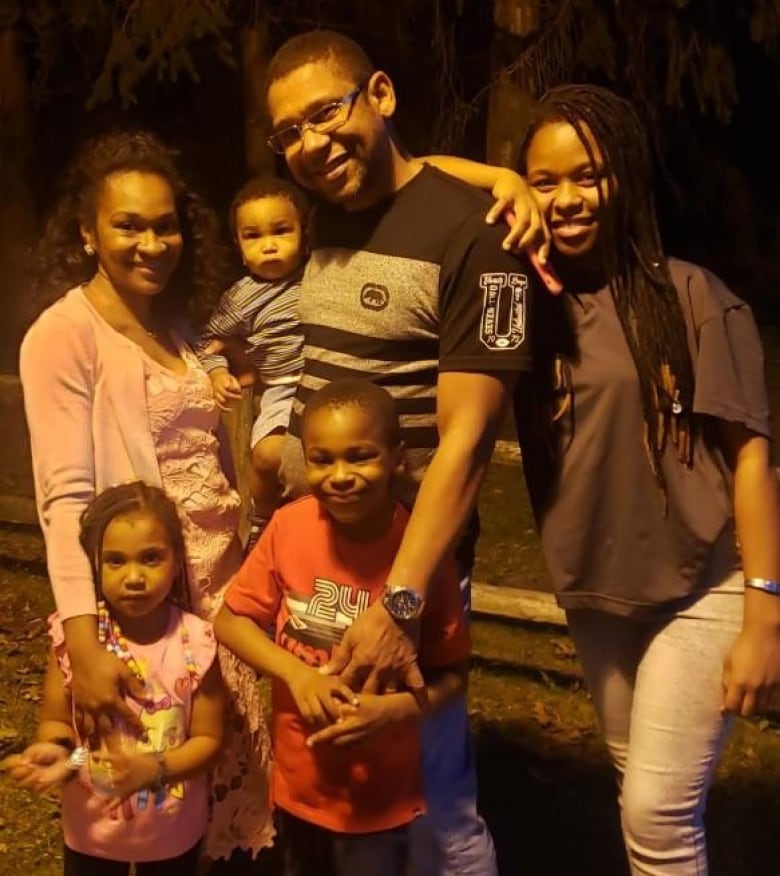 The engineer arrived in Canada from Ivory Coast in July with his teenage daughter, joining his wife and three other children already settled in Granby, Quebec.

Tapé says his family fled Côte d’Ivoire after he and his wife were attacked for their political affiliation. They are trying to start a new life here, but it has been difficult.

“I want to work. I want to help during the pandemic. I want to be useful to the government, ”said Tapé, stressing that he would like to be a worker in the province’s health network.

“I’ve been sitting on the same sofa for seven months.”

But Tapé is not allowed to work, at least not yet.

It normally only takes a few weeks – sometimes up to a month and a half – for Immigration, Refugees and Citizenship Canada (IRCC) to issue a work permit to asylum seekers. But, because of COVID-19, the waiting list is long and growing.

Like thousands of other asylum seekers across the country, Tapé is stuck in limbo waiting for the federal government to grant him a work permit.

No one from IRCC would take an interview, but in an email IRCC spokesperson Derek Abma said getting most of its services online had slowed things down. We don’t know when the pace will return to normal.

He said IRCC is reaching out to applicants to make appointments for eligibility interviews and is trying to be more flexible.

But immigration lawyer Stéphanie Valois says it will take more than that. She has 15 clients playing the same frustrating waiting game as Tapé.

“For asylum seekers, I would say it is particularly stressful because just applying for asylum is already a stressful process,” she said. “They can’t just live their lives.”

Valois says she has heard of applicants who are having difficulty opening bank accounts or renting apartments because they are still waiting for official documents from IRCC.

She says many of these newcomers want to work in the health sector, which means the country is leaving valuable aid on the sidelines during the pandemic. She says something needs to be done, and soon.

A major slowdown, she says, is fingerprinting. Anyone immigrating to Canada, whether or not they claim refugee status, must have their fingerprints. But the buildings where people could do this were closed for months. Valois now says they allow just a handful of people to walk through.

“I think immigration could reopen its offices and just respect [sanitary] conditions, “Valois said. Or, she suggested, they could temporarily suspend the fingerprint requirement.

“[It] it’s been almost a year; the delay is really unreasonable for us. “

In the meantime, Tapé is on social assistance, going up to $ 1,318 per month up to the limit.

After paying the rent, electricity, food and medicine for her one-year-old child, there is nothing left.

He appreciates government help, but prefers to support his family on his own – he says two companies are eagerly awaiting hiring him.

“I am ashamed to say that we had to resort to the food bank,” he said.

Michael * is in the same situation. He fled Lebanon and arrived in Montreal in March, at the start of the pandemic. He worked in the hospitality industry before coming to Canada, after studying hotel management at university.

He is eager to enter Canada’s workforce, but is also waiting for his license. Meanwhile, he also receives social assistance – $ 735 per month, which is less than his rent.

Michael also turned to a food bank to help him overcome this situation. He says it’s depressing.

“The problem is, you are sitting down, you are not doing anything at all. It is healthier to work, to do something to feed yourself, that you can be of help in some way or another,” he said. -he declares.

Robert Falconer, a researcher at the School of Public Policy at the University of Calgary specializing in immigration and refugee issues, says there could be as many as 5,000 asylum seekers awaiting permits of work.

He says some might consider working illegally to make ends meet, but that comes with huge risk.

“Obviously, this jeopardizes their refugee claim. Plus, someone who works under the table might be more exploitable by pernicious or perhaps unscrupulous employers,” he said.

Falconer says the delays end up costing taxpayers – through the income support they receive or the loss of taxpayer money if paid in cash.

He says the delays are magnified because of COVID-19, but that there was a chronic understaffing in the government’s immigration system long before the pandemic.

Michael and Tapé say they are going to wait and don’t want to work illegally. Michael is afraid of what this might mean for his asylum claim.

For Tapé, there is no question of cheating the tax system. “I respect Canadian principles too much,” he said.

USD worth Rs 55.65 lakh collected from two passengers at IGI...