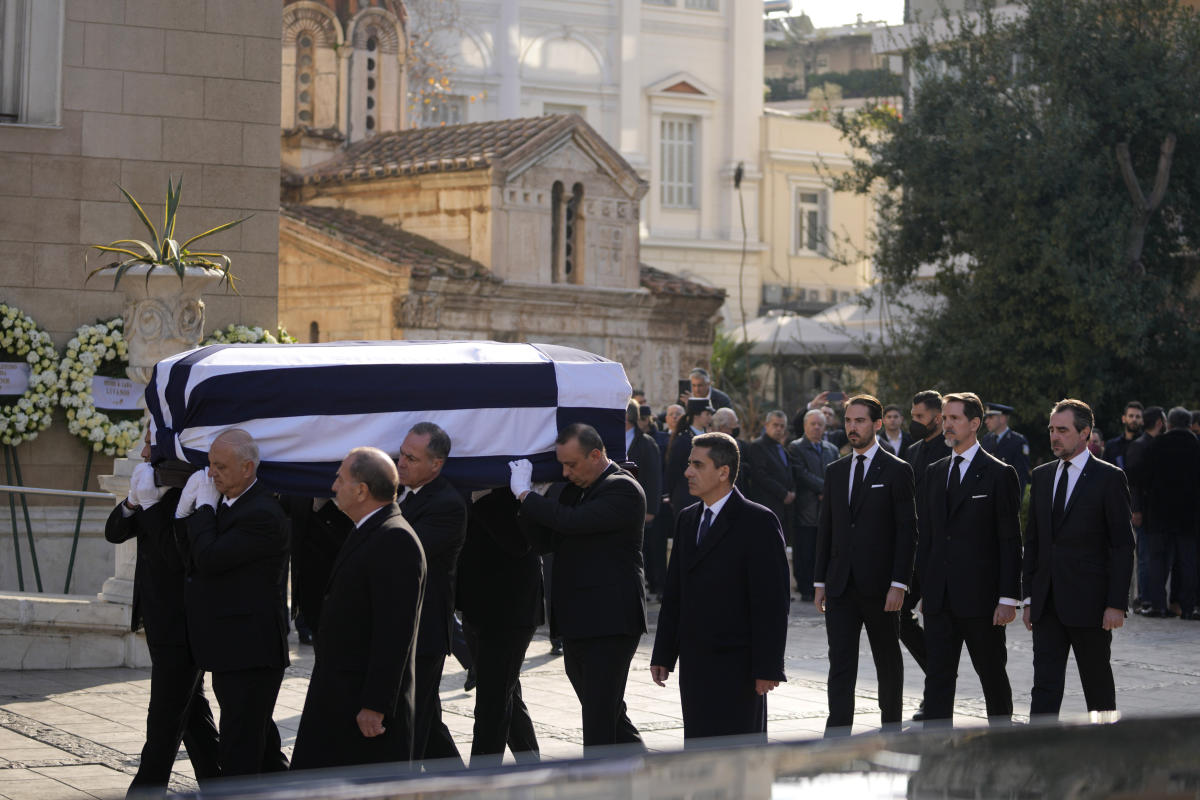 ATHENS, Greece (TBEN) — Thousands of people lined up outside Athens Cathedral before dawn since Monday to pay their last respects to Greece’s former and last king, Constantine, who passed away last week at the age of 82.

The Greek monarchy was finally abolished in a referendum in 1974, and Constantine spent several decades in exile, living mostly in London, before returning to resettle in his home country in his final years.

After his death, the government announced that Constantine would be buried as a private citizen, with no honors reserved for former heads of state, in Tatoi, the former royal estate north of Athens, next to where his parents and ancestors are buried.

Royals from all over Europe, including the Spanish and Danish royal families closely related to Constantine, were in Athens to attend the service and funeral, while hundreds of police officers were deployed to the Greek capital.

Constantine’s wife Anne-Marie is the sister of the Danish Queen Margrethe II, while his sister Sophia is the wife of the former Spanish King Juan Carlos and the mother of the current King of Spain, King Felipe VI.

A limited state in state was permitted in a chapel adjacent to the capital’s metropolitan cathedral, where the funeral service was to be held, and the public was allowed to visit Constantine’s coffin from 6:00 a.m. to 11:00 a.m.