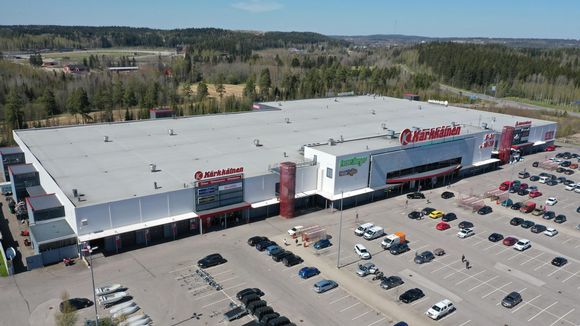 The chances of Finland starting to roll out coronavirus vaccines to children aged 5 to 11 before the end of this year have taken a big step forward, according to the most widely-circulated daily Helsingin Sanomat.

The Finnish National Vaccine Advisory Committee (Krar) is currently reviewing the matter, writes HS, and a report is expected by the end of next month.

“The effect of the disease on children and young people is small compared to the burden of disease in the elderly, but still not negligible,” said the chief medical officer and vaccinologist of the public health agency THL. Hanna nohynek said HS.

“Isolated cases of serious illness have been reported in children. There have also been cases of Long Covid in children around the world, and this too must be taken into account.”

However, there are still a number of steps to go through the process, assuming Krar and THL recommend immunizations for children.

The extension of the Pfizer vaccine to this age group would require a conditional European marketing authorization as well as changes to the legally binding government decree on vaccines.

The tabloid Iltalehti reports that the controversial retail boss Juha kärkkäinen vowed to give up writing Facebook posts that, for example, deny the Holocaust or link the president Sauli Niinistö conspiracy theories and instead devoted more time and energy to his daily work, running his chain of department stores in the basement.

“Out of respect for the company’s employees and suppliers, I have decided to stop publishing statements on political issues or other issues that concern other people,” IL said, quoting Kärkkäinen.

The retailer caused a stir over the weekend when, as IL also reported, it called the Finnish president a “henchman Nwo”, a reference to the New World Order (NWO) conspiracy theory. – popular among far-right keyboard warriors – who claim that a secret power elite intends to rule the world.

Kärkkäinen has now apologized to the president, writes IL, and anyone else who “may have been offended” by his social media posts or statements.

The retail mogul has a lot of experience dealing with self-inflicted damage to his company’s brand. In 2015, a number of large Finnish companies – including Finlayson and Fiskars – severed all ties with the department store chain following Kärkkäinen’s publication of “disgusting propaganda” in a free newspaper.

These companies, however, remain unresponsive to Kärkkäinen’s latest apologies and told IL they intend to keep their products out of its stores, with Oulu-based Kaleva also reporting that local ice hockey team Kärpät is reconsidering now its sponsorship agreement with the channel.

Kärkkäinen has also already made headlines due to his close ties to far-right groups and a conviction for agitation against an ethnic group.

And that’s not all. Over the summer, he urged his employees not to take the coronavirus vaccine, urging them to “do their own research” by posting anti-vaxx videos and links through the company’s internal communication channel. business.

The winner takes it all

Ilta-Sanomat has videos of all the goals from a thrilling penultimate day in the top level of Finnish football on Wednesday night.

A relentless 1-0 win for Helsinki-based HJK over city rivals HIFK means they now lead KuPS de Kuopio – who drew 2-2 at Seinäjoki against SJK – by just one point with a only game to play.

And what is this game? Yes, it’s KuPS vs. HJK in Kuopio on Sunday night at 5:00 p.m., giving Finnish football fans the rare drama of a final day, winner takes it all.

The scenario is simple: if KuPS wins, they are the champions. If they don’t, HJK will take the crown.

“You don’t play against the championship makers every day”, KuPS captain Anton Popovich said after the game of his team. “We’re just going to enjoy this week while we have this great opportunity. I hope we win on Sunday and lift the trophy.”

Ministries: test arrivals from countries where the Omicron variant has been found, avoid travel to southern Africa