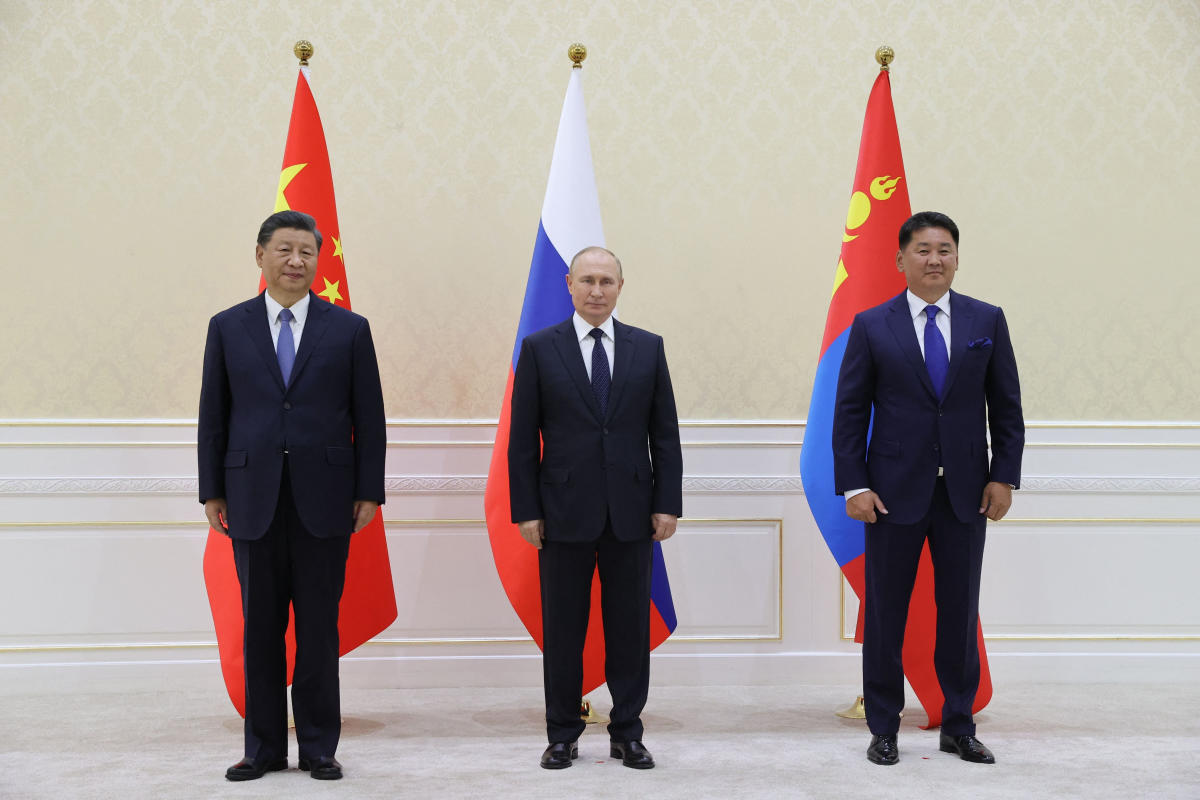 As China and Russia become increasingly isolated from the West, the latest meeting between their two leaders sends a clear message: they still have each other.

Chinese President Xi Jinping and Russian President Vladimir Putin met in Uzbekistan on Thursday on the sidelines of a regional summit, demonstrating their ambition to counterbalance America’s global dominance.

The meeting came at a delicate moment for both leaders, with Putin facing major setbacks in his war against Ukraine and Xi experiencing an economic slowdown at home as his ‘zero Covid’ policy keeps tens of millions of people in lockdown and alienates international investors.

Xi’s trip to Central Asia this week, which began with a state visit to Kazakhstan, marked the first time he had left China since the start of the pandemic, more than 2 1/2 years ago.

“It’s certainly important that this is the first foreign trip Xi Jinping has taken so long,” said Joseph Torigian, an assistant professor at American University who studies Russia-China relations, “and it’s happening in a very interesting way.” moment.”

Xi has sought to strike a balance in his dealings with Putin, not condemning the Russian invasion while making sure not to violate international sanctions, and is not expected to change his approach despite Ukraine’s recent advances.

But “the meeting itself at such a critical time for the Russians is quite a dramatic statement of support,” Torigian said.

In comments at the beginning of the meeting, Putin praised Xi for his “balanced stance” on Ukraine, but said he understood Beijing had “questions and concerns” about the conflict, Reuters reported.

He also expressed strong support for China over Taiwan, the self-governed democracy that Beijing claims as its own territory. International tensions over the issue arose last month when House Speaker Nancy Pelosi visited the island, prompting China to respond with a series of unprecedented live-fire drills.

“We intend to stick to the ‘One China’ principle,” Putin said. “We condemn provocations by the United States and its satellites in the Taiwan Strait.”

China sees Russia as an important partner, but it also doesn’t want to jeopardize access to Western markets and technology by giving the impression that it will enable Putin’s war in Ukraine, said Alexander Gabuev, a senior fellow at the Carnegie Endowment. for International Peace.

“I think they’re very comfortable on this fence,” he said.

For Putin, meeting Xi – the leader of the world’s second-largest economy – is an opportunity to show that Russia is not as isolated as the West would suggest, Gabuev said, noting that Putin is also expected this week. Narendra will meet. Modi, the Prime Minister of Democratic India.

China and Russia share a similar vision for a multipolar world less dominated by the United States, a world that emphasizes economic relations and non-interference in other countries’ politics, including human rights violations.

That philosophy was on display during Xi’s state visit to Kazakhstan, where he wrote in an article published this week that the two countries should “reject unilateralism and bloc confrontation, and jointly push for an international order that is fairer and fairer.”

Xi, who stayed home far longer than any other leader of a group of 20 nations, last traveled abroad in January 2020, when he went to Myanmar, days before the Chinese city of Wuhan went into lockdown amid a growing coronavirus outbreak. His first trip outside mainland China was to the Chinese territory of Hong Kong for the July 1 anniversary of Britain’s handover.

After his visit to Kazakhstan on Wednesday, Xi continued to neighboring Uzbekistan for a meeting of the Shanghai Cooperation Organization, a security alliance led by China and Russia.

The eight-member group, which also includes India, Pakistan and four Central Asian countries, represents more than 40 percent of the world’s population and about a quarter of the world’s gross domestic product.

Xi and Putin’s sideline meeting at the summit was their first since February, when the two leaders announced a “no borders” partnership at a meeting in Beijing weeks before Russia’s invasion of Ukraine. The two men have met dozens of times since Xi became president in 2013.

China has been a lifeline for Russia amid mounting international sanctions, particularly as a destination for its energy exports; Russia has been China’s main oil supplier in recent months. Total trade between the two countries increased by about a third in the first eight months of the year, according to Reuters.

Putin’s recent losses have only increased Xi’s influence in the relationship, Gabuev said, with the potential for long-term strategic gains.

Russia is especially eager to gain China’s support since the Ukrainian counter-offensive. A statement from Moscow after a visit last week by Li Zhanshu, China’s No. 3 official, said he told Russian lawmakers that “China understands and supports Russia on issues that represent its vital interests, especially the situation in Ukraine.”

Chinese state media reports made no mention of Li’s comments about the conflict.

Xi’s journey is also notable because it precedes a twice-per-decade meeting of the ruling Communist Party in China, where he is widely expected to secure an unprecedented third term in office. The meeting is usually preceded by intense political jockeys; Three months before the last party congress in 2017, Xi stopped traveling internationally.

“The fact that he is now going abroad suggests that he has a lot of confidence in the situation at home,” Torigian said.

While the Russia-China partnership is not based on shared values ​​in the same way as alliances like US-led NATO, experts say it is based on shared interests and benefits both sides, even if Russia benefits slightly less. .

Who is the French writer Annie Ernaux, who won the Nobel Prize 2022? Know her remarkable works on sexual encounters, abortion

WHO alarm over Indian-made cough syrups after deaths in Gambia