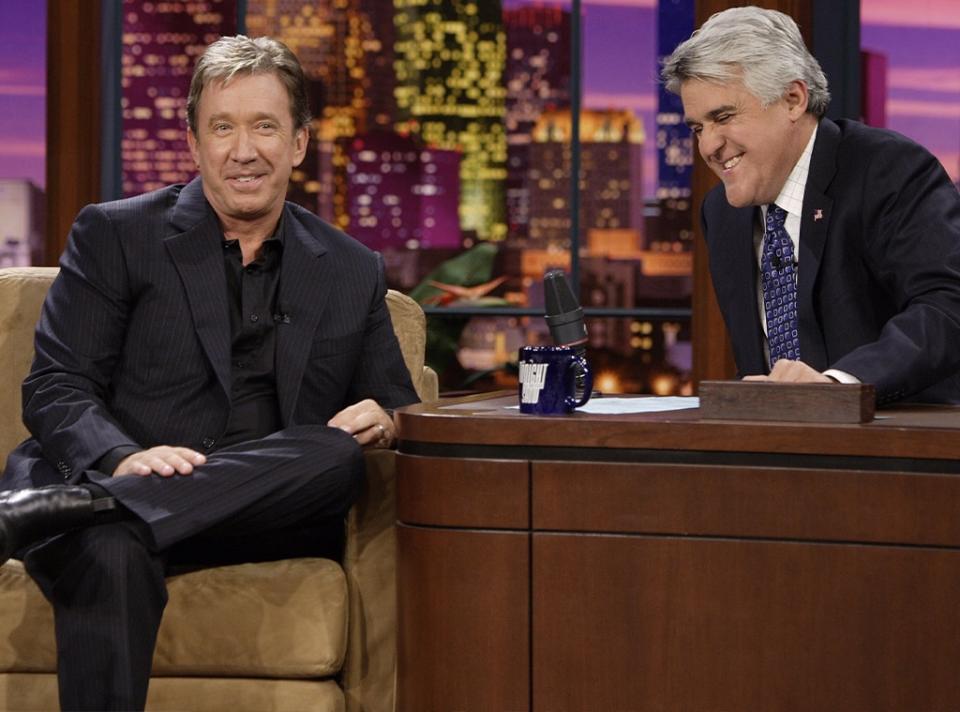 The Toy Story actor spoke to paparazzi outside the Grossman Burn Center on Nov. 17 and said Leno felt better after the comedian suffered burns from a gasoline fire.

“He feels better,” Allen said in the video. “We made some jokes, and that’s what we do. We felt sorry.”

Allen said that Leno’s face will not be disfigured as a result of the burns, and joked that the former Tonight Show host will look like actor George Clooney once he recovers.

“He’s handsome and he’s happy,” Allen said. “The hospital is doing a great job taking care of him.”

Allen’s visit comes three days after Leno made his own statement about the incident on Nov. 14.

“I suffered severe burns from a gasoline fire,” Leno said in a statement. “I’m fine. I just need a week or two to get back on my feet.”

The Grossman Burn Center in Los Angeles also confirmed that Leno is doing well after the burns.

“Jay Leno is in stable condition,” the statement read, per KTLA, “and he is being treated here at the burn center on his face and hands following a gasoline accident in his garage over the weekend.”

“He walks around and he jokes. I can tell you he’s incredibly nice to our nursing staff,” Grossman said. “He has appreciated everyone here and he is an ideal patient and someone who understands the seriousness of his injury.”

For the latest breaking news, click here to view the E! News app