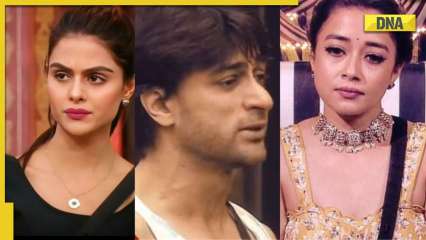 Shalin Bhanot has become a laughing stock for Tina Datta and Priyanka Chahar Choudhary. In yesterday’s episode of Bigg Boss 16, both girls mock and imitate Bhanot. After Soundarya’s departure, Shalin feels lonely. Other housemates including Shiv Thakare, MC Stan, Archana Gautam and Sumbul Touqeer seem uninterested in hanging out with him.

Shalin tries to fit in the conversation with Shiv and Archana, but the latter mocks and argues with him, and this broke him further. Shalin confronts Nimrit and says he doesn’t want to offend Tina anymore. “They’re out to make me look horrible. I’ve ignored it countless times. I’m not a failure. I beg her not to provoke me. I’ve got stories to tell and you’re a girl. I can’t live it of a girl, she has to get married outside.He stated that all claims made by Tina about him prior to planning the game are false.Shalin even told Shiv that if a man does the same, it would be called eve teasing, but if a woman does it, it’s normal.

Here are some of the responses

It’s such a shame that her fans endorse it. He doesn’t even respond. Teeno milke chade hai uspe. He even cries and consults a psychiatrist. You banegi winner? Esi. It’s inhumane! — Sonal (@Sonal00342814) January 23, 2023

With the top 8 entrants, Bigg Boss 16 will come to an end with the grand finale on February 12