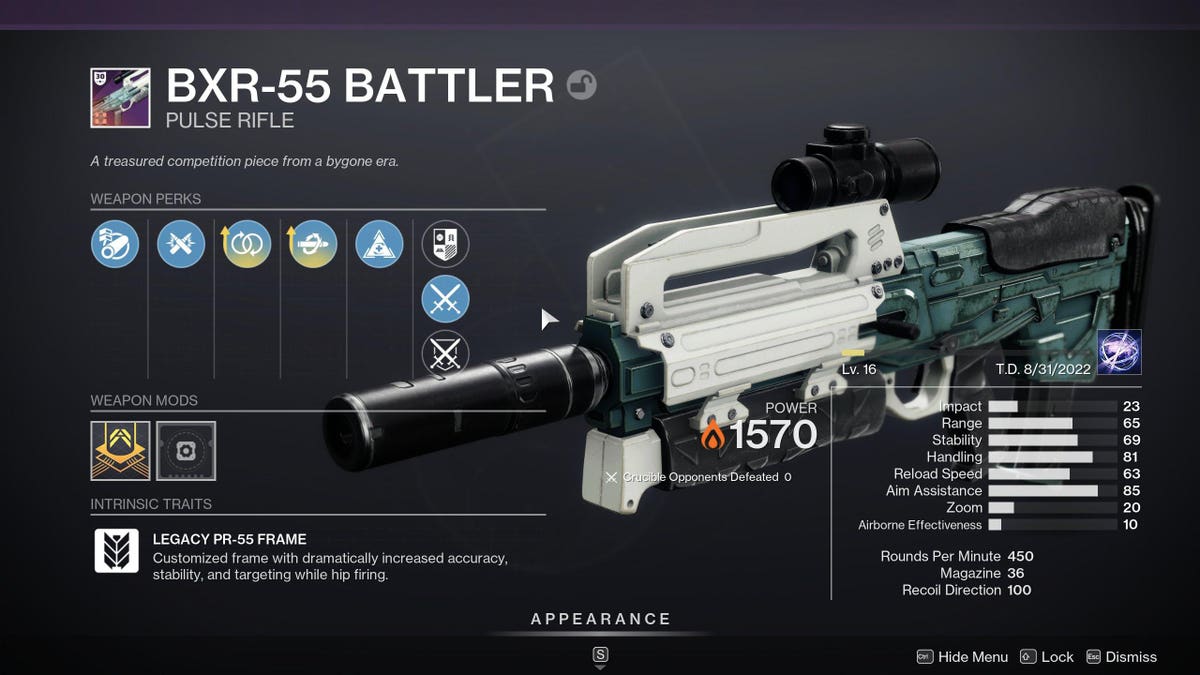 The most popular activity in Destiny 2: Season of Plunder is… Dares of Eternity? Yes, we’re going back in time to last winter when the free-to-play activity was introduced for Bungie’s 30th anniversary, along with a ton of weapons inspired by past Bungie games, including Halo.

Those weapons were in demand at the time, but to engage new players with the crafting system in Destiny 2 a little more, Bungie has now done three things:

1) Made all Dares of Eternity weapons craftable

2) They got new perks pools

3) Given them an origin mark

So your old god throws those weapons away? Waste! Time to farm again and get improved benefits and origin traits. The one weapon that everyone in particular seems to want is the BxR-55 Battler, essentially Halo’s Battle Rifle, which is powerful in PvP, but can now also be fun in PvE with a glowing roll.

However, it is a bit difficult to craft these weapons for crafting. They all require five patterns, minus one, and there is no way to target farm specific patterns. So, how do you maximize your chances here?

The other half – What was once the hardest weapon to find will now be the easiest to make. All Other Half drops are now deepsight drops and you only need one pattern to make it. Even I, in my perpetual quest to get the sword last year, got this in a short time when I returned to Dares. So this one is a gimme.

Weekly Highlight – Bungie has now made it clear that if you complete the 250,000 score pinnacle quest once per account, per week, you are guaranteed to get one red frame drop. l think it’s guaranteed to be a pattern for a pattern you haven’t completed yet, but I have to confirm that. Either way, you should do this every week. While it’s possible to get that score on a normal run, you’ll probably want to do it on Legend.

All bounties, all characters – You should maximize your paraversal-haul pack intake, as that will give you up to three keys (and as such, three weapon drops) per box if you’re lucky. So that means you have to make sure you do all the bounties for your characters every week. And if you have extra coins, buy… paraverse transport boxes.

farm legend – This is probably the only advice to maximize your farming overall. While it’s annoying that the legend doesn’t have matchmaking, it’s arguably much easier than usual because you are guaranteed to have infinitely heavy ammo for two of the three sections, because you always know who will be boss. Beyond that, higher scores means you’ll see more Lightning bonus rounds, giving you three extra chests and more keys that way.

Those are my main pieces of advice, but let me tell you, you can do everything right and it still comes down to RNG. After dozens and dozens of keys and bounties and weekly rewards, I’m still on a thick zero Battler cartridges, though I’ve finished both swords and progressed with all the other weapons. That’s the crafting grind baby!