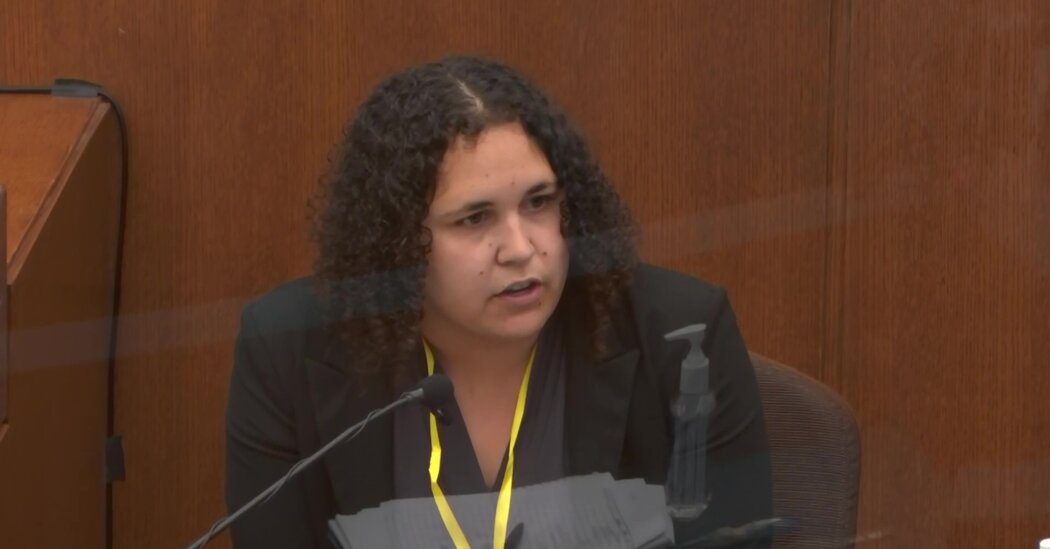 A use of force expert called by prosecutors testified Wednesday that Derek Chauvin, the police officer charged with the murder of George Floyd, used “lethal force” when it was appropriate not to use any.

The expert, Sgt. Jody Stiger, who works with the Los Angeles Police Department’s Office of the Inspector General, also said Mr. Chauvin put Mr. Floyd at risk of positional asphyxiation or oxygen starvation. His testimony could corroborate one of the prosecution’s main claims: that Mr. Floyd died of asphyxiation because Mr. Chauvin knelt on top of him for more than nine minutes.

Senior Special Agent James D. Reyerson of the Minnesota Bureau of Criminal Apprehension, whose agency is investigating police use of force, briefed jurors on the bureau’s investigation into Mr. Floyd’s death and told stated that Mr. Chauvin had shouted, “I do not take drugs”, while he was handcuffed. Here are the highlights for Wednesday.