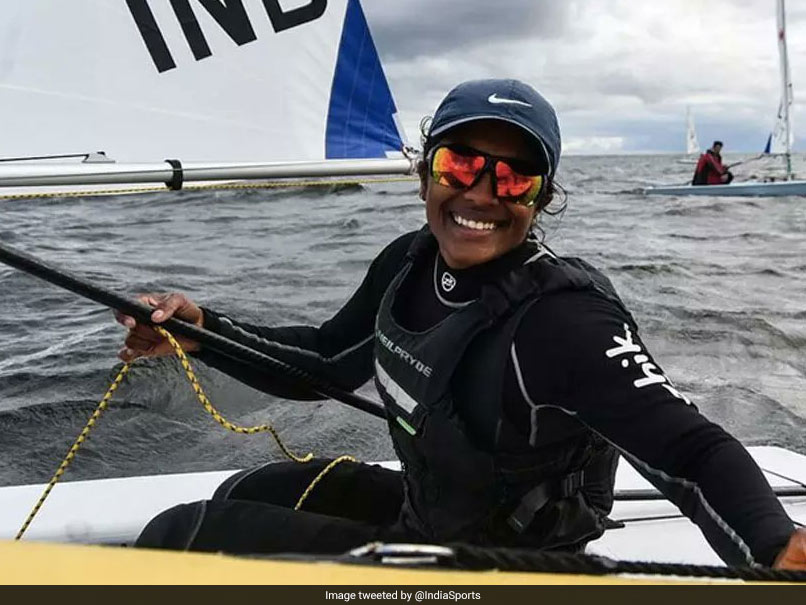 In a historic first for India, four sailors from the country will compete in this year’s Olympics after Vishnu Saravanan and the duo of Ganapathy Chengappa and Varun Thakkar traveled to Tokyo during the Asian qualifiers in Oman on Thursday. This was after Nethra Kumanan on Wednesday became the first Indian woman to qualify for the Olympics in the Mussanah Open Championship laser radial event, which is an Asian Olympic qualifying event. It is also the first time that India has competed in three sailing events at the Olympics.

So far, India has only competed in one event in all previous Olympics, although two sailors have represented the country four times.

“Yes, history has been written. Four Indian sailors qualified for the Olympics to compete in three events. This is the maximum number of qualified sailors and also the number of events,” said Captain Jitendra Dixit , co-secretary general of the Yachting Association of India.

“Nethra has already qualified on Wednesday and today Vishnu and the duo of Ganapathy and Varun did.”

On Thursday, Saravanan was the first to qualify for the Tokyo Games in the Laser Standard Class after finishing second overall.

Later, the duo of Chengappa and Thakkar finished at the top of the points table in the 49er class. Both had won bronze medals at the 2018 Asian Games in Indonesia.

“I congratulate Indian athletes Nethra Kumanan, KC Ganapathy and Varun Thakkar who qualified for the Tokyo Olympics in sailing. I am especially proud of the quota of Nethra, who is the very first Indian seawoman to qualify for the JO! ” tweeted Sports Minister Kiren Rijiju.

Two sailors form a team in the 49er class while the laser class is a single sailor event.

In addition, two sailors qualify for the Tokyo Olympics from laser class events while only one team can do so in the 49er class.

Saravanan was third until the penultimate day on Wednesday, but won the medal race on Thursday to move up to second overall with 53 points and reserve a quota at the Tokyo Olympics.

“Our athletes are making their mark in all disciplines!” Rijiju said.

The Indian beat the Thai Keerati Bualong (57 points), second until Wednesday, for the place at the Tokyo Games.

“Until Wednesday, Vishnu was third behind the Thai sailor while both were on the same points. Today in the medal race, Vishnu finished first and so naturally he finished above the Thai sailor on the board. points, ”Dixit said.

“Two sailors qualified for the Olympics in laser class and Vishnu finished second. The Singapore sailor was way above Vishnu before today and therefore Vishnu could not dislodge him (from the first position) . “

Kumanan finished sixth in the laser radial category medal race on Thursday, but still finished second overall with 30 points to secure his place in the Olympics.

Dutch Emma Savelon (29 points), who finished fourth in the medal race on Thursday, dominated the standings but cannot be considered for the Asian qualifying spot.

There have been four instances where two Indian sailors qualified for the Olympics earlier, but they took part in the same event.

Tarapore – in his third Olympics – and Cyrus Cama competed in the same 470 class at the 1992 Barcelona Games before Malav Shroff and Sumeet Patel competed in a 49er class single scull at the 2004 Athens Olympics.