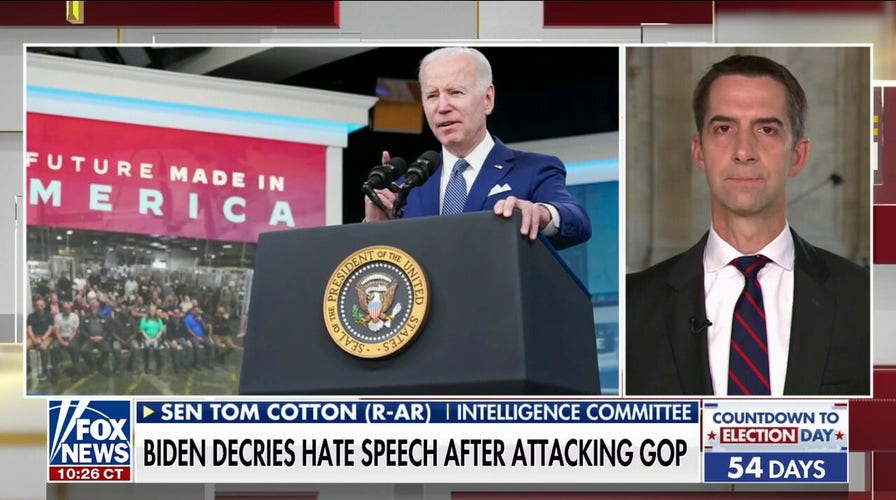 sen. Tom Cotton, R-Ark., joined “The Faulkner Focus” on Thursday to criticize President Biden for his divisive rhetoric against Republicans, arguing that it is intended to distract Americans from the failed policy. from the government.

TOM COTTON: The president wants to try to fuel this division to distract from the failures of his administration. Inflation is still on as high as in 40 years. People struggle to pay the bills at the supermarket or the utility bills at home. You have crime that is increasing all over America. Unfortunately, it seems like every night we see a different horrific murder in the news in one of America’s major cities. That border is totally chaotic and unmanageable. The president’s failures abroad have helped to create the conditions for China and Russia closer together. This president’s failures are everywhere you look, and I think the American people will hold the Democrats accountable for them in a few months.

WATCH THE FULL VIDEO BELOW: