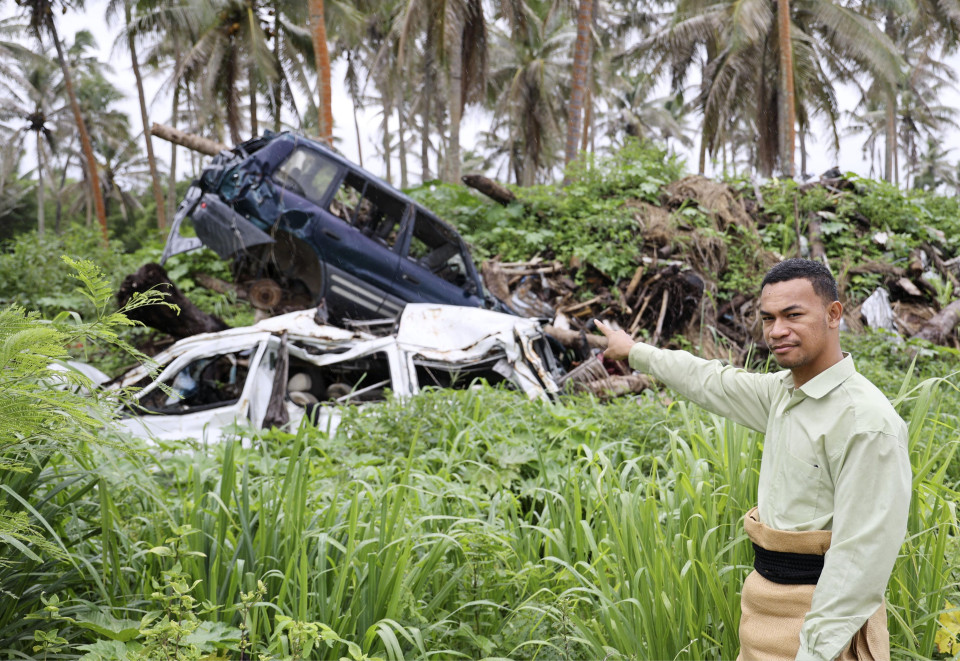 NUKU’ALOFA — Sunday marked a year in Tonga since three people died in a devastating volcanic eruption and ensuing tsunami that caused widespread devastation as the Pacific nation made steady progress rebuilding damaged homes and infrastructure.

The eruption of the Hunga-Tonga-Hunga-Ha’apai submarine volcano last January was one of the largest on record in modern times, spawning a tsunami across the Pacific Ocean and causing extensive damage to homes, infrastructure and disruption to the natural environment. water supply and communication networks in Tonga.

Photo taken on Jan. 5, 2023, near Nuku’alofa, Tonga, shows cars smashed after being swept away by a tsunami. (TBEN)

Recovery efforts have been smooth, although initially hampered by the coronavirus that entered the country while delivering foreign aid. All volcanic ash and debris have been removed from villages and roads on the main island of Tongatapu, and life has returned to normal for much of the population.

Acting Prime Minister of Tonga, Samiu Vaipulu, spoke at a memorial exhibition organized by the government on Friday, paying tribute to the massive response from donor countries, international partners and the Tongan diaspora, according to a statement on the Facebook page of the Prime Minister’s press team. 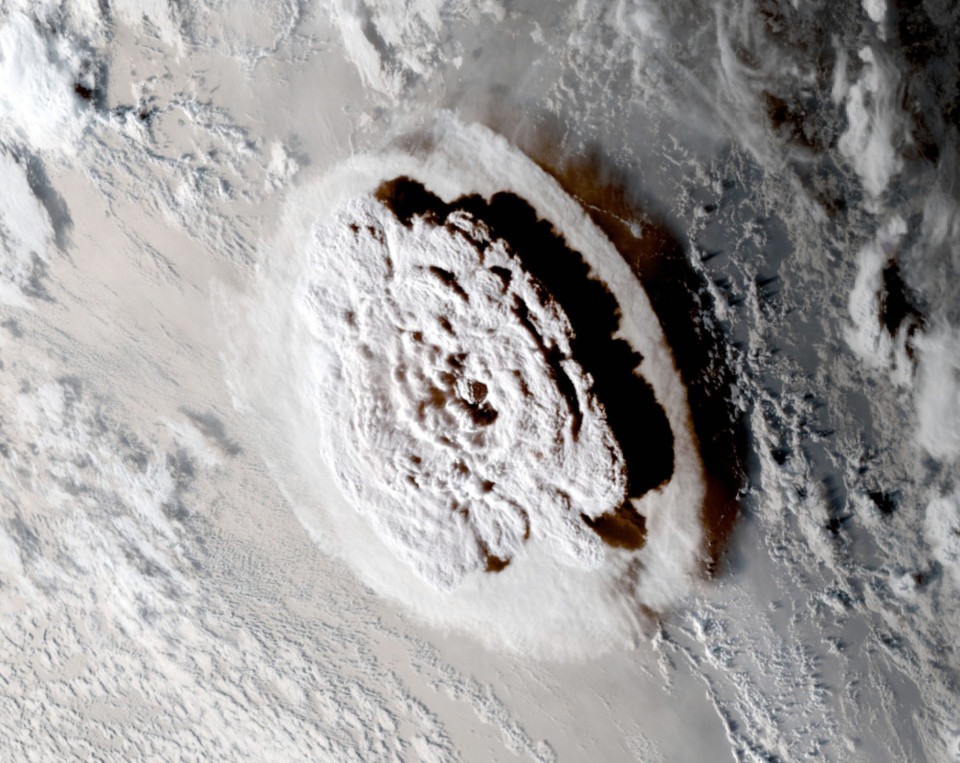 “The unprecedented volcanic eruption received unprecedented assistance,” the statement said. “This assistance is still needed for the medium to long-term recovery phase and continues to be provided by local, regional and international partners.”

In December, a few weeks before the anniversary, the inhabitants of the low-lying outer islands of ‘Atata and Mango’ were permanently relocated to new settlements on the main island of Tongatapu and the third largest island of ‘Eua’ respectively. 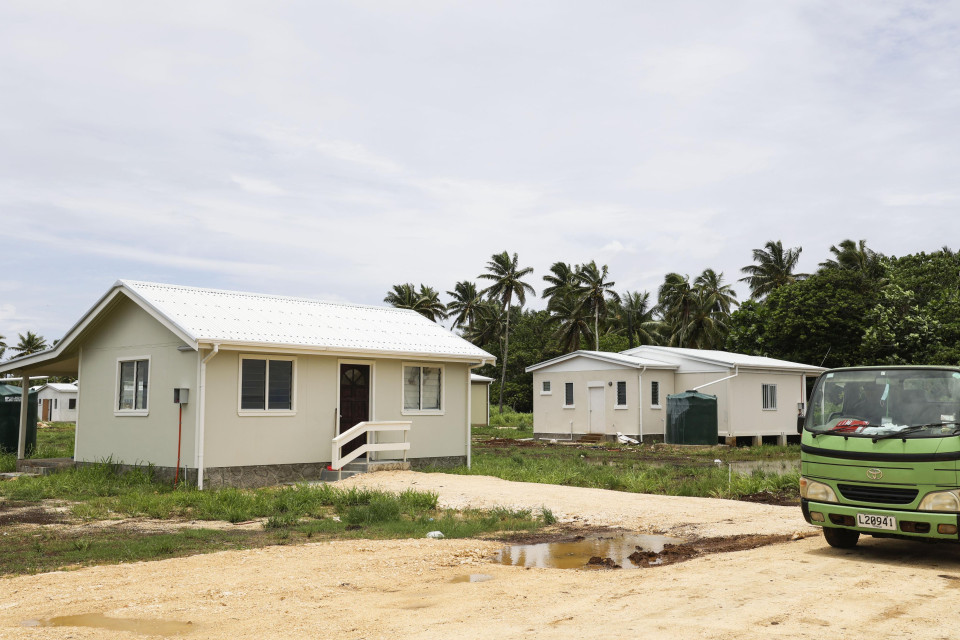 On January 5, 2023, a new village for ‘Atata Islanders is pictured near Nuku’alofa on Tonga’s main island of Tongatapu. (TBEN)

Villages on the ‘Atata and Mango Islands close to the volcano were almost completely destroyed by the disaster and have remained uninhabited ever since.

Dorothy Folau, 46, of ‘Atata Island, spoke to TBEN News earlier this month shortly after moving into one of 22 houses built in the newly opened village of ‘Atata Si’i, or ‘Atata junior, on Tongatapu .

While the one-bedroom home provided by the government isn’t big enough for her family, Folau said they’re just happy to finally have a base. Although she loves ‘Atata Island, Folau said she wanted to move because the island would continue to be threatened by future disasters and sea level rise. 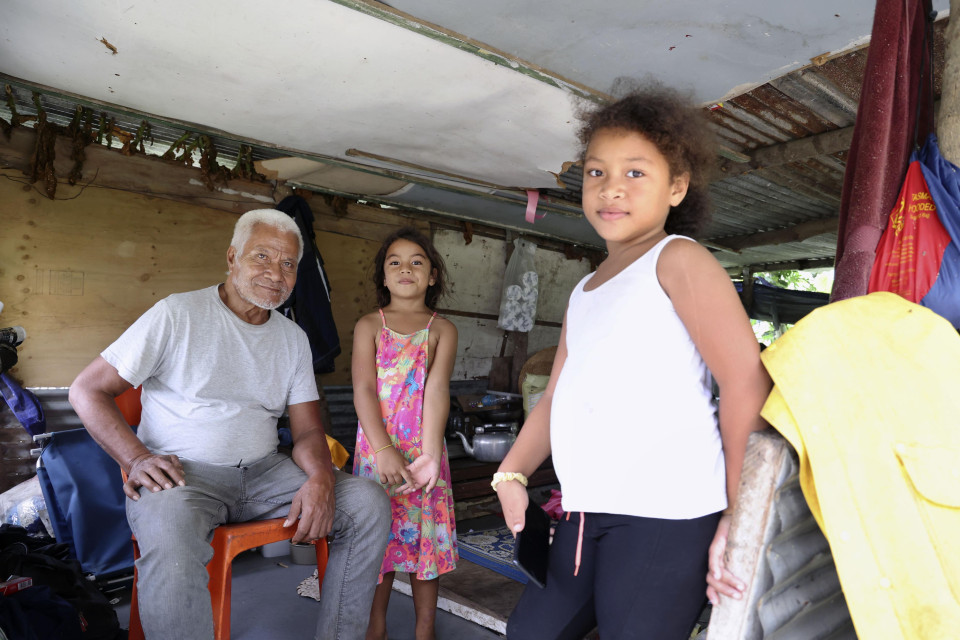 Members of a family pose for a photo on Jan. 5, 2023, in a cabin they’ve been staying in near Nuku’alofa in Tonga since losing their home to a tsunami. (TBEN)

However, for residents of Kanokupolu, a village on the west coast of Tongatapu severely damaged by the disaster, delays in a relocation project are causing frustration and grief as families continue to live in makeshift shelters, tents or damaged homes.

Siosi’ana Lealiki, 71, lives with her family of five in one small room, the only part of her home that survived the tsunami. Her son and daughter-in-law sleep in a bed on the back of a pickup truck parked alongside, sheltered from the elements by a tarpaulin. 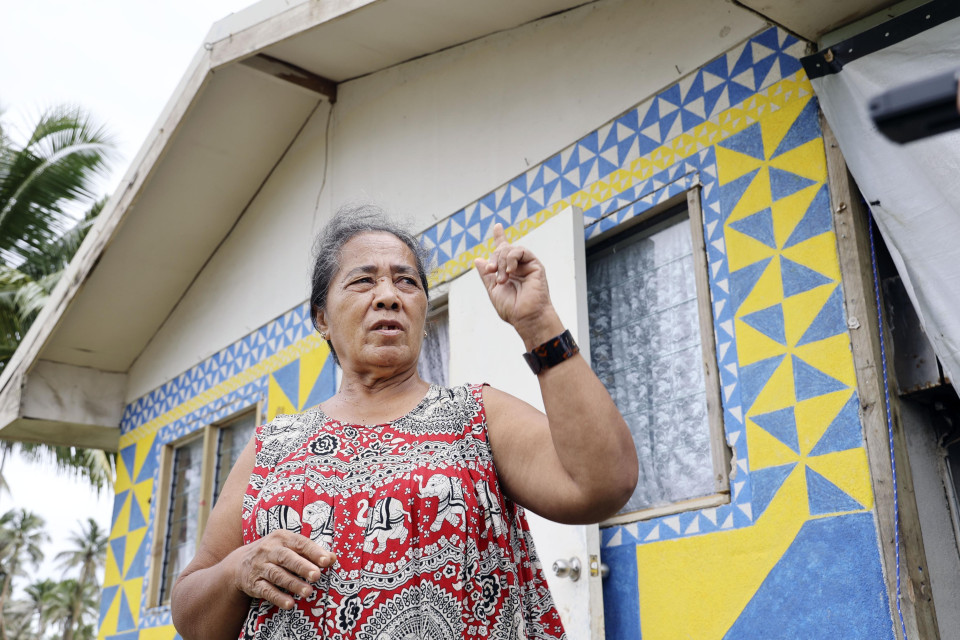 Siosi’ana Lealiki, who lives in a single small room with her family of five, is photographed near Nuku’alofa on January 5, 2023. (TBEN)

According to Lealiki, the conflict over land allocation in the new settlement in another part of Tongatapu has delayed the relocation project, while construction has yet to begin.

With no moving date in sight, Lealiki said her family can’t wait much longer as they fear another disaster.

About 84 percent of Tonga’s population was affected by the disaster, which caused an estimated $90.4 million in damage, according to the government.

International aid played an important role in the recovery process, including missions from Japan, the United States and Australia. 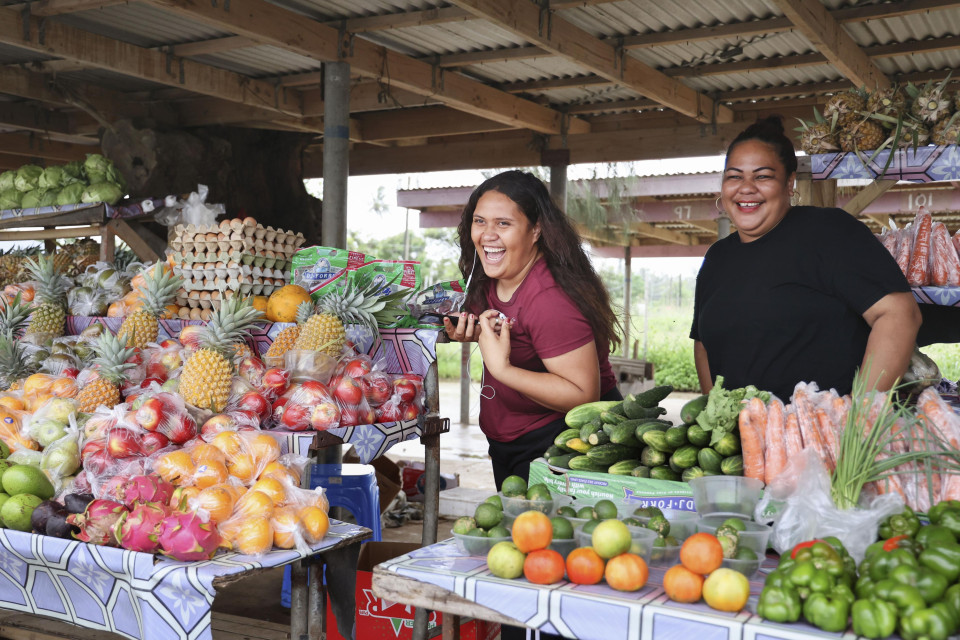 Women sell fruit at a stall in Nuku’alofa, Tonga’s capital, on Jan. 4, 2023, when fruit harvest resumed about half a year ago after a lull with volcanic ash blanketing orchards. (TBEN)

6 months after eruption, tsunami, Tongans look to the future