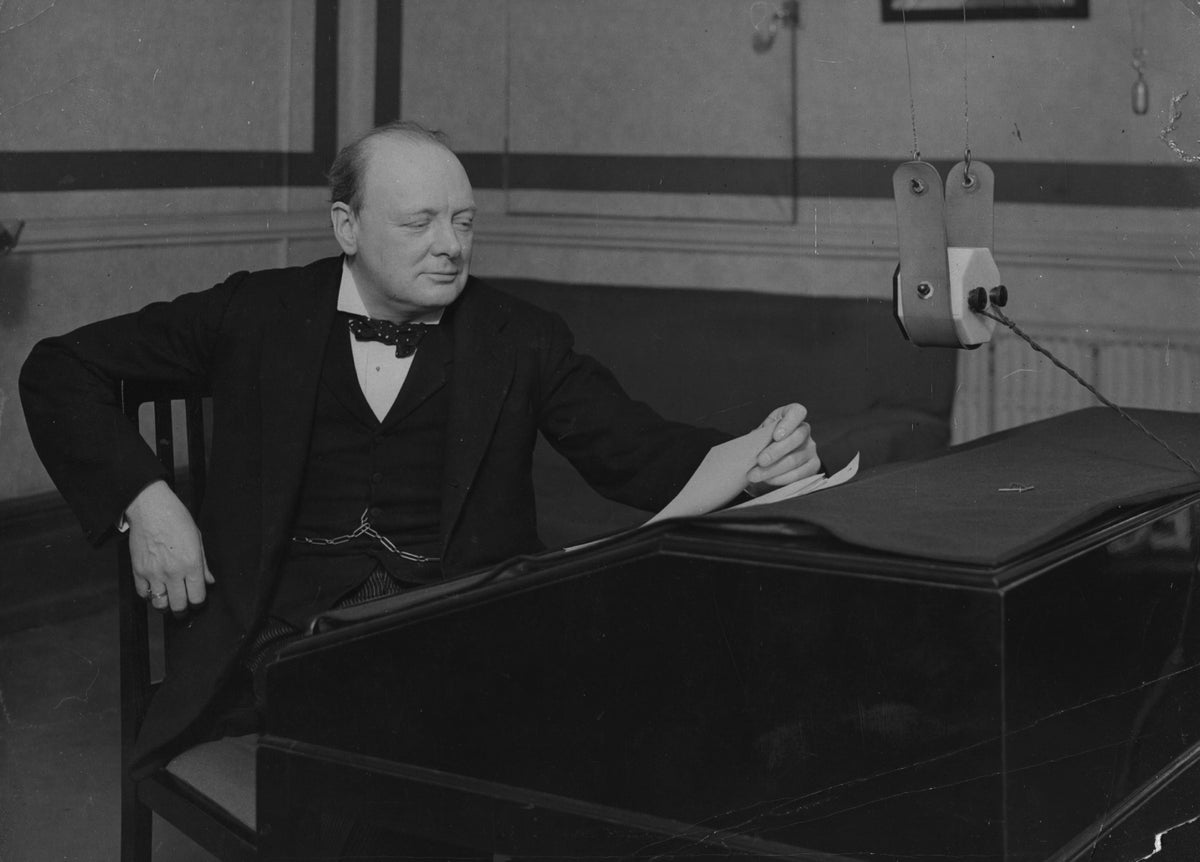 This list started when Sam Freedman asked, “What is the most famous paragraph of a British political speech of the last 40 years?” We agreed it belonged to Neil Kinnock (No. 6), and I extended the qualifying period to 1945. Back in the day, before TBEN went digital-only in 2016, and before Twitter raised its character limit the following year, Top 10s usually consisted of entries no longer than 140 characters. But now there are no boundaries, so I asked for whole paragraphs, an argument, not just pithy sentences.

1. Winston Churchill, Leader of the Conservatives, University of Zurich, 1946. “Yet all the while there is a means which, if universally and spontaneously adopted by the vast majority of the people in many countries, if by some miracle the whole scene should change and in a few years make all of Europe, or most of it, as free and happy as Switzerland is now. What is this sovereign remedy? It is to recreate the European family, or as many of them as possible, and to give it a structure under which it can live in peace, security and freedom. We have to build a species United States of Europe. Only in this way will hundreds of millions of toilers be able to regain the simple joys and hopes that make life worth living. The process is simple. All that is needed is the determination of hundreds of millions of men and women to do right instead of wrong and be rewarded with blessing instead of cursing.” Nominated by Paul T Horgan.

2. Harold MacMillan, Prime Minister, Cape Town, 1960. “During the twentieth century, and especially since the end of the war, the processes that led to the emergence of the nation-states of Europe have been repeated around the world. We have seen the awakening of national consciousness in peoples who have lived dependent on another power for centuries. Fifteen years ago, this movement spread through Asia. Many countries of different races and civilizations claimed an independent national life there. The same thing is happening in Africa today, and the most striking of all the impressions I’ve had since I left London a month ago is that of the power of this African national consciousness. It takes different forms in different places, but it happens everywhere. The wind of change blows through this continent, and whether we like it or not, this growth of national consciousness is a political fact. We must all accept it as fact and our national policies must take it into account.” Thanks to Ryan Flack.

3. Hugh Gaitskell, Labor leader, Brighton, 1962. “If you want to have a democratic Europe, if you want to control the functioning of Europe democratically, you have to work towards a form of federalism and, as someone else says, really mislead the public. That’s a bull’s-eye for Mr. Bonham Carter [Mark, Liberal former MP who denied his party advocated federalism]. Now we need to be clear on this, it means, if this is the idea, the end of Britain as an independent nation state. I don’t apologize for repeating it, the end of a thousand years of history. You could say, “Okay, let it end.” But, my goodness, it’s a decision that needs some care and attention. And it does indeed mean the end of the Commonwealth; how can one really seriously suppose that if the motherland, the center of the Commonwealth, is a province of Europe, meaning federation, it could continue to exist as the motherland of a series of independent nations; it is pure nonsense.” Another one from Ryan Flack.

4. James CallaghanPrime Minister, Blackpool, 1976. “We used to think that money could get you out of a recession and increase employment by cutting taxes and increasing government spending. I tell you in all candor that that option no longer exists, and that, if it ever existed, it has only worked since the war by injecting a larger dose of inflation into the economy, followed by higher unemployment as the next step. Higher inflation followed by higher unemployment. We just escaped the highest inflation this country has seen; we have not yet escaped the consequences: high unemployment.”

5. Michael Foot, Labor spokesman and candidate for party leadership, House of Commons, 1980. “In my youth, a long time ago, when I lived in Plymouth, I used to go to the Palace Theater every Saturday night. My favorite act was a magician magician who used to sit in the back of the audience a man dressed as a prominent alderman. The magician magician used to say that he wanted a nice watch from a member of the audience. He would go to the alderman and eventually take him a beautiful gold watch. He brought it back to the stage, wrapped it in a nice red handkerchief, placed it on the table in front of us, took out his hammer, struck the watch and smashed it to smithereens. Then his face would have exactly the surprised look of the Secretary of State for Industry [Keith Joseph]. He stepped to the front of the stage and said, “I’m very sorry. I forgot the rest of the trick.’ That is the situation of the government. They forgot the rest of the trick. It doesn’t work.” Courtesy of Jonathan Allan.

ALSO READ  On this day in 2013: Wilfried Zaha agrees a £10 million move to Manchester United

6. Neil Kinnock, Labor leader, Bournemouth, 1985. “I’ll tell you what happens to impossible promises. You start with far-fetched intentions. They are then pickled into a rigid dogma, a code, and you go through the years clinging to it, obsolete, misplaced, irrelevant to real needs, and you end up in the grotesque chaos of a Labor Council – a Work council – hire taxis to drive around a city issuing notices of dismissal to its own employees. I tell you, no matter how entertaining, how satisfying it is to short-term egos – I will tell you and you will listen. I’m telling you, you can’t play politics with people’s jobs and people’s services or their homes.”

8. Jeffrey Howe, resigning as Deputy Prime Minister, House of Commons, 1990. “The conflict of loyalty, of loyalty to my dear friend the Prime Minister – and after two decades together that loyalty instinct is still very real – after all – and of loyalty to what I see as the true interests of the nation, has grown all too great. I no longer believe that it is possible to resolve that conflict within this government. That’s why I resigned. In doing so, I have done what I think is right for my party and my country. It’s time for others to consider their own response the tragic conflict of loyalty that I myself may have wrestled with for too long.” Nominated by Declan Ryan and Clifford Williamson.

9. Tony Blair, Prime Minister, House of Commons, 2007. “Some downplay politics, but we know that people hold it in high esteem. And while I know it has its many hard claims, it’s still the arena that gets the heart racing. It can sometimes be a place of low deceit, but more often it is a place for nobler causes. I wish everyone, friend or foe, well and that’s that, the end.” Thanks to Ben Ullman.

10. Teresa May, Prime Minister, Downing Street, 2016. “Coming from an ordinary working-class family, life is much more difficult than many people in Westminster realise. You have a job, but you don’t always have job security. You have your own house, but you are worried about paying a mortgage. You can pretty much manage but you worry about the cost of living and getting your kids into a good school. If you are one of those families, if you are just leading, I want to address you directly. I know you work around the clock, I know you try your best, and I know life can be a struggle sometimes. The government I lead will not be driven by the interests of the privileged few, but by yours.’

Neil Kinnock can’t have two entries or he’d be back in 1983 with “I Warn You Not to Grow Old,” nominated by Declan Ryan and Alan Paxton.

Next week: Taxonomies in business jargon, such as buckets, pillars, strands, rafts, and planks.

Coming soon: Cheerful utopias, such as Narnia (after the defeat of the White Witch), Redwall Abbey, the Shire and the Culture.

Your suggestions please, and ideas for future Top 10s, to me on Twitter, or by email to [email protected]