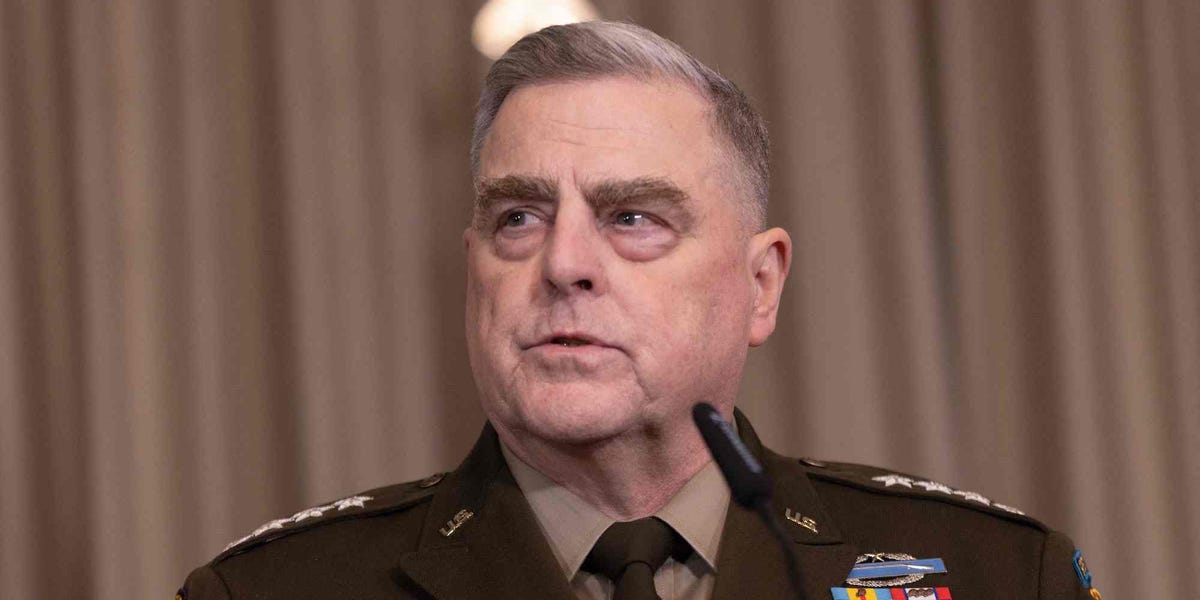 Thanks for signing up!

Access your favorite topics in a personalized feed on the go.

Chairman of the Joint Chiefs of Staff General Mark Milley said on Friday that Russia “really suffered a lot” in Ukraine and urged Russian President Vladimir Putin to end the war.

“The Russian casualties – last time I reported on it publicly I said it was over 100,000. I would say it’s well over 100,000 now,” Milley said at a press conference alongside Defense Secretary Lloyd Austin in Germany. update on a figure offered by the top US general in November.

ALSO READ  Meet US Congressman Ilhan Omar, controversial Modi critic who was expelled from the US House Panel

Milley said the “massive number of casualties” suffered by Russia included “regular military personnel, as well as their mercenaries in the Wagner Group and other types of forces fighting with the Russians.”

“Putin could end this war today,” Milley said, “it turns into an absolute catastrophe for Russia.”

“This is a very, very bloody war, and there are significant losses on both sides,” Milley said, going on to say that “sooner or later” negotiations will have to take place to bring the conflict to an end.

Russia has shown no signs of moving to end the war, despite repeated major setbacks. Ukraine has also warned that Russia appears to be preparing for a new offensive as Kiev urges the West to provide more weapons – particularly tanks – possibly for its own offensive.

But NATO countries are deadlocked on the issue of sending main battle tanks, particularly the German-made Leopard, to Ukraine, and Western defense chiefs failed to agree on the issue when they met at Ramstein Air Base in Germany on Friday.

The discussion has largely revolved around whether Germany is willing to send Leopard 2 tanks to Ukraine or at least allow other European countries that have the German-made tank in their inventory to supply it to the Ukrainian armed forces . Germany should authorize the export of the Leopard tanks by other countries, and so far this has not happened.

Meanwhile, the Biden administration faces questions about whether it will send M1 Abrams tanks to Ukraine. There are signals from Germany that it will not supply Leopard tanks unless the US sends M1s, but the Pentagon has pushed back, arguing that there is no point in sending the Abrams to Ukraine because the costs are too high and the training and maintenance is too complicated.

Austin on Friday disputed the claim that decisions about the Abrams and Leopards are linked. However, in an update on the situation, he said he had no word on whether the US could change its stance on the M1 and noted that Germany, which he called a “reliable ally”, “has not made a decision on leopards.”

The Bharat Express News - February 7, 2023 0
After charming the internet (and us) with its absurdist nature, the AI-generated "Seinfeld" spoof "Nothing, Forever" was suspended from Twitch for 14 days. As part...