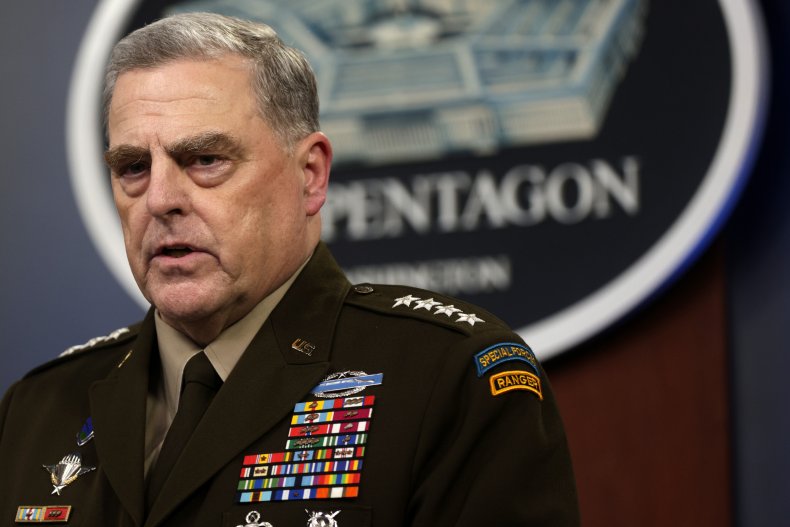 A prominent US military leader has urged caution as Russia continues to face major setbacks in its invasion of Ukraine.

General Mark Milley, the current chairman of the Joint Chiefs of Staff, paid a visit on Sunday to a military base in Warsaw, Poland, which is assisting Ukraine in its efforts against Russian forces. Milley said after the visit that Moscow’s response to the recent failures cannot be predicted and urged troops to remain vigilant amid the tense situation, Reuters reported. He also said that US troops in Europe are not considered a heightened threat, despite the need for vigilance.

“The war is not going well with Russia right now,” Milley said. “So it’s the duty of all of us to maintain a high state of alert and alert… While waging a war, you just don’t know with a high degree of certainty what will happen next.”

Milley’s visit to the Warsaw base included a review of the various defense systems, including a battery of Patriot missiles. According to Reuters, the missiles would “be a last line of defense” if Russian troops attacked the base and risk a bigger conflict with the US and its NATO allies. For security reasons, the press has been asked not to disclose the name of the specific base Milley visited.

In an upcoming episode of 60 minutes, President Joe Biden has issued a strong warning to Russian President Vladimir Putin against the use of nuclear weapons in Ukraine. While he declined to give specific details on what it would be, Biden did say the US response to such a scenario would be “consequential.”

‘Do not. Do not. Don’t,” the president said. “You will change the face of war like nothing since World War II… [Russia] will become more pariahs in the world than they have ever been. And depending on the magnitude of what they do will determine what reaction would occur.”

The Kremlin issued a brief statement in response to Biden’s warning, with spokesman Dmitry Peskov saying, “Read the doctrine. Everything is written there.”

Peskov referred to Russia’s nuclear doctrine, which states that the country may use nuclear weapons in the face of “aggression against Russia or its ally with the use of weapons of mass destruction” or “when the very existence of the state is threatened”.

Russia has recently suffered one of the major setbacks in its invasion of Ukraine, with the latter’s forces launching a successful counter-offensive and driving Russian soldiers from various key parts of the Kharkov region. Notably, over the six-month campaign, Russia has failed to achieve numerous military goals, including the capture of the Ukrainian capital Kiev.