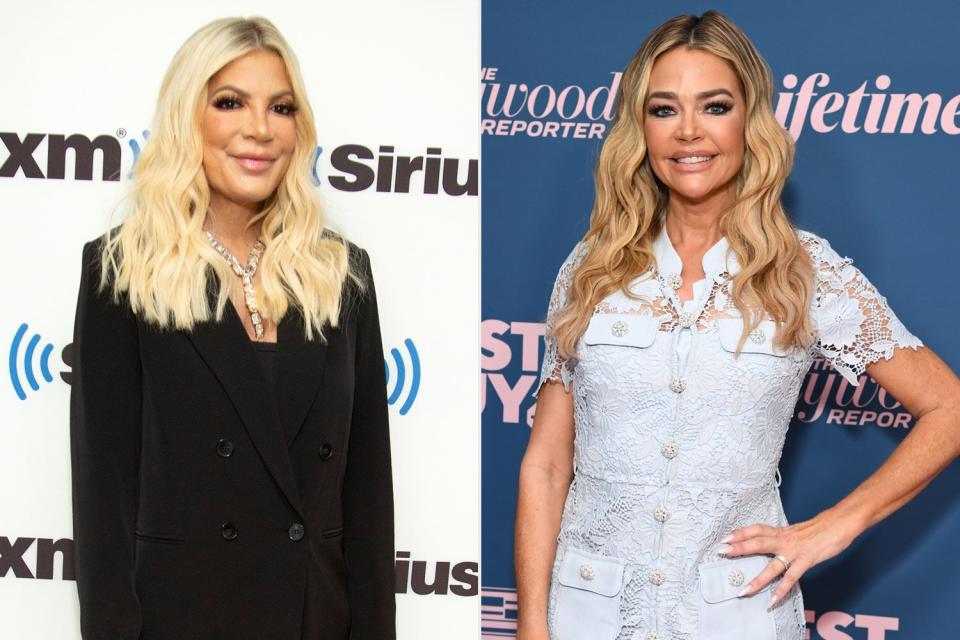 Denise Richards has a new subscriber in the form of Tori Spelling.

The Beverly Hills, 90210 alum, 49, revealed she “subscribed under an assumed name” to her longtime friend’s OnlyFans profile and spent a whopping $400 in a matter of two days when she appeared on SiriusXM’s on Friday Jeff Lewis Live.

“I was just kind of fascinated with the whole OnlyFans thing, and I’m not going to lie, I thought, ‘Let me check it out. What’s it all about?’ Spelling explained.

RELATED: Denise Richards says her husband shoots ‘a lot’ of her OnlyFans content: ‘He knows what guys like’

“So I looked at it, and of course it shows something, and unless you subscribe you can’t get it. So of course I subscribed under a fake name,” she continued. “It’s compelling, because they’re like, ‘Hey, maybe we’ll show you this in this shower.’ And I just want to see. It’s my friend. Like, “Hey, how far will she go?” “

“They reportedly say that if you tip them, they’re more likely to get back to you. So I was like, ‘Hey, I love what I’m seeing. I’d like to see some more,'” Spelling added, before admitting, “I ended up spending $400 over the course of two days. I couldn’t stop.

Spelling raved about her friend at the time: “God, she looks good. But yeah, so I kept tipping her. But I didn’t want her to know it was me in the DMS.”

Following in the footsteps of her 18-year-old daughter Sami Sheen, 51-year-old Richards launched her account on the monetized (and often adult) site in June 2022. She said she was quickly “shocked” by the amount of money she was able to make.

“I did it to support my daughter because I’m a mom who’s an actress who’s done things and I thought it was empowering as a woman as well… to take charge,” she said at the time. You own all content and [on] many of the other platforms you don’t own the content. So it’s nice to have it under control.”

The Real Housewives of Beverly Hills alum previously defended Sami after dad Charlie Sheen didn’t support her choice to join OnlyFans earlier that month — though Richards admitted she was “surprised” by the news.

“I’ve done things in my career – I’ve done PlayboyI was in Wild things, and I’ve done sexy shoots before, naughty movies, things like that,” Richards explained. “And sometimes people say nasty things, well, they often do. But I thought, this isn’t fair that she gets so many comments when a lot of people post stuff like that, even just on Instagram.”