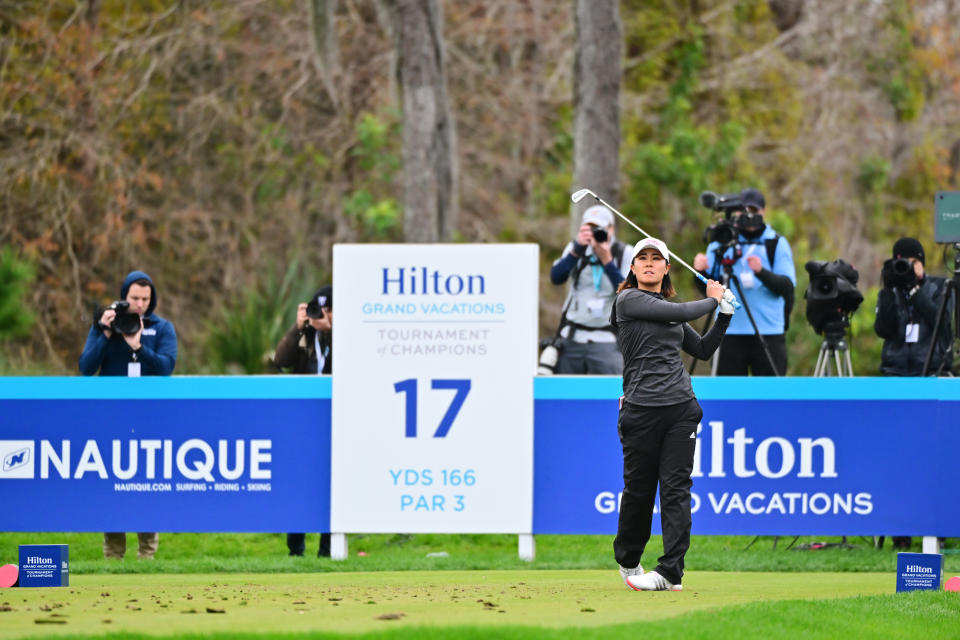 Thirty-six temporary lockers arrived Wednesday afternoon at Lake Nona Golf and Country Club for LPGA players to use during the Hilton Grand Vacation Tournament of Champions. Prior to this, no lockers were available for female players in the event – ​​both the 29 pros and four celebrities. Male celebrities in the field use the men’s locker room.

The new temporary lockers will be located in the club’s women’s locker room, which is located on the first floor of the clubhouse along with the men’s locker room. Both areas – including the only showers available – are also open to tournament hospitality and VIPs.

A recent storm has damaged the permanent lockers usually present in the women’s locker room at Lake Nona. The tournament planned to order temporary lockers to be placed on the second floor of the clubhouse next to the players’ restaurants, although there were no bathrooms there. LPGA officials canceled the lockers on Jan. 11, citing in a statement that the tournament team chose not to pursue that option due to a prioritization of that space for use by other players.

During last year’s TOC, there was no dressing room for players only.

Annika Sorenstam has lived on Lake Nona for decades and is once again competing as a celebrity this week.

“It’s a shame that that story is pretty much discussed,” Sorenstam said Wednesday morning when asked about the situation in the dressing room. “I just want to focus on the game, and hopefully they can sort out all the logistics and we can focus on what’s important.”

ALSO READ  Column: Rahm's big run gets everyone in golf on the alert

“Honestly, I have played this tournament from the beginning, I think. Not 100 percent sure. We never had lockers,” Korda said. “For me, this event is so unique in the sense that those things don’t really bother me. You compete here with various celebrities, former athletes, current athletes. … Obviously it would bother me if it were at a regular LPGA event. At this event, I think there are so many different, unique, cool stories that like I said, it just — I didn’t even think twice about it.

As long as I have a gym to warm up, a range, I’m very happy.

Matilda Castren, who in 2021 became the first Finnish player to win on the LPGA, called for a “certain standard” for the tour at every event. Ryann O’Toole placed the responsibility on the LPGA to have a safe players-only locker room each week.

“I stressed on our tour to take care of that for us,” said O’Toole. “The pressure should be on the tour and I don’t think anyone else.”

A dozen LPGA rookies to watch in 2023, including a pair of former American prodigies, a Division II college star and a 10-time winner from Japan