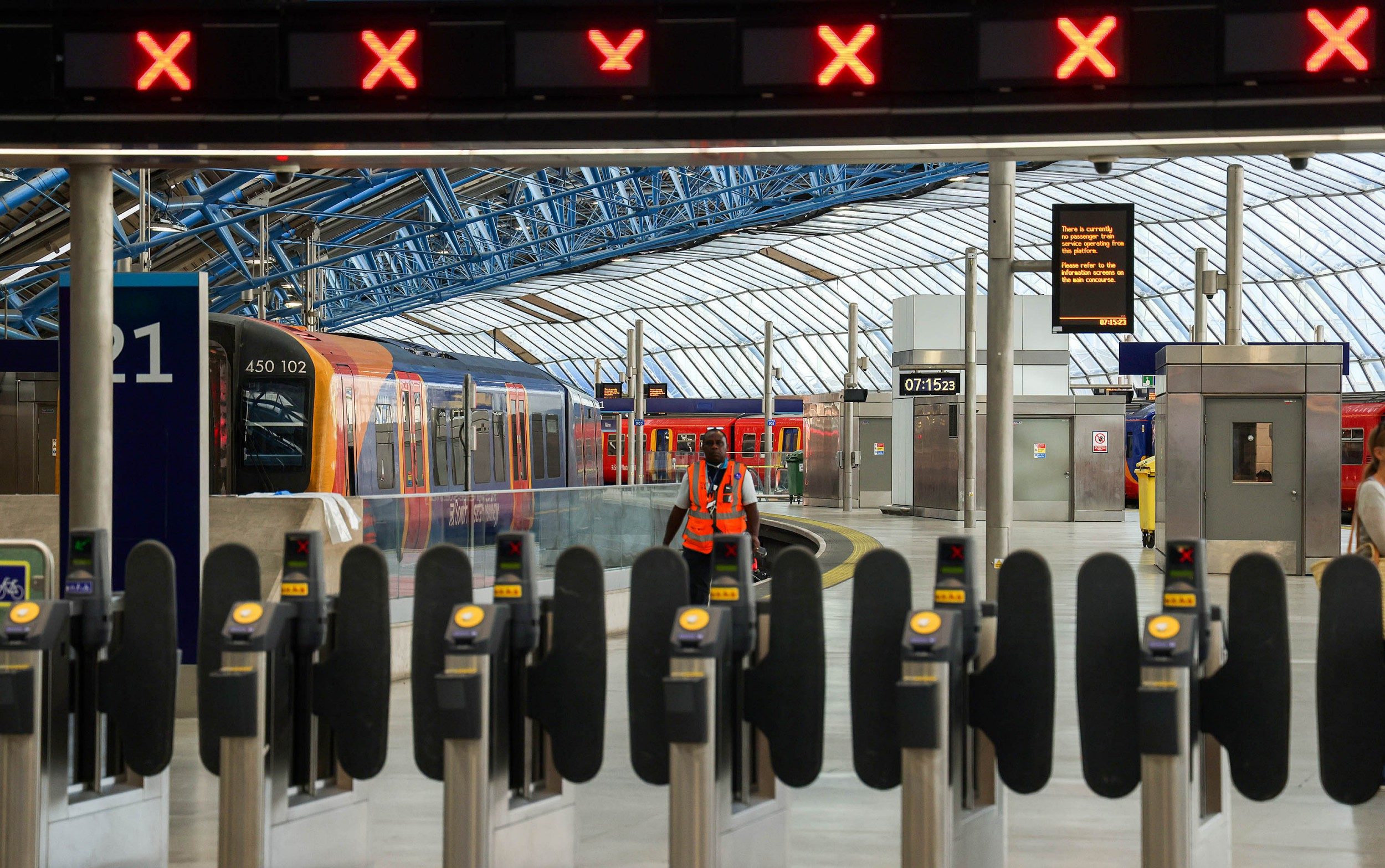 There were no trains on South East and the majority of London Overground services were also stopped.

The AA issued an “orange warning”, warning that the train strikes will contribute to heavy traffic congestion at peak times, with more travel expected due to sporting events and holiday getaways.

Aslef said railroad workers had little choice but to take action in defense of their living conditions.

Mick Whelan, general secretary of the union, said: “Strikes are always the last resort. We don’t want to hinder passengers, our friends and families also use public transport and we don’t want to lose money by going on strike but we are in forced into this position by the companies, who say they were driven to this by the Tory government.

“Many of our members, the men and women who transported key workers and goods across the country during the pandemic, have not had a pay rise since 2019.

“With inflation north of 10 percent, that means those drivers have had a real pay cut over the past three years.”

He added: “We want an increase in line with the cost of living, we want to be able to buy in 2022 what we could buy in 2021. It’s not unreasonable to ask your employer to make sure you’re not worse off.” three years in a row.”