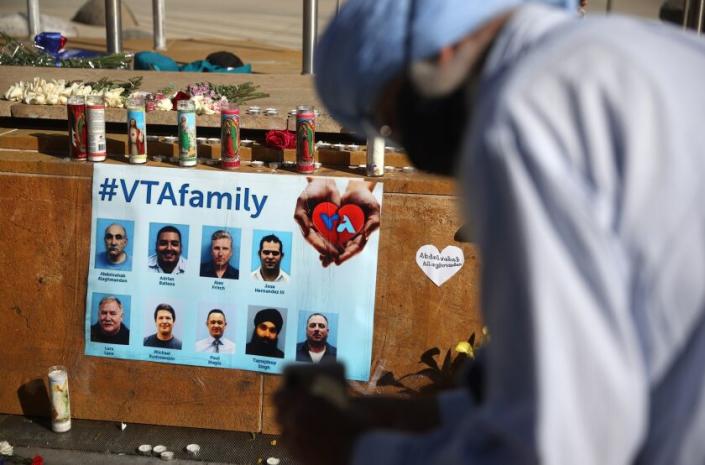 The Santa Clara Valley Transportation Authority has reached a $8 million settlement with the families of eight victims of a mass shooting last year at a rail yard in San Jose, the Mercury News reported Friday.

The $8 million settlement comes a year after the families filed initial damages and wrongful death claims against the VTA, the Mercury News reported.

In addition to the settlement, the victims’ families had previously also received an annual salary, death benefit and retirement benefit.

The settlement is reportedly much lower than what the families had asked for in their initial claims.

Gary Gwilliam, an attorney for the eight families who have settled with the VTA, told the Mercury News that the cases against the transportation authority were “extremely weak and difficult.”

“These settlements are a fraction of what we think they should be worth in terms of what the families lost,” Gwilliam told Mercury News.

Lars Kepler Lane’s family has not been satisfied with the VTA. A family lawyer told the Mercury News that the offer was insufficient.

“Some families don’t know if they want more money or if they want more excuses from them,” Jose Hernandez, the father of Jose Dejesus Hernandez III, told Mercury News. “It’s about accepting responsibility, and VTA will never admit they’ve done something wrong.”

Families were seeking answers and accountability from the VTA regarding Cassidy’s continued employment after he showed “a series of red flags”, including berating a colleague.

Cassidy was characterized by researchers as a disgruntled employee. The Santa Clara County Sheriff’s Department said he had several cans of gasoline, incendiary bombs, a dozen firearms and about 25,000 ammunition in his home, which was set ablaze in connection with the attack.