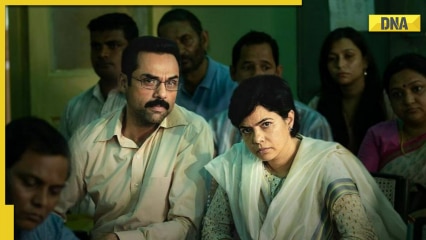 Netflix’s upcoming series Trial By Fire has run into legal trouble just days before its release. The show starring Abhay Deol and Rajshri Deshpande is based on the Uphaar fire tragedy, which killed 59 people in 1997. Real estate lord Sushil Ansal, one of the accused in the case, had applied to the Delhi High Court to postpone the release of the show. .

On Wednesday, the court reserved its decision in the plea. Judge Yashwant Varma reserved the injunction on Ansal’s application “seeking relief from a temporary injunction filed in the lawsuit seeking a permanent and mandatory injunction against the series,” according to a Live Law report. The plea also aims to postpone the publication of the book of the same name on which the show is based.

The book Trial By Fire was written by Neelam Krishnamoorthy and Shekhar Krishnamoorthy, who lost their two children in the fire that engulfed the Uphaar Cinema Hall in Delhi in 1997. In the aftermath of the incident, movie theater owners Sushil Ansal and Gopal Ansal had to pay compensation to the victims and their families. The brothers were also sentenced to seven years in prison in the evidence tampering case related to the 2021 fire.

Ansal moved court claiming that his name was used three times in the show’s trailer, damaging his reputation. He has also demanded that the series include a disclaimer that it is a “work of fiction.” Whether the show will run as scheduled on Friday now depends on the court’s order.

The Uphaar Cinema fire occurred on 13 June 1997 while the Green Park theater was showing the Hindi movie Border. 59 people were trapped in the hall and died and 103 were seriously injured in the resulting stampede. The victims and the families of the deceased later formed The Association of Victims of Uphaar Fire Tragedy, which waged a long battle against the Ansals, owners of Uphaar Cinema. The victims were awarded Rs 25 crore in compensation from the Supreme Court, one of the highest ever in the history of Indian civil law.