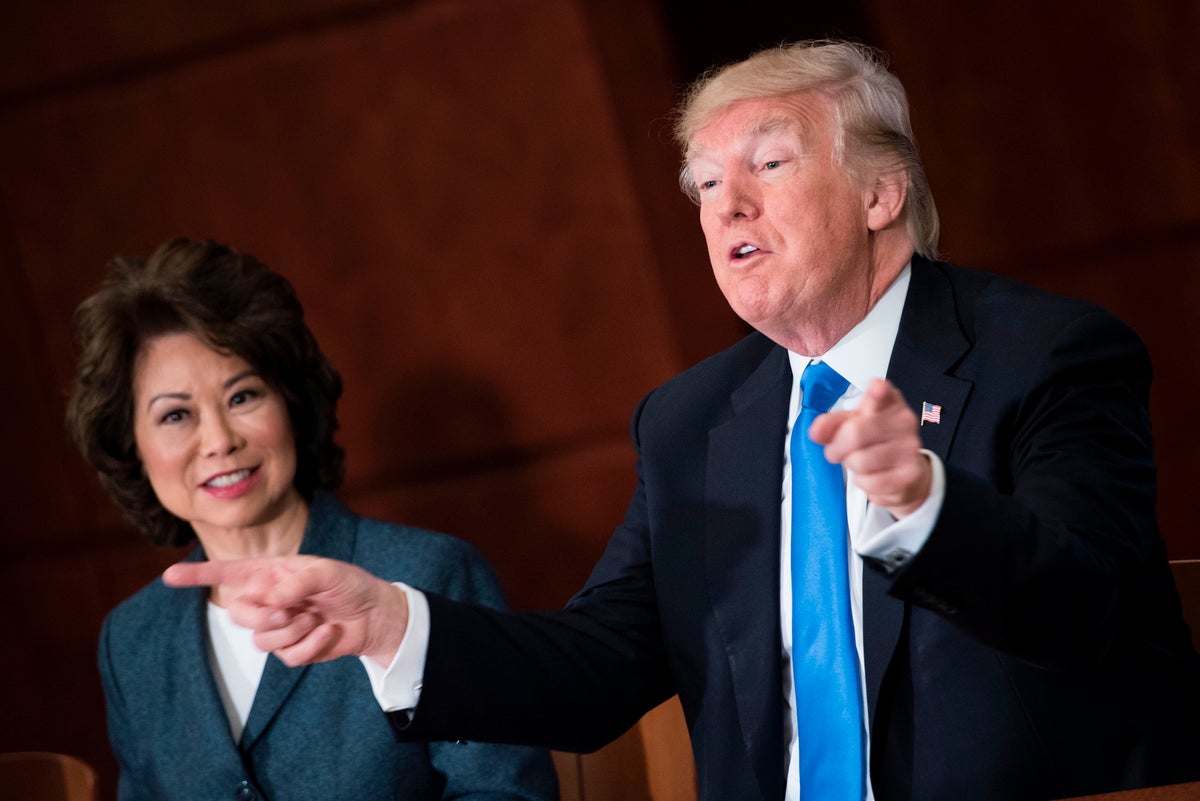 Donald Trump has been accused of having a “racist obsession” with former cabinet member Elaine Chao after he repeatedly posted an offensive nickname for her on Truth Social.

Trump tormentor George Conway posted eight screenshots of messages the year-old president has made over the past two weeks about Mitch McConnell’s Taiwanese-born wife.

“Trump’s racist obsession with Elaine Chao is a real thing. He calls her almost every day now,” Mr Conway, who is Kellyanne Conway’s husband, tweeted on Wednesday.

It came after Trump took to Truth Social to attack his former Secretary of Transportation, whom he denigrates online as “Coco Chow.”

Ms. Chao has been a target for Trump since she stepped down from her cabinet position on January 7, 2020, just one day after his supporters attacked Capitol Hill.

She called the pro-Trump riot a “traumatic and completely avoidable event” and said it “deeply disturbed me in a way that I simply cannot put aside.”

“Republicans can get back almost everything that ‘The Old Broken Crow’ Mitch McConnell, and the real ‘leader’ China-centric Coco Chow, have stupidly given up to Democrats over the past two years, simply by playing hard in the upcoming negotiations on the debt ceiling. ”, he stated on his social media platform earlier this week.

And he also used the nickname for Ms. Chao when he congratulated Kevin McCarthy on finally securing the House Speaker position.

“Great job Kevin! We now need to stop Mitch McConnell and his blatant boss in China, Coco Chow. It’s like he doesn’t care anymore, he’s pushing whatever the Democrats want,” he wrote.

Mr. Trump has used his attacks on Ms. Chao to deepen his personal feud with US Senate Minority Leader Mr. McConnell.

“If Republicans are going to fight, we have to fight Mitch McConnell and his domineering, China loving BOSS, I mean wife, Coco Chow,” he wrote on Truth Social on Jan. 4.

“The damage they have done to the Republican Party is incalculable. Today he couldn’t be voted “Dog Catcher” in Kentucky (Unfortunately he only won because of my endorsement, he went up 21 points – SORRY!).”

And on Jan. 3, he wrote, “There is so much needless turmoil in the Republican Party, due in large part to the likes of the Old Broken Crow, Mitch McConnell, his “wife,” Coco Chow, who is a chosen one for China, and their RINO allies, who make it difficult for everyone by constantly capitulating to Hopeless Joe Biden and the Democrats.”