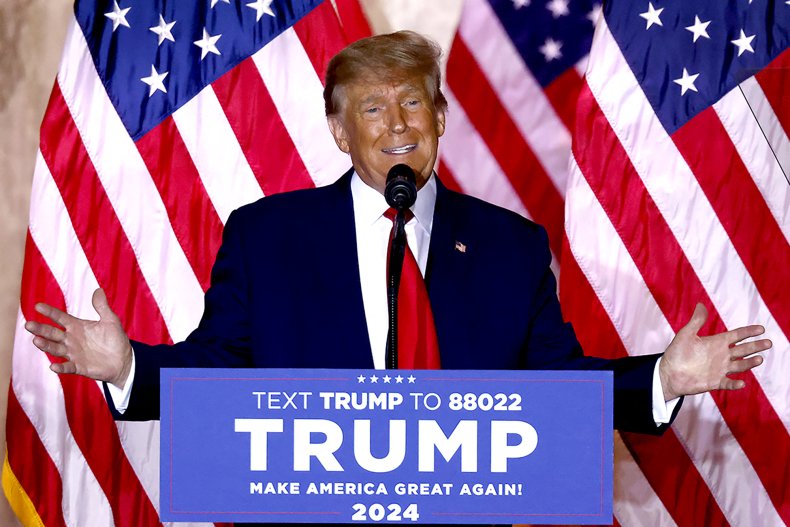 Former President Donald Trump announced Wednesday afternoon that he now believes in the “deep state” in a video posted on his Truth Social page. In the video, Trump is calling on Congress to investigate the FBI and its alleged role in censoring legitimate speech.

Trump, who is running for president again, referred to the Twitter Files, a series of internal Twitter documents made public in December, and recent news coverage, such as an article from the New York Post said former FBI officials worked as Twitter’s top executives.

Trump accused the FBI of “cooperating systematically” with Twitter and probably other social media companies to promote a “censorship regime”.

In the Truth Social video, Trump proposed a “seven-year cooling-off period” for any employee of an agency like the FBI, to prevent those employees from taking a job at a major social media platform like Twitter until the cooling-off period. expires. Trump said the proposal was intended to “end the revolving door” between the alleged deep state and tech tyrants.

The “deep state” is defined as a group of people, usually influential government or military officials, who are believed to be involved in the covert manipulation of government policy.

Trump said the FBI was censoring conservative voices on topics such as COVID-19, public health concerns and the election by working with Twitter to ban users from the social media platform. Trump also accused the FBI of simultaneously trying to prevent negative information about President Joe Biden, such as information related to Hunter Biden’s laptop, from being published on social media, while at the same time dispelling attacks on Trump.

“There is indeed a deep state,” Trump said in the video. “I was not a believer, but everyone is a believer now.”

While Trump admits he didn’t believe in a deep state until recently, Trump allies such as Steve Bannon have often used the term to portray an overbearing federal bureaucratic regime working against the Trump administration.

Trump took the FBI’s actions personally, viewing the “massive censorship surveillance and propaganda campaign” as an attack on the American people and himself. He accused the FBI of stealing the 2020 election by censoring conservative voices, particularly on COVID-19, public health and election-related topics.

Many people were banned from Twitter during that time, mostly conservative voices like Trump, Bannon and Kanye West, but most have recovered since tech mogul Elon Musk took ownership of the company last year.