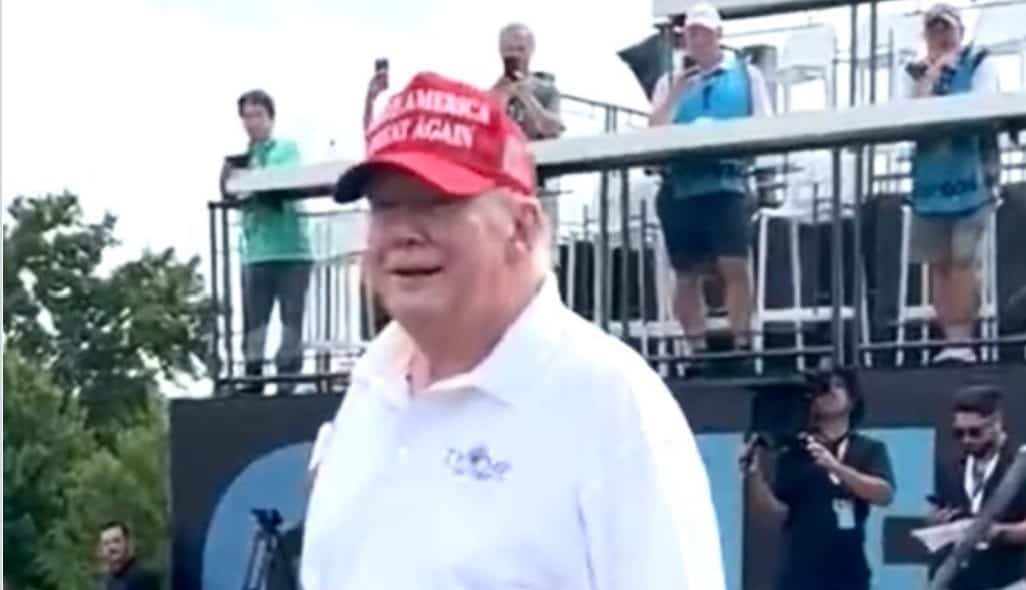 Trump drives a golf cart while he plays, but claims he doesn’t need a physical because he can hit a golf ball.

Trump is not holding campaign events off his property and his campaign is struggling to raise money. The failed former president recently attacked evangelical Christians, accusing them of disloyalty for not lining up to support him ahead of the 2024 election.

ALSO READ  Tucker Carlson: Nixon was removed from office because he knew the CIA was involved in Kennedy's assassination

What initially appears to be more Trump-delusional is a sign that he’s worried about criticism from the right about his health and questions about whether he’s strong enough to handle a presidential campaign.

Those questions are valid because Trump seemed to barely make it through the 2020 campaign, where he seemed largely uninterested in participating outside of rallies to complain and tell the nation that the election was stolen before people even started voting.

Hitting a golf ball is not a substitute for a physical attack, especially when the batter has to take a golf cart to get to the tee.

The Bharat Express News - February 7, 2023 0
Cyclist hit and killed on M4 motorway in Durban, remembered as 'one of a kind'