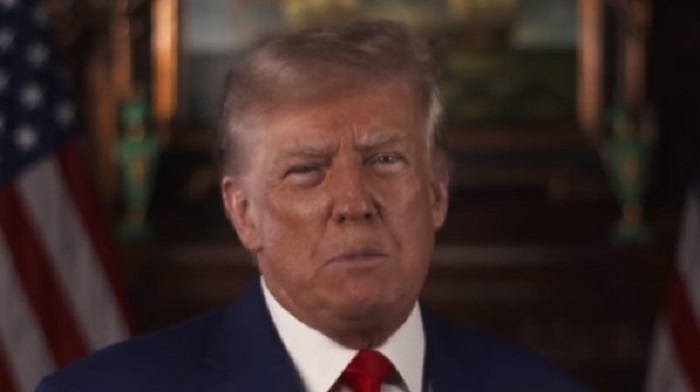 Donald Trump is calling on the new Congress to hold hearings and issue subpoenas to investigate the FBI’s role in using Twitter to monitor information and influence elections.

Trump made the demand in a recently released campaign video.

In it, the Republican presidential nominee cites the recent “Twitter Files” document drops — repeated releases of the Big Tech company’s internal files by Elon Musk, showing intimate coordination between the intelligence community and Twitter officials to control the election narrative – as a reason to investigate.

Those files, Trump argues, “proved beyond any doubt that the FBI’s corrupt officials coordinated a massive campaign of censorship, surveillance, and propaganda against the American people.”

“The new Congress should hold immediate hearings to examine the role of the FBI and other federal agencies in censoring lawful speech,” Trump advised.

“Congress leaders should immediately issue subpoenas in furtherance of this goal.”

RELATED: Trump: Musk is a hero of free speech who has done this country a great service

Trump’s campaign video calling for an investigation into possible FBI-Twitter collusion comes on the same day that Republicans on the House Oversight Committee have requested Twitter employees to testify about the suppression of the Hunter Biden story.

House Oversight Chair James Comer (R-KY) sent letters to Twitter employees in early February asking them to testify about censorship of the bomb story that could have changed the minds of many voters.

New: House Oversight Republicans are kicking off their first hearing (week of Feb. 16) by asking former Twitter employees to testify about the platform’s handling of reporting on Hunter Biden. https://t.co/dGv60VYVxb

“The laptop from hell story is just the beginning of the government’s weaponization against free speech,” Trump said in his video.

“We must have freedom of speech in our country, we must have a fair and open press.”

The former president has referred to the “Twitter Files” in the past and even heralded Elon Musk as a free speech hero for revealing the coordination between Twitter and the FBI, DHS and DNC in creating propaganda by the omission of opposing viewpoints.

“Elon Musk has done a great service in putting out all this material. Because our country is corrupt,” Trump said during an interview with One America News Network last month. “Our elections are corrupt.”

“Yes, I’d say he’s a hero. I think it’s a big part of his legacy,” he added. “I think it’s more important than other things he’s done.”

President Trump considers Elon Musk a hero: “Elon Musk did a great service when he released all these things…I would say he is a hero. I think it’s a big part of his legacy. I think it’s more important than other things he’s done.” pic.twitter.com/okQKfrooBg

In one of his first 2024 campaign videos, Trump announced a free speech policy platform that the left is seeking to “dismantle and destroy” censorship.

“If we don’t have freedom of speech, we just don’t have a free country,” he said. “It’s that simple.”

He went on to explain that if the right to free speech is eradicated in America, all other rights will soon follow.

This is the kind of policy that will put him back in the White House! pic.twitter.com/UYPeY671cl

Trump also pledged to “prohibit federal money from being used to label domestic speech as ‘misinformation’ or ‘disinformation.'”

The FBI and other federal officials did just that with Twitter applying it to both the Hunter Biden scandal and COVID information.

Subpoenas have to go flying. It’s not good enough to request testimony, it must be enforced.