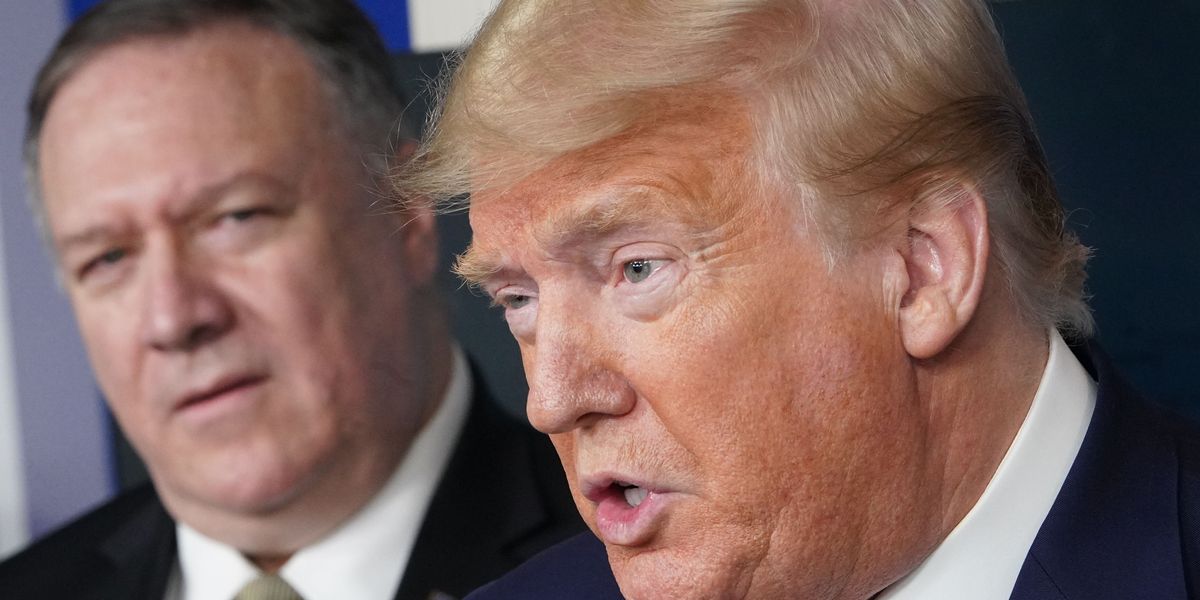 Former President Donald Trump told Secretary of State Mike Pompeo to “shut the fuck up” about China and COVID so as not to anger Chinese President Xi Jinping, Pompeo reportedly tells in a forthcoming book about his time in government- Trump.

It’s a startling revelation about Trump, who typically seems to take every opportunity to criticize China.

But Trump wasn’t happy after Pompeo told leaders at the Group of Seven summit in March 2020 that China was to blame for COVID-19 and that the disease should be called the “Wuhan virus,” Pompeo reportedly writes in his memoir, “Never Give an Inch,” is due out next week. He believed China “repeatedly delayed” data sharing and spread disinformation about the disease, according to book excerpts obtained by Semafor.

Trump was apparently concerned because Xi warned him on a phone call the next day that Pompeo’s attack jeopardized the “first phase” trade deal between China and the US, according to Semafor’s excerpts from the book.

“My Mike, that damn dude hates you!” Trump said about Xi, Pompeo tells me.

Trump was also reportedly concerned that the US was dependent on China for medical supplies. He accused Pompeo of “endangering us all” by antagonizing Xi, according to the excerpts published.

“Stop, for God’s sake!” Trump told Pompeo, according to the book excerpts.

Pompeo said he kept his mouth shut about China after that.

“We needed medical equipment and were with the CCPs [Chinese Communist Party’s] mercy for it,” Pompeo said in his book. “I worked for the president and would bide my time.”

However, the U.S. State Department shipped 17.8 tons of donated coronavirus medical supplies to China in February 2020, as health experts and some U.S. lawmakers were already seeking federal action to prepare the U.S. for the growing pandemic. The massive shipment to China included medical masks, gowns and respirators, which were in desperate shortages across America at the end of March.

Trump thanked Xi for months for the dictator’s transparency and cooperation during the pandemic. But then he switched to slandering Xi and China about the disease — soon calling COVID the “Wuhan virus,” the “Chinese virus,” or the racist “kung flu.”

The former president continues to challenge China for its growing power. He told media mogul Rupert Murdoch’s New York Post earlier this week that if he were to run for president again, he would “impose aggressive new restrictions on Chinese ownership of vital infrastructure in the United States.”