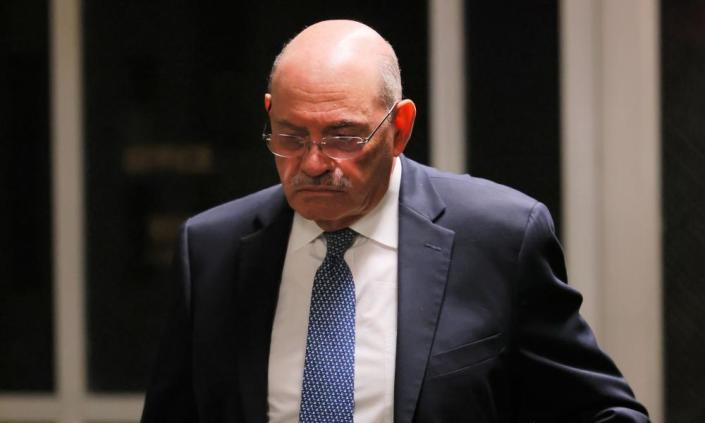 Of all the sprawling legal battles facing Donald Trump, the one against his family business finally came into focus in a New York court last week.

Alan Weisselberg, the Trump Organization’s longtime chief of finance, told a jury he betrayed the Trump family’s trust when he evaded $1.7 million in income taxes on corporate benefits, including a Manhattan apartment, tuition for his grandchildren and luxury cars.

Weisselberg’s testimony is at the center of a criminal case accusing the Trump Corporation and its payroll partner, Trump Payroll Corp, of tax fraud. Over the summer, the director, who remains a salaried employee of the company, pleaded guilty to 15 counts of tax fraud and will receive a five-month reduced sentence – but only if he is found to have testified truthfully in court.

“I believe in telling the truth,” he told the court on Friday, a day after he collapsed on the witness stand after testifying that it was “my own personal greed that led to this.” Asked if he was ashamed of his actions, Weisselberg said, “More than you can imagine.”

Weisselberg, who once described himself as Trump’s “eyes and ears,” has made sure not to involve his boss, or sons Eric and Donald Trump Jr., who knew about the fraud. It’s a tightrope to walk. On the witness stand on Friday, Weisselberg was asked if he had the best lawyers in town. “I hope so,” he replied to laughter from the judges.

But that hasn’t stopped prosecutors from reminding jurors that the companies on trial are “owned by Donald Trump,” as Susan Hoffinger pointed out during opening arguments. Neither Trump nor his children have been charged with wrongdoing and the company has pleaded not guilty.

Weisselberg has said Trump’s children did not punish him and even increased his salary after learning in 2017 that he had been committing tax fraud for more than a decade. “Did you indeed get a raise…which totaled about $200,000?” Hoffinger asked Friday.

“Right,” Weisselberg replied, adding that the company also did not punish other executives who had engaged in similar practices.

Jurors have heard that Trump and his sons would sign tuition checks for as much as $100,000 to pay for private tuition for Wiesselberg’s grandchildren, which were not reported as taxable income.

A guilty verdict against the organization could result in fines and affect its ability to conduct business in terms of future loans and existing loans. “When there are convictions, it can be difficult to borrow money or get permits,” says Weissmann. “A violation can also lead to anti-fraud obligations that may be in existing loans.”

A conviction could also potentially support a separate civil suit alleging that Trump and his three older children were involved in a pattern of fraudulent and illegal business activity.

In that case, New York Attorney General Letitia James received a request earlier this month for an independent observer to oversee the Trump Organization’s filing of financial statements. Trump’s lawyers have said James’ request is “a politically motivated attempt to nationalize a highly successful private company.”

But on Friday, the U.S. Justice Department appointed special counsel to oversee criminal investigations against the former president regarding the Jan. 6 uprising and the preservation of government records, a move that came days after Republican mega-donors Stephen Schwarzman and Thomas Peterffy, along with cosmetics heir Ronald Lauder, announced they would not support Trump’s 2024 presidential candidacy, also announced this week.

In court, the excitement associated with Weisselberg’s indictment last year and his plea of ​​guilty in August, and the hopes that he would become a cooperating witness – which he did not – have not been fully realized in Judge Juan Merchan’s courtroom.

The process has provided insight into the inner workings of the Trump company, presented here as a family business in which Donald Trump himself signed Christmas cards and bonus checks until he became US president in 2017, but no drama.

For two weeks, jurors reviewed spreadsheets of cable TV bills and other financial records presented as evidence in the case. But fraud trials are rarely tough, and the quality of counsel on both sides of the case has largely kept it under control.

Weisselberg’s lead attorney, Nick Gravante, is known as a powerful defense attorney who once worked for Gerald Shargel, whose clients included mob bosses. Gravante also represented Joe Biden’s brother James and son Hunter in a lawsuit over their 2006 purchase of a hedge fund.

“This is an unusual case because you have very good prosecutors and very good lawyers, and both are doing their job,” says Weissmann.

Weisselberg’s refusal to betray his former boss has limited insight into the family business. He began working for Trump’s father in 1973 and joined Trump in 1986 as an executive at his then-nascent Trump Organization, just as The Donald was becoming a boisterous, tabloid-friendly institution in the city.

As Trump’s celebrity grew, and with it his reputation for brashness and multiple high-profile marriages and divorces, Weisselberg helped the company become a golf, hotel and real estate empire. But he also oversaw many of Trump’s failures in the early 1990s, including the bankruptcies of Atlantic City casinos and the collapse of the Trump Shuttle airline.

But Weisselberg, who insisted on whether he considered the prospect of a 15-year prison sentence during his testimony if Judge Merchan tears up his plea deal, said no. “It is on my mind to tell the truth during this process,” he said. But he reiterated that while there may have been some benefit to the company from his tax fraud, “it was mainly due to my greed”.