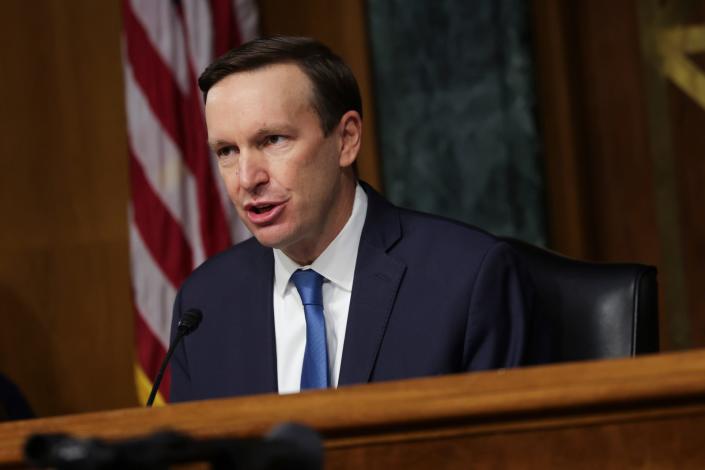 WASHINGTON – While the Department of Justice and President Trump’s lawyers battle in Florida courtrooms over how the former president handled records from his White House, a group of advocates and lawmakers is working to fix the obscure 1970s law they say let the behavior go unchecked.

Critics say the “outdated, vague and toothless,” law needs to change and there may be no better time than now to do it, said James Grossman, executive director of the American Historical Association.

Others, like former archivist Trudy Peterson worry the effort could open a Pandora’s box and ultimately wind up with fewer guardrails in a heated political environment, “I wouldn’t tinker with it,” she said.

As concerning as the revelations are about Trump’s behavior, the intervention of the Justice Department to retrieve classified documents and other materials he took with him to Florida show that the Presidential Records Act “did ultimately work in retrieving and protecting the material that was flagged,” Peterson said.

Updates to the law have been in the works for more than a decade but picked up steam during the Trump administration when Democratic senators and advocates for government transparency began ringing alarm bells with the National Archives and Records Administration about whether Trump’s White House records were being properly preserved.

One problem they encountered is the law’s limited enforcement mechanisms.

Bills pending in Congress propose several changes intended to make it harder for presidents to brazenly violate the law, which critics charge Trump did. They would:

Congressional committee: National Archives still not certain it has all Trump records

Recap: The search at Trump’s Mar-a-Lago estate was a month ago. What we’ve learned since.

It was another impeached president whose conduct led to the existing rules. Congress passed the 1978 presidential records law after Richard Nixon tried to hold onto control of the taped recordings of Oval Office conversations incriminating him in the coverup of the Watergate burglary.

But as the head of the National Archives reminded senators in 2017, the agency’s oversight authority is limited. The assumption was that presidents will do the right thing, especially with regard to handling the nation’s most sensitive secrets.

“Under the PRA, records management authority is vested in the president,” David Ferriero, the then-U.S. archivist, wrote.

Now, Trump’s dismissive approach to the law – tearing up documents while in office and his removal of classified documents and other material after leaving office – has magnified arguments that the law needs to be strengthened.

“We’re continuing to learn all the ways the Trump administration grossly mishandled presidential records, and each new revelation is somehow more disturbing than the last one,” Sen. Chris Murphy, D-Conn., one of the lawmakers who has introduced legislation in recent years to update the law, told USA TODAY.

More: Classified documents were mingled with magazines and clothes at Trump’s Mar-a-Lago club

Multiple groups supporting transparent government have advocated for reforms, from keeping up with advances in how technology is used to communicate to making the requirements more enforceable.

But Peterson, who headed the National Archives from 1993-1995 and advises other nations on improving their archival practices, said the U.S. law is “actually pretty good.” She worries about what might happen if the Presidential Records Act, the result of multiple years of negotiations between the legislative and executive branch, were to be reopened in the current, highly charged and divisive political climate.

“The act is an extraordinarily complicated document with all kinds of provisions written in it as to who has authority to do what,” she said. “I think we’re sitting in a position that’s about as good as we can get at the moment.”

What is a special master?: Court appointee to review documents Trump stored at Mar-a-Lago.

When the law was being negotiated in the wake of Watergate years after Nixon resigned, the former president was battling the courts for control of his records. Congress first passed a law to prevent him from destroying or obstructing access to his materials. Four years later, Congress passed the Presidential Records Act, which requires presidents to preserve their records while in office and to turn them over to the National Archives when they leave.

“During Watergate, we learned why it was important for records to belong to the American people,” Grossman said. “As long as there was a notion that those tapes and other records belonged to Richard Nixon, that made it impossible for the American people to know what happened.”

Scribbled notes and golf carts: Here’s how the millions of White House documents and artifacts should be archived

Lawmakers were also mindful of the fact that the three branches of government have separate and independent powers. They faced the argument “that it would be inappropriate to legislate on the papers of the president,” Peterson said.

That led to the law’s compromise, a reliance on a president to make a good faith effort to comply while in office.

“In declining to give outsiders the right to interfere with White House recordkeeping practices, Congress presumably relied on the fact that subsequent presidents would honor their statutory obligations to keep a complete record of their administrations,” Patricia Wald, then a judge in the D.C. Circuit Court of Appeals, wrote in a 1991 decision that concluded the Presidential Records Act itself precluded judicial review. “We will not second-guess that decision or upset the political compromises it entailed.”

But while the Archives’ own enforcement authority is limited, it can seek the help of the Justice Department to investigate any unlawful removal or destruction of government and presidential records.

But the Archives still isn’t sure it has received all of Trump’s administration documents.

Also, the full scope and condition of the documents taken by Trump remains guarded, and U.S. intelligence officials launched a review of any resulting national security risks.

The current law prohibits anyone convicted of inappropriately using, removing or destroying National Archives records from accessing presidential records. That means if Trump is convicted, he would be barred from viewing original copies of his own records.

There are also potential criminal penalties in other statues of up to three years in prison for “willfully and unlawfully” mishandling or destroying of federal records. Those convicted can be disqualified from holding a federal office.

There are separate penalties specific to the mishandling of classified material.

The Justice Department is pursuing an “active criminal investigation” in connection with the documents Trump had at Mar-a-Lago, according to court filings. An unsealed search warrant shows they suspect Trump and his attorneys may have violated the Espionage Act, which prohibits mishandling the nation’s most secret documents; the destruction or mishandling of federal documents and obstruction of justice.

But while a president is in office, he has a “high degree of discretion” over what materials are to be preserved, according to the nonpartisan Congressional Research Service. And presidents “have varied widely” in how they choose to interpret it, according to a 2014 CRS report.

“Officials in previous administrations of both parties have failed to adhere to current federal record keeping requirements and, in some cases, have blatantly disregarded them,” Sen. Gary Peters, D-Mich. the head the Senate committee on governmental affairs, said at a March hearing he convened on the issue.

In the summer of 2016, the FBI investigated Hillary Clinton for her use of a private e-mail server while serving as Secretary of State. At issue was the sensitive material in the emails. However, subsequent investigations have determined none of the emails were technically marked classified and Clinton faced no criminal charges. The State Department isn’t covered by the Presidential Records Act but by the Federal Records Act, a law similar to the Presidential Records Act which applies to federal agency employees.

Sen. James Lankford, R-Okla., noted at a presidential records hearing in March that Members of Congress haven’t made themselves follow such stringent record keeping rules. He questioned how to create a system that encourages the preservation of history while recognizing “the human side of this as well.”

“Because the more you pull on people to say, ‘You’ve got to give us every scrap of every piece,’ the more you incentivize people to work off the record, because they want to have private conversations,” he said.

Any rules about preservation and usage of records depends upon the conscientious compliance of tens of thousands of employees, said Bill Leary, who was the senior director for records and access management at the National Security Council during Barack Obama’s first term. Even though most aides he worked with try to follow the requirements, Leary said he’s sure they fell short at times.

“There’s no real enforcement mechanism for this,” he said.

“Without meaningful reform, these violations will only continue,” she told the Senate Homeland Security and Governmental Affairs Committee in a March written statement.

With a 50-50 Senate and a white-hot political environment tied to the Mar-a-Lago searches, no action has been taken on the Archives reform efforts since a hearing in March. Still, Rep. Mike Quigley said he’s still pushing for changes.

“We have to refresh the laws to keep up with the presidents that don’t get the spirit of the law,” said Rep. Mike Quigley, D-Il., who has worked with Murphy on legislation. “The spirit is: You keep the records, you protect them, and you hand them over when you’re done.”