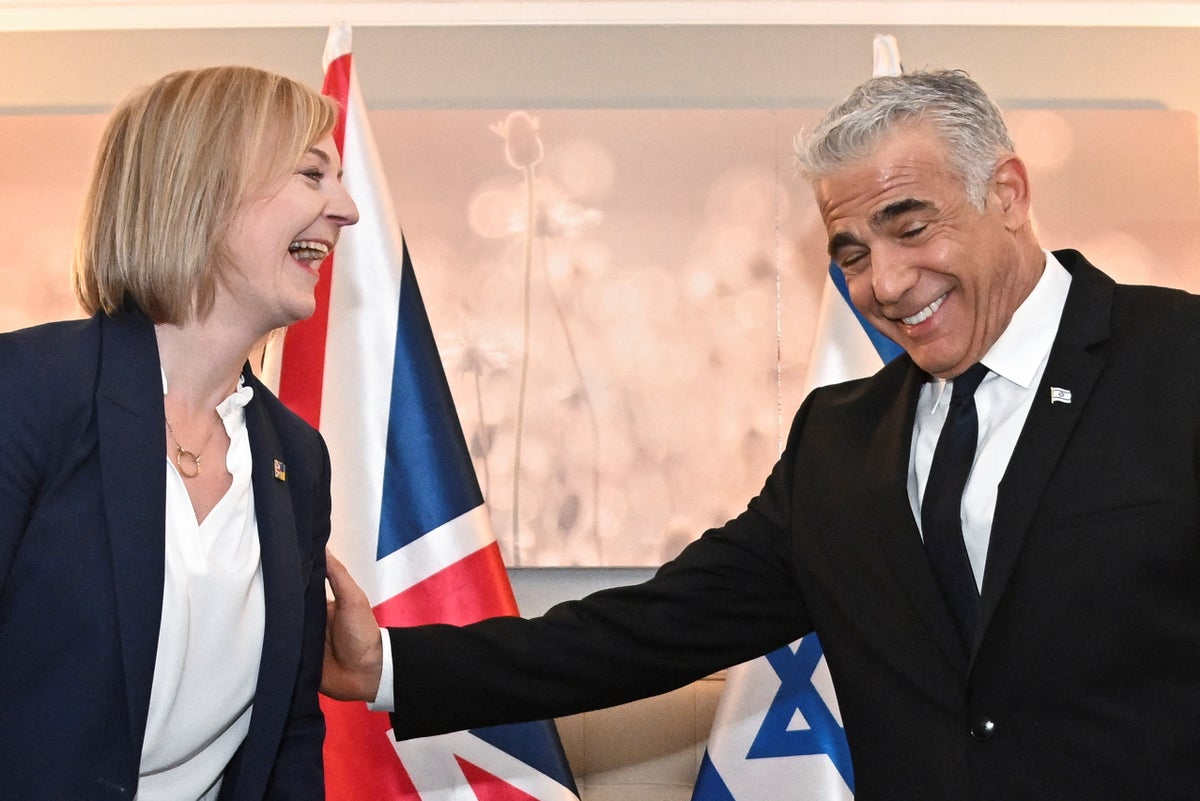 Liz Truss has told her Israeli colleague she is considering moving the British embassy in Tel Aviv to the controversial holy city of Jerusalem.

The prime minister spoke after Donald Trump about the possible move with Yair Lapid during a meeting at the United Nations summit in New York on Wednesday.

Britain has long kept its Israeli embassy in Tel Aviv, despite Israel designating Jerusalem as its capital.

Mr Trump, when he was president, caused controversy by moving the US embassy to Jerusalem in 2017.

A Downing Street spokeswoman said Ms Truss informed Mr Lapid “about her assessment of the current location of the British Embassy in Israel”.

Then the secretary of state, she made the pledge during the Tory leadership contest in a letter to Israel’s conservative friends.

Ms Truss said she understood the “importance and sensitivity” of the location.