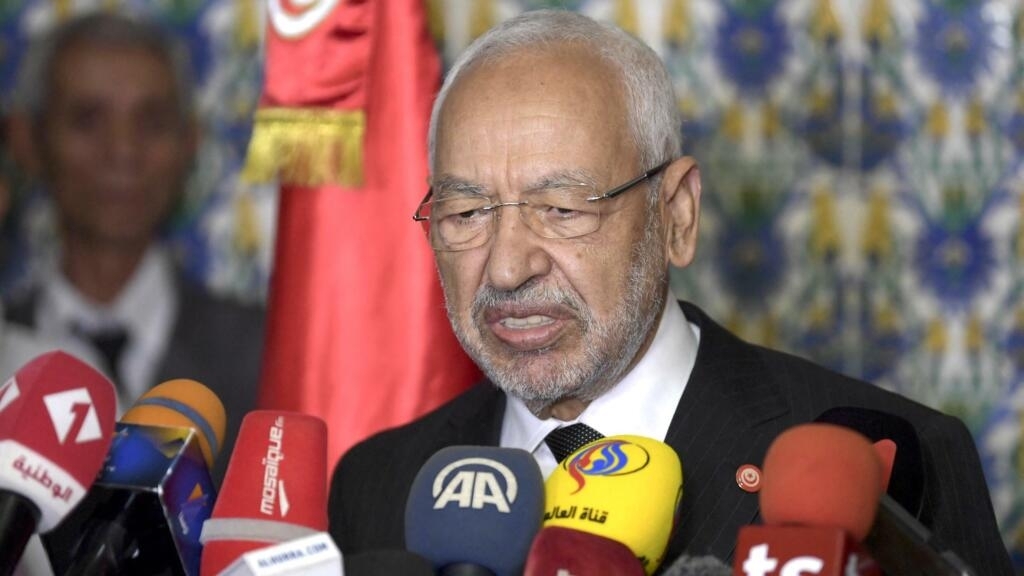 The speaker of Tunisia’s dissolved parliament and arch-rival to President Kais Saied was released late Thursday, his lawyer said, after he was on trial for money laundering and “inciting violence”.

Rached Ghannouchi, who also heads the Islamist-inspired Ennahdha party that dominated Tunisian politics for a decade until Saied took power in mid-2021, was questioned about the matter earlier in July.

Other Ennahdha members are also being prosecuted for suspicious transactions involving Instalingo, a company that produces digital content.

The company has been under investigation since last year for alleged “conspiracy against state security” and inciting violence.

After a 14-hour hearing, the investigating judge has released Ghannouchi, his lawyer Sami Triki said, adding that a date for the next hearing has not yet been set.

Earlier in the day, the 81-year-old arrived at court in the coastal town of Sousse, where he told reporters that the case was an “empty file” and a “fabricated problem”.

“This is fabricated and intended to distract the Tunisian people from the real problems we face,” he said.

Ghannouchi has strongly criticized Saied’s seizure of power in July 2021, which saw the president sack the Ennahdha-backed government and take full executive power.

Saied also dissolved parliament and pushed through a constitution that gave his own office almost unlimited powers.

Ghannouchi and other Ennahdha officials are also on trial in a separate case known as the “dispatch of jihadists” to conflict zones, which has been at the center of political debate for years and has recently resurfaced.

Ennahdha denies all charges against its members.

In July, judges froze Ghannouchi’s Tunisian bank accounts and those of several family members and members of his party.

That came after a court issued a travel ban against him in May as part of an investigation into the 2013 murders of two prominent left-wing figures.