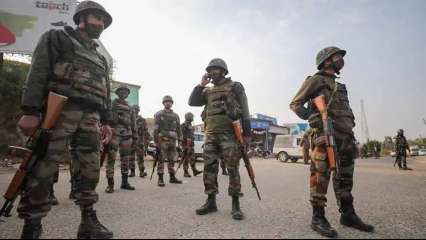 An underground tunnel at the international border in the Samba district of Jammu and Kashmir was detected by border security forces (BSF) on Sunday, November 22.

The tunnel was discovered by a BSF patrol and was reportedly used to infiltrate across the border.

According to BSF officials, the four Jaish-e-Mohammad terrorists killed in a meeting Thursday may have used the tunnel to infiltrate the country from Pakistan.

The BSF is not taking any risks and has launched a massive operation since Friday to dig up more such tunnels. The army and the police are also part of this operation, which is still ongoing.

The terrorists had come in an attempt to disrupt the District Development Council polls, which were to take place in eight phases from Nov. 28, police said.

Two men from J&K Police SOG were injured during Thursday’s meeting near the Jammu-Srinagar National Highway toll booth. The injured were identified as Kuldeep Raj (32) from Akhnoor and Mohammad Ishaq Malik (40) from Neel Qasim Banihal Ramban.

Both had been admitted to GMC Jammu and are now believed to be in stable condition.

Delhi’s air quality is “very bad”, likely to improve over the next 24 hours

The ICSI CSEET 2020 result will be declared today on icsi.edu,...