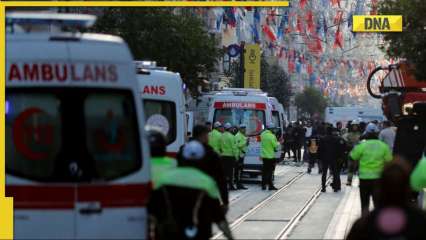 A Syrian woman placed the bomb in the street in Istanbul, killing six and injuring several on Sunday, Turkish police said. She is reported to have been trained by Kurdish militants.

The woman has reportedly admitted to receiving an order from the Kurdistan Workers’ Party (PKK). The group has been listed as a terror group by Ankara and its Western allies. Earlier, Istanbul police also detained 46 people in connection with the explosion. The woman has been identified as Ahlam Albashir, Reuters reported.

At first interrogation, the woman said she was trained by Kurdish militants in Syria and entered Turkey through the Afrin region of northwestern Syria, police said.

READ | Russian withdrawal from Kherson: humiliating defeat or a strategic move by Russia?