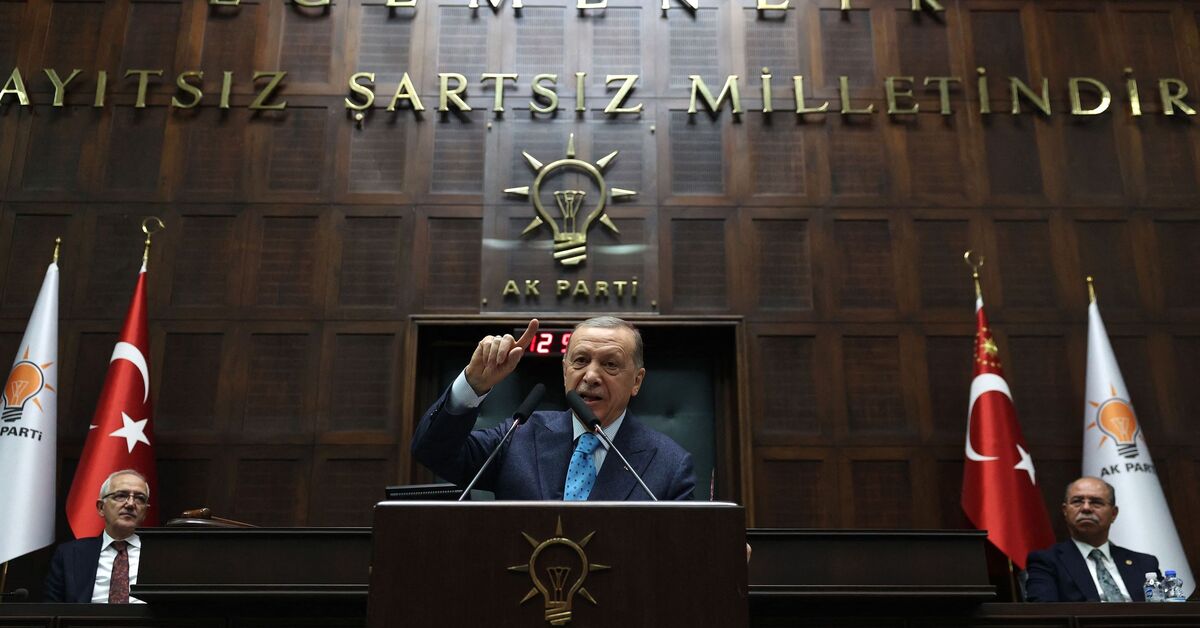 Turkish president Recep Tayyip Erdoğan seized his opportunity in the crisis that is the war in Ukraine: he used his star as a mediator between Moscow and Kiev, flirted with a rapprochement with Syria, re-established ties with Israel and the Gulf, and tried to improve US-Turkey relations to strengthen.

His actions appear both urgent and purposeful given the difficult economy and elections now scheduled for May 14. Nazlan Ertan reports.

The opposition coalition has yet to name a candidate, and an anticipated close race looks increasingly, albeit slightly, in Erdogan’s favour.

That was the context last week when the Turkish Foreign Minister Mevlut Cavusoglu came to Washington for meetings with the US Secretary of State Anthony Blink.

The Biden administration has proposed selling F-16 fighter jets to Turkey in exchange, unofficially and not as a condition, for Ankara’s approval of Sweden’s bid for NATO membership.

If that’s not the official deal, then it is the expectation in Washington. However, Erdogan is comfortable with diplomacy at stake. He shows no sign of buying the clutch, at least not now, and certainly not before the election.

“The two issues are separate and run their own course,” Cavusoglu said Wednesday, adding that Turkey will consider both Finland and Sweden’s accession bids in the steps outlined in the June 2022 trilateral memorandum, as it crackdown on anti-Turkish militant groups, extradition of dozens of people and lifting of all bans on arms sales to Turkey.

ALSO READ  Is Jordan really the custodian of the holy places of Jerusalem?

All NATO member parliaments must approve membership offers, and Turkey is the last remaining member.

While Ankara is expected to approve Finland’s request, Cavusoglu said “Sweden is only at the beginning of the road” to meeting the terms of the memorandum.

The Turkish foreign minister also seemed unimpressed by the opposition to the F-16 sale from, among others, the US senator Robert Menendez (D-NJ), Chairman of the Foreign Relations Committee. Menendez links his support to an improvement in the human rights situation in Turkey Elizabeth Hagedorn reports.

The Biden administration, Cavusoglu said, “should not bow” to objections from some critics on the Hill.

The conclusion of the visit is that both Washington and Ankara are trying to keep the often troubled relations as stable as possible until after the May 14 elections.

“We haven’t gotten to the actual negotiation stage on these accounts yet, and everyone is collecting and dangling their cards,” said Asli Aydintasbas, visiting fellow in foreign policy at the Brookings Institution in Washington. “There won’t be any serious discussions about the F-16s or NATO membership or much else until after the election.”

Exclusive poll on Turkey: Check out our Al-Monitor-Premise polls on the Turkish elections and how people in Turkey and elsewhere in the Middle East view the food security crisis caused by the war in Ukraine.

The dialogue between Turkey and Syria upsets rebel groups

Although a rapprochement between Erdogan and the Syrian president Bashar al-Assad seems imminent, the upsurge in official talks has upset many of Turkey’s 3.5 million Syrian refugees and armed rebel groups, including those backed by Ankara.

The refugees are worried about rising anti-refugee sentiment in Turkey and the prospect of perhaps forced repatriation to Syria, if there is an agreement between Turkey and Syria, as Joshua Levkovitz reports.

Rebels linked to the Turkey-backed Syrian National Army also question whether their patron could pull back and leave them vulnerable to Assad’s forces. Hayat Tahrir al-Sham (HTS), the al-Qaeda-origin jihadist group that holds sway in Idlib, has sought to capitalize on the uncertainty to expand its influence as the only bona fide nationalist force. Fehim Tastekin reports.

Mary Cassis reports here on the fighting this week between Russian-backed Syrian government forces and both HTS and Ahrar Al Sham, another jihadist group, in the provinces of Idlib and Aleppo.

In an exclusive interview with Amber ZamanCommander of the Syrian Democratic Forces (SDF). Mazloum Kobane said he expects a Turkish ground offensive in northeastern Syria as early as February.

“We want peace,” Kobane said. “But if we are attacked, we will fight with all our might.”

“The Syrian space is heating up in many ways, with the clashes between the many forces on the ground,” Aydintasbas said. “While fleeting, the signs don’t seem to point to an imminent invasion by Turkey, but it could change.”

The Biden administration has repeatedly called on Turkey to refrain from incurring, and this was transferred to Washington’s Cavusoglu. Like the sale of the F-16 and NATO’s expansion, Erdogan is likely to delay his next move in Syria until after May, while talks with Washington on a Syrian roadmap continue.

Jihadists could organize a comeback

One possible outcome of a potential Turkey-Syria deal could be a return of battle-hardened Syrian jihadists to Turkey and Europe, Tastekin writes.

And Gilles Keelnow writing for Al-Monitor, speculates that what is happening in Syria cannot be disconnected from Ukraine, raising the specter of a possible new wave of terrorism to Europe.

“The greatest concern before us now lies in the long-lasting consequences of the war in Ukraine, which some Chechens fighting alongside Moscow have called a holy jihad,” writes Kepel. “It could turn into violence against Kyiv’s western allies if the Turkish-Syrian border were further destabilized ahead of Turkey’s presidential election on May 14.”