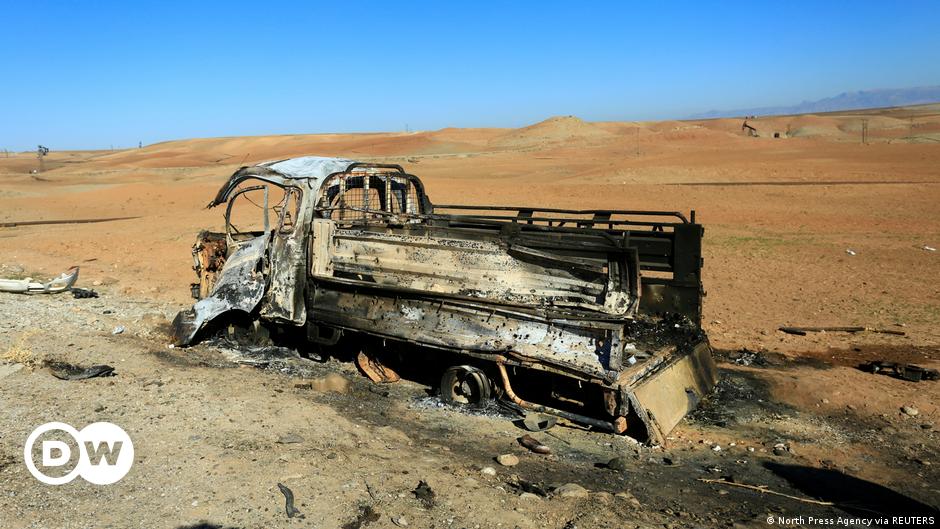 Turkish President Recep Tayyip Erdogan suggested on Wednesday that the campaign of airstrikes in Syria using planes, artillery and drones was just “the beginning”.

Turkey launched the operation, which is also taking place in Iraq, as an initial response to a bombing raid in Istanbul earlier this month that Ankara blames on Syrian militants. The Kurdish groups deny any responsibility.

“Our determination to secure our entire southern border… with a safe zone is stronger today than ever before,” Erdogan told lawmakers in parliament. “While we continue our uninterrupted airstrikes, we will also deal with terrorists by land when it suits us best.”

Arrests after the Istanbul bombing

Also on Wednesday, Russia reiterated its position and called on Turkey to wait before launching a large-scale ground offensive against militants in Syria.

“We hope that our arguments will be heard in Ankara and that other ways to solve the problem will be found,” senior Russian negotiator Alexander Lavrentyev said after a new round of Syrian talks with Turkish and Iranian delegations in Kazakhstan.

Lavrentyev also said that the United States was guilty of plotting a “destructive” path in northeastern Syria, and that resolving the Kurdish question would be an important factor in stabilizing the situation in the region.

The US has allied itself with the Syrian Democratic Forces (SDF), led by the YPG Kurdish militia, in the fight against Islamic State in Syria. However, Washington’s alliances have not gone down well in Ankara.

Russia and Turkey have already engaged in deep dialogue at various stages this year, while Ankara seeks a peaceful solution to the conflict in Ukraine, where a number of high-profile negotiations between Moscow and Kiev are taking place.

Meanwhile, the commander of the Kurdish-led Syrian Democratic Forces in the northeast of the country said his group is ready to repel a ground invasion by Turkey.

SDF chief Mazloum Abdi told TBEN news agency his group has been preparing for another attack since Turkey launched a ground attack in the region in 2019. “We believe we have reached a level where we can repel any new attack. in any case the Turks will not be able to occupy more of our territories and there will be a great battle. “If Turkey attacks one region, the war will spread to all regions… and it will harm everyone,” he added.