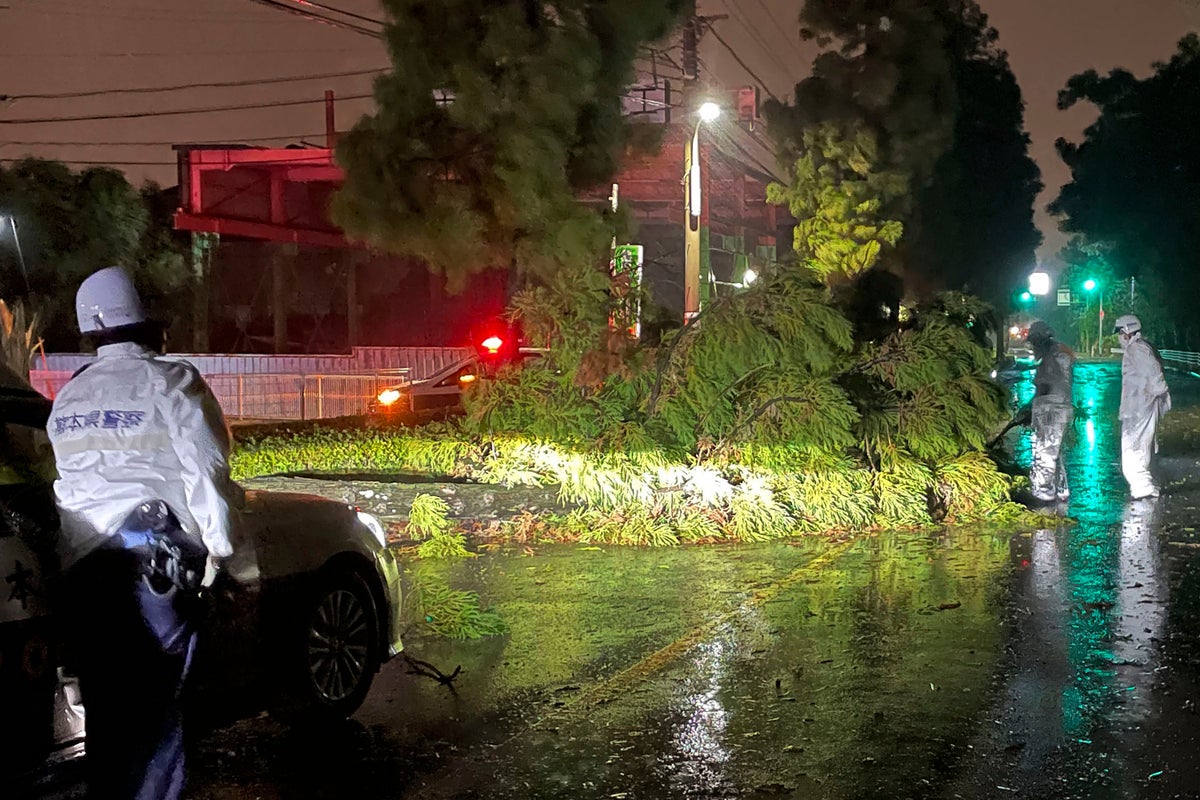 A powerful typhoon slammed into southwestern Japan on Monday with heavy rainfall and wind, injuring dozens of people as it veered north toward Tokyo.

Residential streets were inundated with muddy water from rivers and parts of houses collapsed after Typhoon Nanmadol made landfall in the Kyushu region on Sunday.

The typhoon had sustained winds of 108 kilometers per hour (67 mph) and gusts of up to 162 kilometers (100 miles) per hour, according to the Japan Meteorological Agency.

Tens of thousands of people spent the night in sports halls and other facilities to evacuate vulnerable homes as a precaution.

According to Japanese media, more than 60 people were injured, including those who fell in the rain or were struck by broken glass.

Torrential winds smashed signboards. A construction crane snapped and a window of a pachinko saloon was shattered in southwestern Japan’s Kagoshima city.

Bullet trains and airlines have suspended service. There were warnings about landslides and swelling rivers. Convenience stores and delivery services temporarily closed their doors in southwestern Japan, while some highways were closed and people had problems with cell phone connections.

The storm is expected to continue its northeasterly path over Japan’s main island of Honshu, causing heavy rainfall over the region that includes the cities of Osaka and Kyoto, before arriving in Tokyo on Tuesday and moving into northeastern Japan.

ALSO READ  Dozens killed by Ian, one of America's strongest and costliest storms