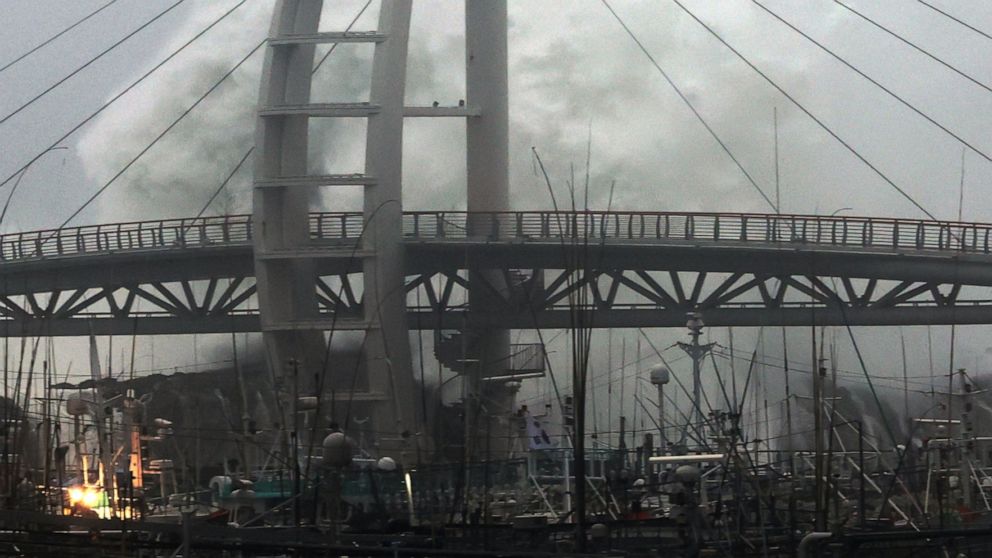 Seoul, South Korea — The most powerful typhoon to hit South Korea in years ravaged the southern part of the country on Tuesday, dumping nearly a meter of rain, destroying roads and cutting power lines, leaving 20,000 homes without electricity as thousands fled to safer ground.

Typhoon Hinnamnor grazed the holiday island of Jeju and arrived near the mainland port of Busan in the morning, moving northeast toward the sea with winds of up to 144 kilometers (89 miles) per hour. It is on track to move closer to eastern China later in the week, after ferry services in eastern China and flights in Japan had been suspended the previous days.

South Korean officials have warned the nation of potential damage from floods, landslides and tidal waves unleashed by Hinnamnor just weeks after heavy rains in the region around the capital Seoul caused flooding that killed at least 14 people.

ALSO READ  We are here to stay

Prime Minister Han Duk-soo called for evacuations in areas vulnerable to flooding, saying Hinnamnor could become a “historically strong typhoon that we have never experienced before”.

The storm has dumped more than 94 centimeters (37 inches) of rain in central Jeju since Sunday, where winds peaked at 155 km/h (96 mph).

A 25-year-old man went missing after falling into a rain-swollen stream in the southern city of Ulsan, according to the Interior and Security Ministry, which did not immediately report more casualties. Fires were reported at a large POSCO steel plant in the southern city of Pohang, but it was not immediately clear whether they were caused by the storm.

The Security Ministry said more than 3,400 people in the southern regions were forced to leave their homes over security concerns and officials advised or ordered 14,000 people to evacuate. At least five homes and buildings were flooded or destroyed, and numerous roads were damaged.

More than 600 schools were closed or converted to online classes. More than 250 flights and 70 ferry services were grounded while more than 66,000 fishing boats were evacuated to ports. As of 6 a.m., workers were able to restore electricity to 2,795 of the 20,334 households that were left without power.

A South Korean presidential official, speaking on condition of anonymity during a background briefing, said officials were investigating the cause of the fires at the POSCO plant in Pohang, where firefighters were working to put out flames that had spread at least three times. facilities in the complex.

ALSO READ  How schools have changed in South Africa, according to a principal – and what parents need to know

Lim Yoon-sook, an official with the fire service of North Gyeongsang Province, said the flames destroyed a building with electrical equipment and continued to burn through a separate office building, although workers were close to putting out a smaller fire at a coking plant.

In North Korea, state media reported “all efforts” to minimize damage from flooding and landslides. The Korean Central News Agency reported that leader Kim Jong Un issued unspecified “detailed tasks” during government meetings to improve the country’s disaster response capacity, but did not elaborate on the plans.