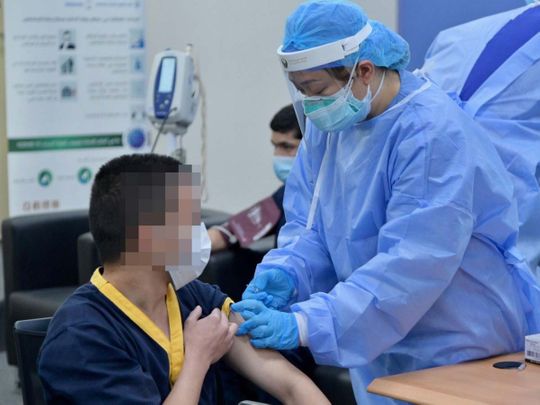 Abu Dhabi: The UAE’s Interior Ministry has provided COVID-19 vaccine to 179 detainees in the country, the ministry said Thursday.

The ministry recently set up a center within federal punitive and correctional institutions to provide the vaccine to inmates who want to receive the COVID-19 vaccine free of charge. According to a tweet from the ministry, 179 inmates received the vaccine on the first day.

Colonel Khalid Al Suwaidi, director of the Abu Dhabi Federal Penitentiary and Correctional Institution, said the initiative was launched on the directives of Lieutenant General Sheikh Saif Bin Zayed Al Nahyan, Deputy Prime Minister and Minister of ‘Interior. “The ministry launched the initiative for detainees wishing to be vaccinated after having explained the mechanism of the doses and answered the questions of the detainees by specialized officials”, said Col Al Suwaidi in a video posted by the ministry on Twitter .

The inmates, who spoke in the video, expressed their appreciation for the initiative that enabled them to be part of the ongoing national immunization program. “I would like to thank the Ministry of Interior and the government of the United Arab Emirates for giving us the opportunity to receive the vaccine. We came voluntarily to take the vaccine, ”one of the detainees said in the video.

The Bharat Express News - January 23, 2021 0
SINGAPORE: Since WhatsApp updated its terms of service...