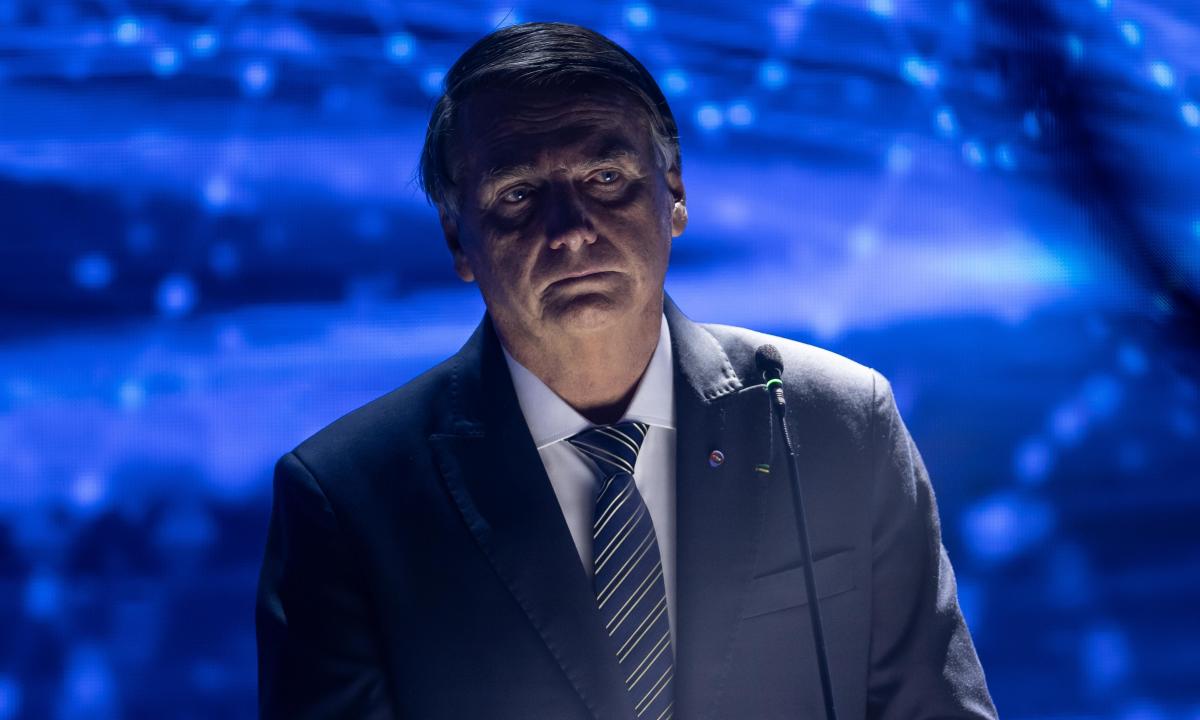 On January 8, 2023, a sea of ​​people dressed in the yellow and green that symbolizes the Brazilian flag descended on Brasília, the country’s capital, to demand that the military overturn the presidential election.

Over the course of four hours, thousands of far-right supporters of former President Jair Bolsonaro stormed all three branches of the country’s government — Congress, the Supreme Court and the Presidential Palace — wreaking havoc on iconic modernist architecture.

The chaotic scenes were reminiscent of the attack on the US Capitol on January 6, when mobs, fueled by false allegations of voter fraud, looted buildings, attacked police officers and chanted pro-Bolsonaro slogans as they demanded the impeachment of newly inaugurated president Luiz Inácio Lula da Silva.

Aside from the rioters who flooded the country’s federal institutions, mixed martial arts fighters were also among those who publicly celebrated Bolsonaro and the coup attempt, including one who took part in last weekend’s pay-per-view show in Brazil .

Deiveson Figueiredo, a former UFC champion who lost his flyweight title after a TKO loss in Saturday’s UFC 283 co-main event, was among those calling for a military coup against Brazil’s elected government. A recent investigation by BloodyElbow.com revealed that Figueiredo shared a series of pro-Bolsonaro messages on WhatsApp, including a photo saying it was time to “invade Brasília”.

“Either there remains a free country or [we] die for Brazil,” the post read.

A second post shared by Figueiredo encouraged rioters to “camp inside the Congress,” while a third showed Bolsonaro being greeted by military generals, along with a caption calling for the military to stage a coup against the incumbent government.

Bolsonaro, who served as Brazil’s president from 2019 to 2022, regularly rubbed shoulders with UFC fighters, even elevating some to prominent political positions. Former UFC fighter and jiu-jitsu champion Renzo Gracie was named ambassador of international tourism in 2019 under Embratur, a division of Brazil’s Ministry of Tourism. The following month, Gracie posted a video threatening to strangle French President Emmanuel Macron. Three years later, the Gracie family became embroiled in a scandal where they allegedly received government payouts from a fund earmarked for Brazil’s poorest families during the Covid-19 pandemic.

Despite celebrity endorsements, Bolsonaro lost a run-off election to former president Lula in October 2022. He fled Brazil just days before his rival’s inauguration and landed in Orlando, Florida, where he Remained in a vacation home of former UFC featherweight champion José Aldo. The former president was reportedly present during the January 8 riots.

ALSO READ  Manchin: It's a mistake that the White House is not negotiating the debt ceiling

Aldo later defended his decision to house Bolsonaro in his house, claiming it was just a business opportunity.

“The country is divided. Everyone on the other side will criticize me,” Aldo said on the Flow podcast, one of the most popular podcasts in Brazil. “However, I didn’t think about that. There is a good side and a bad side to everything you do in your life. Now it is always busy on the street. I get so many messages from people wanting to stay in the house. I’m sorry, but some people think small. They don’t care about business.”

The former UFC champion, who is also reportedly involved in a government scandal, now plans to put up a plaque in his home that reads: The president of Brazil stayed here.

MMA’s embrace of Bolsonaro is part of an ongoing trend of right-wing politicians and authoritarian leaders weaponizing the sport for political gain. Several MMA fighters, including legendary heavyweight Fedor Emelianenko, have campaigned for Russian President Vladimir Putin, while other Russian fighters (including a handful in the UFC) have publicly supported their country’s invasion of Ukraine.

Elsewhere, Ramzan Kadyrov, the ruthless dictator accused of numerous human rights abuses during his tenure at the helm of the Russian republic of Chechnya, founded his own MMA fight club and now has several fighters affiliated with him who compete in the UFC. Kadyrov, who has attended two UFC events in the past, is known for using his gym as a form of laundering his reputation and as a means of distraction from well-documented abuses such as enforced disappearances, torture and an ongoing purge of LGBTQ+ people in Chechnya.

ALSO READ  Expect a spring re-election announcement for Biden if he follows the examples of Trump, Obama, Bush and Clinton

On an organizational level, the UFC has organized events in conjunction with the government of Abu Dhabi in the United Arab Emirates, a country with a poor human rights record.

Meanwhile, controversial UFC president Dana White has also promoted former US President Donald Trump in recent years, providing him with a unique platform to embrace his political ideology. This, in turn, has encouraged other like-minded combatants to throw their weight behind other controversial leaders without fear of repercussions. It comes as no surprise, then, that countless UFC fighters have publicly used their platforms to support Bolsonaro and encourage attacks on democratic institutions.

But while the vast majority of Brazilian UFC fighters overwhelmingly support Bolsonaro, a handful of exceptions remain.

Two years ago, UFC strawweight Virna Jandiroba used her post-fight victory speech to praise Brazil’s universal healthcare system and target Bolsonaro for his failed handling of the Covid-19 pandemic. The fighter also recently shared a poignant story about her grandfather, who served as a colonel during Brazil’s infamous military dictatorship and was prosecuted for opposing the regime. This experience with fascism defined Jandiroba’s left-wing worldview and made her weary of populist figures like Bolsonaro.

“Bolsonaro insults me and my people on several levels,” Jandiroba said during a recent interview with Bloody Elbow. “It’s impossible for me to like him.”

Situation with China tense, US looking at other actions after shooting down balloon – Schumer