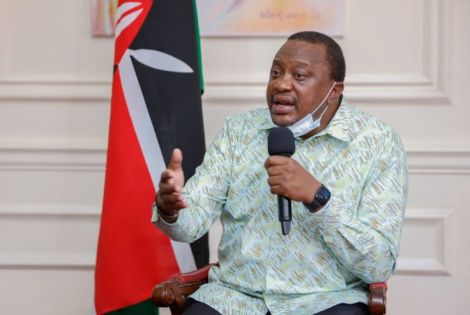 President Uhuru Kenyatta took his campaign against money laundering to the United Nations Security Council where he offered recommendations to mitigate financial crimes.

He was speaking at a meeting attended by UN Secretary-General Antonio Guterres and British Prime Minister Boris Johnson.

“Another important and swift action that the United Nations Security Council can take to strengthen peace and security in the most fragile regions of Africa is to take firm action against illicit cash outflows, the illicit exploitation of resources, terrorist financing and money laundering.

“Doing this immediately increases the resources available to the government to undertake climate change mitigation and deliver the public services and goods needed to consolidate and protect peace,” he said.

The Head of State explained that fragile countries in the grip of armed conflict or the threat of it receive little public or private investment. The lack of jobs and opportunities, in turn, exacerbates the political and security crisis.

President Kenyatta said Kenya’s priorities at the UNSC would be to tackle climate change and security.

“Africa, sadly, will suffer the worst consequences of climate change, despite being the least responsible for global greenhouse gas emissions. Climate change forecast for Africa suggests a future of water scarcity , decline in agricultural yields, invasion of the desert and damage to coastal infrastructure, “he noted.

He gave examples such as the drought-stricken Horn of Africa, the drying up of the Lake Chad basin and the shrinking of the Sahelian grasslands and savannah which have exacerbated economic vulnerabilities and triggered political, demographic dynamics. and migration that increase the threat of insurgency and violence. extremism.

The Head of State expressed the hope that the UNSC would listen more attentively and react to new innovative tools for the prevention of climate-related conflicts and the building of resilience.

He said Kenya will remain a strong voice for Africa in advocating for climate change and security.

“The world expects results and expects the Security Council to carry out its mandate ever more effectively. An increasing part of this work is likely to involve the effects of conflicts linked to climate change, ”concluded President Kenyatta. 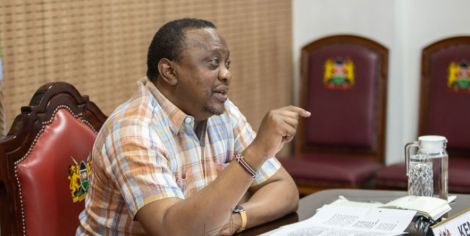 President Uhuru Kenyatta at the State House on Monday, February 8, 2020.

KRA announces new changes in the handling of tax matters