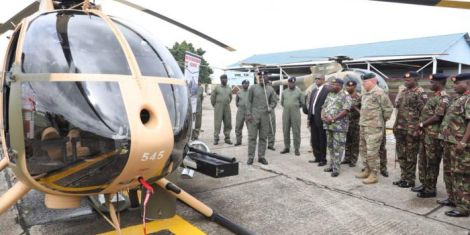 President Uhuru Kenyatta has consistently spoken about the modernization of Kenya’s security sector, from the military to the police.

On January 17, he announced a new comprehensive strategy to fight terrorist groups like Al-Shabaab and radical extremism in the country. The new structure focused on multi-agency coordination, advanced training and equipment upgrades, community participation and incentives for security guards.

“We understand that in a dynamic operating environment characterized by emerging and asymmetric threats, investment in modern technology and advanced training is essential for law enforcement in the 21st century,” Kenyatta added on Thursday, November 19. during a speech in Kitui County.

He also inspected the ongoing construction of a modern hospital and reported a fleet of 35 patrol vehicles donated by the US government to bolster Kenya’s counterterrorism efforts.

Wednesday October 28, Kenyatta commissioned the construction of the Ulinzi sports complex in the Lang’ata region of Nairobi.

The complex will have various sports facilities such as an Olympic swimming pool, a 7,500-seat football stadium, outdoor basketball and tennis courts as well as an indoor arena.

In addition to sports facilities, the complex will have a recreational nature trail and an aquatic center for water sports. They will be open sports personalities, soldiers and their families.

This project saw the government enrolling university students in their early 20s who developed security weapons such as the CMZ 4 assault rifle, improvised explosive countermeasures and other high-tech firearms.

Students were recruited by the National Intelligence Service (NIS) under the guidance of faculty.

The KDF 10th Battle Group (10GB) was equipped with the weapons to be used to counter the Al-Shabaab militia group in Somalia. The President’s Office would fund the 700 young people in the program. 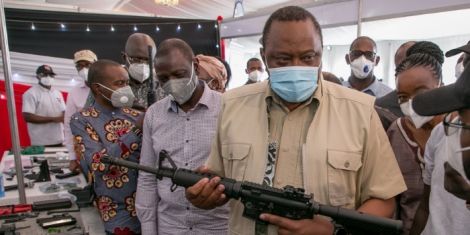 Aditya Roy Kapur looks menacing in ‘OM – the Battle Within’...