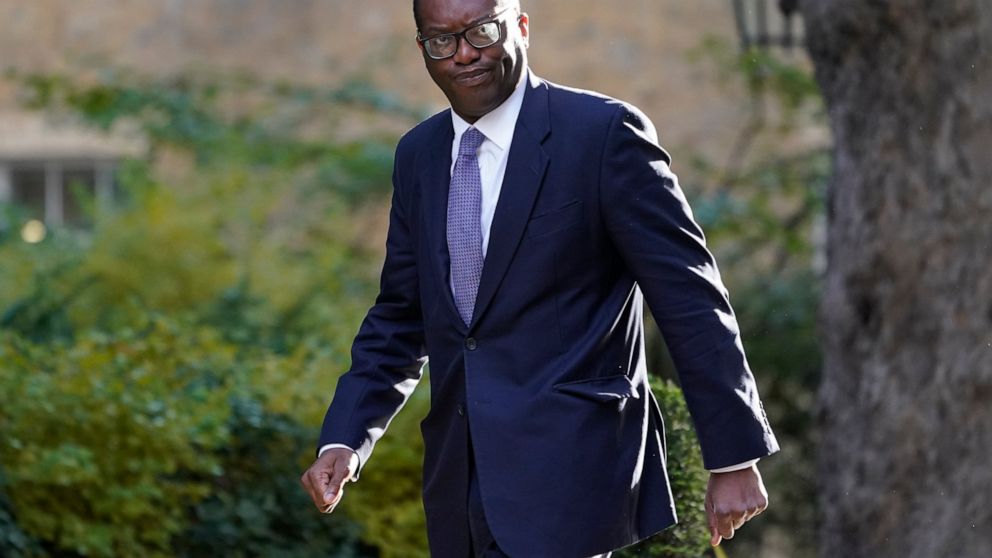 Treasury chief Kwasi Kwarteng said there were “too many barriers to entrepreneurship” as he put lower taxes at the top of the government’s agenda.

Kwarteng announced in his ‘mini-budget’ that he was reversing an increase in the national insurance tax introduced by the previous government in May to help pay for health and social care. He said the basic income tax rate will fall from 20% to 19% next year. The top rate goes from 45% to 40%.

“We need a new approach for a new era, focused on growth,” he told lawmakers in the House of Commons.

Prime Minister Liz Truss, who became UK leader less than three weeks ago, has repeatedly emphasized that her Conservative government’s core business is to cut taxes to boost economic growth. She stated this week that she is ready to make “unpopular decisions” such as increasing bankers’ bonuses to attract jobs and investment.

Friday’s statement was billed as a “tax event” rather than a budget, as it is not accompanied by an analysis of costs from TBEN Office for Budget Responsibility. Opponents say the government is evading control.

“Never before has a government borrowed so much and explained so little,” said Rachel Reeves, economics spokeswoman for the opposition Labor party.

The plan goes against the view of many conservatives that governments should not incur huge debts that taxpayers will eventually have to pay. And there are concerns that this could undermine confidence in the UK economy, which has already seen the pound fall to a nearly 40-year low against the US dollar. Sterling fell below $1.12 on Friday ahead of Kwarteng’s statement.

Rising inflation and a cost of living crisis, driven by soaring energy costs, are the biggest immediate challenges facing the Truss government. Inflation stands at 9.9%, nearly the highest Britain has seen since the 1980s, and is expected to peak at 11% in October.

ALSO READ  Are the Fed and the ECB too aggressive?

The Bank of England said on Thursday that the UK may already be in a recession, defined as two consecutive quarters of economic contraction. It expects gross domestic product to fall 0.1% in the third quarter, below the 0.4% growth forecast in August. That would be a second quarter drop after official estimates showed production fell 0.1% in the previous three months.

In the past two weeks, the government has announced it will cut gas and electricity bills for households and businesses, fearing that the poorest cannot afford to heat their homes and that businesses will go bankrupt this winter.

Some economists have warned of the sharp rise in government bonds.

The Institute for Fiscal Studies warned that borrowing is expected to hit 100 billion pounds ($113 billion) a year, even after the temporary measures to support energy bills expire in two years. The research institute said that with such debts, officials’ claims that cutting tax rates would lead to sustainable economic growth was “a gamble at best.”

Paul Johnson, director of the institute, also said the Conservative government’s measures to help millions pay their energy bills will not reverse a steady decline in living standards.

“I’m afraid the energy price shock has made us poorer and we will be worse off,” he said. “Government can spread the pain over time and between people, but it won’t be able to work magic in the end.”

Kwarteng also announced new ‘investment zones’ across England where the government will offer tax cuts for businesses and help create jobs. He will also provide details on how the government plans to accelerate dozens of major new infrastructure projects, including in the areas of transport and energy.

Truss — who was inspired by Margaret Thatcher’s small state economy, free market economy — has maintained that economic growth and corporate tax cuts will benefit everyone in the country.