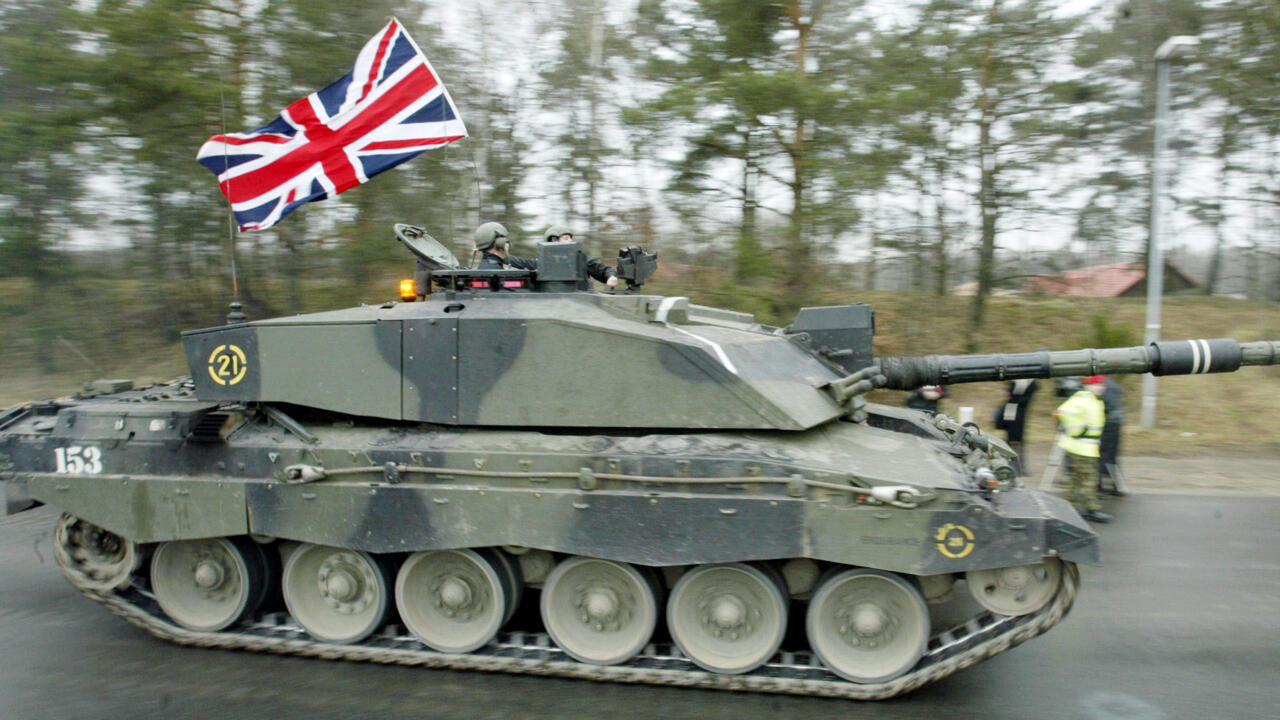 Britain’s offer to send more than a dozen Challenger 2 tanks to Ukraine has increased pressure on Germany to do the same with its coveted Leopard 2 main battle tanks. But the resignation of Germany’s defense minister on Monday, just days before a critical meeting at the US air base in Ramstein, Germany, has raised questions about whether Berlin will give the green light to exporting main battle tanks to Ukraine.

Tanks have taken center stage this week as members of the Ukraine Defense Contact Group meet at Germany’s Ramstein Air Base on Friday, January 20, for the third such meeting since Russia invaded Ukraine last February.

The meeting could not have come at a more critical time. With weeks to go before the winter snows melt, and with Russia mobilized for a spring offensive, Ukraine needs a massive firepower boost from its Western allies – and fast.

Enter the tank, a piece of military hardware once considered obsolete and too expensive for modern warfare. But as Ukrainian troops try to break through Russia’s deep, steadfast frontline defenses in the Donbas, tanks dominate the discourse leading up to the Ramstein rally.

It was the first Western donation of main battle tanks or MBTs to Ukraine. It was also another challenge for Germany, as Europe’s most populous nation comes under increasing pressure to supply Kiev with its Leopard 2 tanks, or at least give the green light to other European nations to refit their German main battle tanks. to export to Ukraine.

Germany has blocked supplies to Ukraine with its Leopard 2 offensive tanks, with Chancellor Olaf Scholz repeatedly expressing concern that his country is seen as escalating conflict and provoking Russian President Vladimir Putin.

Berlin’s hesitation has come under heavy criticism from Poland and the Baltic states as Ukraine’s devastating war approaches its first anniversary next month.

On Monday, Polish Prime Minister Mateusz Morawiecki once again called on Germany to send Ukraine all the weapons it needs, including main battle tanks.

“I call for decisive action by the German government to supply all kinds of weapons,” Morawiecki said in a keynote speech at a special ceremony at the German parliament. “The battle for freedom and our future is raging right now… Tanks should not be left in warehouses, but placed in their hands,” he added.

But even as the Polish prime minister spoke, the German media was focused on news that broke just an hour earlier, when Christine Lambrech announced her resignation as German defense minister.

As a member of Scholz’s Social Democratic Party (SPD), Lambrech faced months of criticism over what many see as Germany’s hesitant response to the conflict in Ukraine.

Is it a tank or not?

Lambrech’s resignation came barely two weeks after she announced the January 20 Ramstein meeting following a conference call with US Secretary of Defense Lloyd Austin. It also came at a sensitive time in hopes that the meeting of defense ministers from the Ukrainian Defense Contact Group in Ramstein could help overcome Western hesitancy to send advanced weapons to Ukraine.

“It could weaken the West’s response to the war at a time when the West should present a united front. Russia has been trying to undermine Western cohesion for some time now, and with this resignation the West seems a lot less united,” said Rod Thornton of the Department of Defense Studies at Kings College London.

In recent weeks, momentum has been building among NATO member states to supply Ukraine with the kind of assault weapons they had previously refused to send for fear of provoking Moscow.

In early January, France was the first in the world to heed Kiev’s repeated calls for Western-made armored tanks by supplying its lightweight armored fighting vehicle, the AMX-10 RC.

Originally designed for reconnaissance, the AMX-10 RC is sometimes referred to as a “light tank”, but it has wheels rather than tracks and is not considered an MBT. The wheels allow the AMX-10 RC to go faster on roads, but it’s not built for muddy or rough terrain.

ALSO READ  Only 23 million Amtrak passengers in 2022; US Airlines had 736 million

The announcement sparked a debate among defense analysts over whether the Bradleys and Marders are tanks, as they both have tracks rather than wheels. However, most military experts agree that the Bradley and Marder do not fit the definition of “tank” because they have smaller guns, a shorter firing range, and are not designed to attack other tanks.

“What will happen to the Leopard 2s?”

While Britain’s Challenger 2 makes it to the MBT class, military experts note that the weekend’s announcement of a squadron of 14 vehicle deliveries is unlikely to significantly change the dynamics on the Ukrainian battlefield.

“The Ukrainian army needs a more sustainable tank fleet. Delivering an artisanal quantity of the Challenger 2 is symbolic, but it is not a sustainable option,” explained Shashank Joshi, defense editor at The Economist and visiting fellow at Kings College London. “The main question is: what will happen to the Leopard 2s across Europe?”

Together, those 13 armies operate more than 2,000 Leopard 2 vehicles “in various variants and levels of readiness”, according to the European Council on Foreign Relations (ECFR). “The more countries donate tanks, the easier it will be to share the burden of giving them away,” the ECFR said in a September 2022 report.

Tank logistics and economies of scale

Supplying main battle tanks to Ukraine in bulk also overcomes the logistical and training challenges posed by MBTs, according to military experts.

The Leopard 2 weighs about 69 tons and the Challenger 2 almost 72 tons, making them at least 20 tons heavier than the Soviet-designed MBTs currently used by Ukraine.

While the Ukrainian armed forces have the know-how to operate Soviet-designed tanks, it would take at least two months to train them to use NATO-supplied tanks, Thornton estimates.

In addition, the heavy tanks require combat engineering and mobility support vehicles to operate on the battlefield.

But Thornton said the UK’s decision to provide just 14 heavy armored vehicles is more of a gesture than a real game changer.

“Britain made a grand offer that meant nothing on the battlefield,” Thornton added. “But Germany is the robbery.”

Helmets, but no main battle tanks

When the war began on February 24, Germany—with its dependence on cheap Russian energy and its post-war commitment to pacifism—was considered the weak link in the Western response to Russian aggression.

Nearly a year later, however, critics say Scholz has failed to keep his promises or that he has done too little, too late.

While she was defense minister, Lambrech took some of the hardest blows, especially with her blunders in delivering 5,000 helmets to Ukraine when the country desperately needed weapons to block Russian tanks advancing on the capital.

Lambrech’s departure offers Scholz the opportunity to appoint a successor who can at least be regarded as up to the task. But the new German Defense Minister is soon thrown into the deep end. US Secretary of Defense Austin will arrive in Berlin this week and will hold talks at Ramstein Air Force Base ahead of Friday’s meeting. On Sunday, the German and French governments will hold bilateral security talks.

With just days to go until the Ramstein meeting, and with the German Defense Ministry entering a leadership change, expectations for substantial MBT commitments remain low. “I’m not sure we’ll get a final decision on the German Leopard 2. It depends on coalition politics in Germany,” Joshi said.

Thornton admits that the token British Challenger 2 offer has put pressure on Germany to increase their aid to Ukraine, but it may not arrive in the form of the coveted main battle tanks. “There will be some kind of increase in aid,” he said. “But the level of help is difficult to assess.”