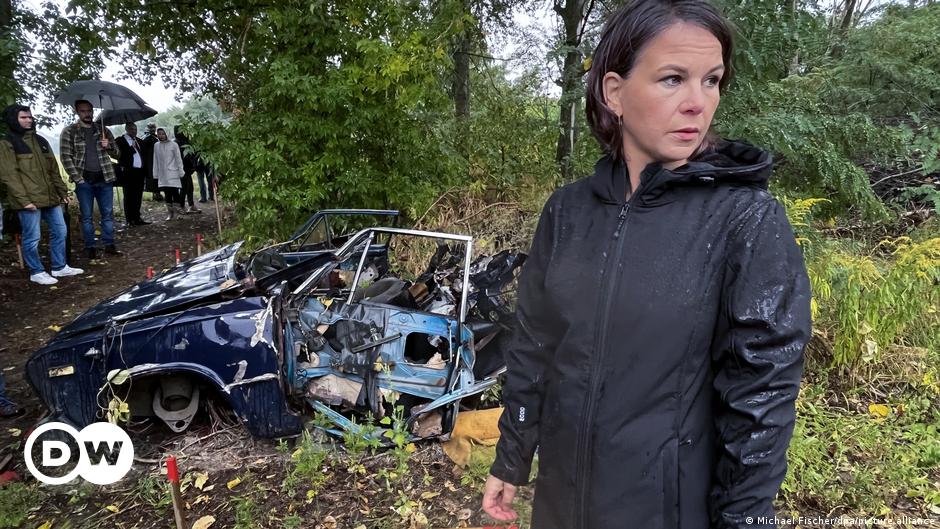 German Foreign Minister Annalena Baerbock has promised Ukraine further military aid during an unannounced visit to Kiev on Saturday. It is her second visit to Ukraine since Russia invaded in late February.

She was hesitant to publicly guarantee Kiev’s demand for battle tanks, but assured that Germany would help clear mines from conflict zones.

Baerbock said: “As the situation on the ground changes, we will re-examine our support and discuss further steps.”

At a joint press conference with Ukrainian Foreign Minister Dmytro Kuleba, Baerbock emphasized that the time was urgent.

She added: “The coming weeks and months will be crucial.”

Baerbock said its presence in the country is meant to show “that we will continue to support Ukraine for as long as it takes — with the supply of weapons, as well as with humanitarian and financial support.”

“It’s clear to me, [Russian President Vladimir] Putin is counting on us getting tired of sympathizing with Ukraine’s suffering,” she said. “He believes he can divide our societies with lies and blackmail them with energy supplies. And that he can deprive us of the energy to defend ourselves against this brutal attack on all our values.”

But Putin’s calculation was wrong, she said. “Because all of Europe knows that Ukraine defends our peaceful order.”

Germany promises help with mine clearance

Baerbock has also promised Ukraine further support in clearing mines in former combat zones. In addition to supplying weapons, this is important to make life safer for people in areas temporarily occupied by the Russian army, the German minister said during her visit to a minefield in Velyka Dymerka near Kiev.

In Velyka Dymerka, Germany is supporting a civil mine clearance project. The federal government has made a total of €6 million ($6 million) available for the disposal of explosives by the non-governmental organization HALO.

Baerbock traveled with a small delegation from Poland on a special night train to Kiev on Saturday evening.

She plans to meet with Ukrainian Foreign Minister Dmytro Kuleba, among others, although her exact schedule has been kept secret for security reasons.

Baerbock last visited Ukraine in May — a visit that included a trip to Bucha, where Russian soldiers were reported to have committed civilian massacres and war crimes.

US Secretary of State Antony Blinken visited Kiev two days ago, where he pledged more than $2 billion in additional military aid to Ukraine and its neighbors.