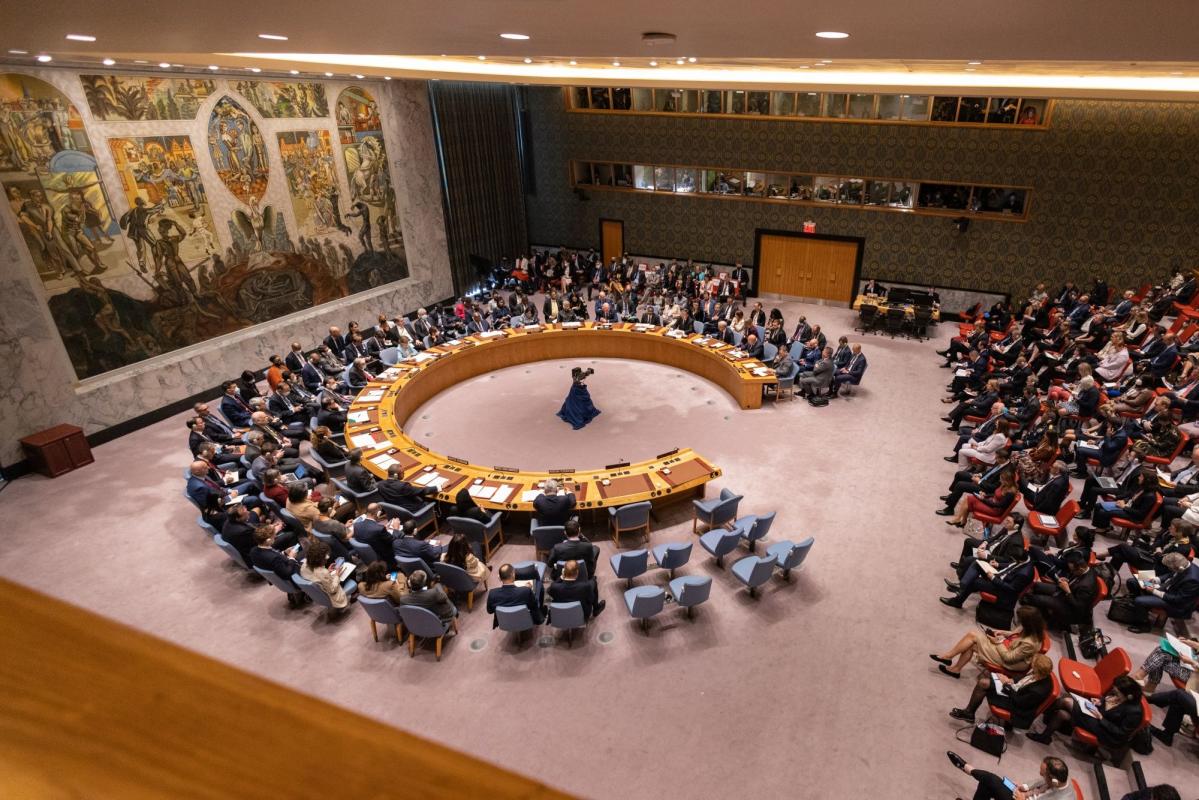 (Bloomberg) — On the eve of the seven-month war, voting begins Friday in four Moscow-occupied territories on whether or not to join Russia. The Ukrainian government and its allies have labeled the votes a sham, reminiscent of a similar vote in Crimea in 2014, prior to its annexation. “We can’t — we won’t — allow President Putin to get away with it,” US Secretary of State Antony Blinken said on Thursday.

The votes in the Donetsk and Luhansk regions, as well as in Kherson and Zaporizhia, mark an escalation in Russia’s plans to annex parts of its neighbor. They follow the recent military setbacks of Russian troops and President Vladimir Putin’s decision to call up as many as 300,000 reservists to fight in Ukraine.

The troops’ mandatory call-up sparked protests across the country. Thousands took to the streets during the biggest demonstrations since the early days of the war. Men of military age rushed to find ways to flee the country.

The Ukrainian General Staff said Russian troops continue to suffer losses, including under command, including a major general injured in a recent attack on Svatove in the Luhansk region. The claim cannot be verified. Russia attacked the city of Zaporizhzhya with missiles last night, regional governor Oleksandr Starukh said. Early Friday, a loud explosion was heard in Melitopol, also in the Zaporizhzhya region. Over the past day, Ukrainian forces repulsed Russian attacks near eight settlements, including near Donetsk and in the Kharkov region. “Ukraine is now exerting pressure on territory that Russia deems essential for its war purposes,” the UK said.

Moscow “buried” prospects of talks with Kiev with this week’s actions, Ukrainian President Volodymyr Zelenskiy said in a speech to the nation on Thursday.

“Russia declares it supposedly wants negotiations, but announces mobilization,” Zelenskiy said. Ukraine’s stance on the impossibility of diplomacy after “mock referendums” was clear, he said.

Putin’s new draft also meant that the war in Ukraine “for the majority of Russian citizens is not something on TV or on the Internet, but something that has invaded every Russian home,” he said.

Of the EU, only Hungary held bilateral talks with Russia at the UN (8:20 am)

Hungarian Peter Szijjarto was the only EU foreign minister to hold talks with Russian Sergei Lavrov in the margins of the UN General Assembly in New York, underlining the special relationship between Budapest and Moscow.

The pair discussed Hungary’s reliance on Russian energy, Szijjarto said after the meeting. Russia has halted gas supplies to much of the continent in retaliation for EU sanctions for Moscow’s invasion of Moscow.

Hungary, whose Prime Minister Viktor Orban this week called for the lifting of trade restrictions against Russia, has been rewarded with additional gas volumes on top of contracted volumes.

Putin’s mobilization of as many as 300,000 reservists will not happen anytime soon and will not solve the moral and weak commandos that have hindered Russian forces in Ukraine, according to the Pentagon.

“It would take time for Russia to train, prepare and equip these troops,” Defense Department spokesman Brigadier General Pat Ryder told reporters at the Pentagon. “While in many ways this could address a manpower problem for Russia, it is not clear whether it will address the command-and-control, logistics, conservation and most importantly morale issues that we have seen Russian troops in Ukraine experience.”

Russia’s Lavrov scorns the west by arriving late at the UN and walking away (9:00 PM)

The UN Security Council gave Russian Foreign Minister Sergei Lavrov an icy reception as he went ahead to defend his country’s invasion of Ukraine. The veteran diplomat made sure he didn’t linger to hear the criticism.

In a show of opposition to the Western condemnation, Lavrov arrived well after the council opened a special meeting on Thursday to discuss the conflict in Ukraine. He gave his speech — accusing the West of forcing Russia to invade to protect itself — then walked away.

European Union member states are rushing to reach a political agreement within weeks that would impose a price cap on Russian oil.

Pressure has grown since Putin announced a “partial mobilization” of troops in an escalation of Russia’s war in Ukraine and is likely to be part of a new package of sanctions to be proposed by the European Commission, according to people familiar with the matter. A cap would align the EU with US efforts to keep the price of crude oil from rising and hit Moscow’s revenues.

Despite new efforts from the commission, the EU executive and some member states, the plan faces many hurdles and a positive outcome is not obvious, said the people, who asked not to be identified because the discussions are private.

Russia has set out how much its gas flows to the global market will decline over the next three years — and the numbers underscore the magnitude of the challenge Europe’s energy consumers face.

Read more: Russia sets how much it will cut gas flow through 2025

Four regions in eastern and southern Ukraine will hold referendums on accession to Russia from Friday. The votes have been labeled a “sham” by the G-7.

“The defense of all areas will be significantly strengthened by the Russian armed forces,” which were announced this week in a new mobilization, Medvedev said on Telegram.