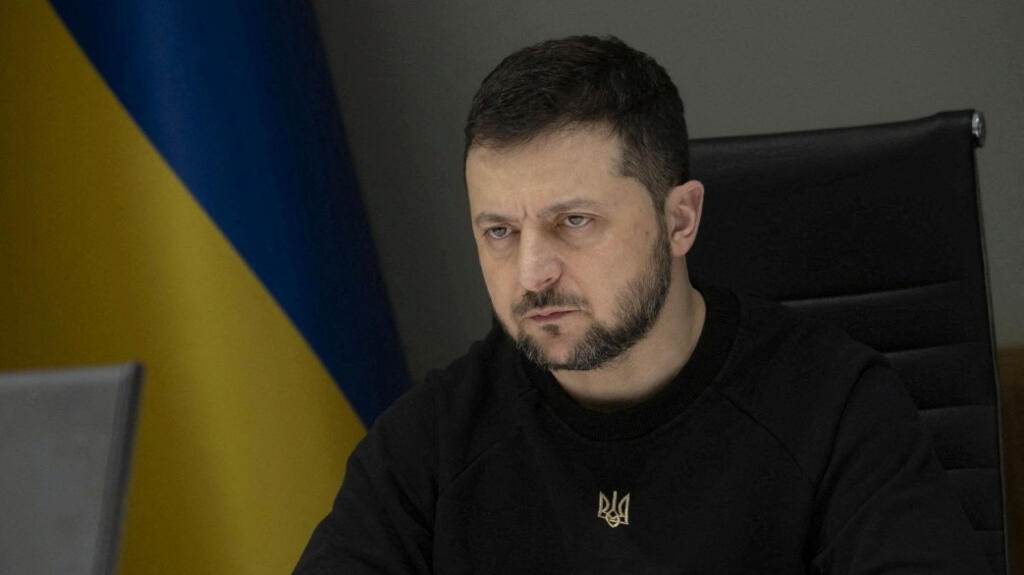 Ukraine on Tuesday fired the governors of five battlefield provinces and a string of other senior officials in the biggest shakeup of its wartime leadership since last year’s Russian invasion.

Separately on Tuesday, a long-awaited decision on whether Allies could send German-made heavy tanks to Ukraine finally reached Berlin after Poland said it had formally sent its request.

Among more than a dozen senior Ukrainian officials who resigned or were dismissed on Tuesday were the governors of the Kiev, Sumy, Dnipropetrovsk, Kherson and Zaporizhzhia regions.

All five regions have been major battlegrounds over the past year, giving their governors an unusually high national profile.

A deputy defense minister, a deputy prosecutor, a deputy head of President Volodymyr Zelenskiy’s office and two deputy ministers responsible for regional development were among the others who left.

Some, but not all, had been linked to corruption charges. Ukraine has a history of corrupt and shaky governance and is under international pressure to show it can be a reliable steward of billions of dollars in Western aid.

“There are already personnel decisions – some today, some tomorrow – regarding officials at various levels in ministries and other central government structures, as well as in the regions and law enforcement,” President Volodymyr Zelenskiy said in an overnight video address.

Zelenskiy aide Mykhailo Podolyak tweeted, “The president sees and hears society. And he responds directly to an important public demand: justice for all.”

The purge came two days after a deputy infrastructure minister was arrested and charged with siphoning $400,000 from contracts to buy generators in one of the first major corruption scandals to go public since the start of the war 11 months ago.

The defense ministry said deputy defense minister Vyacheslav Shapovalov, responsible for supplying troops, had resigned to preserve confidence after what it called false media allegations of corruption. It followed a newspaper report that the ministry had overpaid for food for troops, which the ministry denied.

The prosecutor’s office gave no reason for the dismissal of Deputy Prosecutor General Oleksiy Symonenko, who came under fire in the Ukrainian media for going on vacation in Spain. Although Zelenskiy did not name any officials in his address, he announced a new ban on public holidays abroad.

Kyrylo Tymoshenko, deputy chief of staff in Zelenskiy’s office, announced his own resignation, also without explanation. He had helped direct the president’s 2019 election campaign and more recently had a role in overseeing regional policy.

The changes are a rare shake-up from an otherwise remarkably stable wartime leadership in Kyiv. Aside from cleaning up a spy agency in July, Zelenskiy largely stayed with his team, built around fellow political newbies the former television actor brought to power when he was elected in a landslide in 2019.

Poland’s announcement that it had officially sought Berlin’s permission to export German-made tanks to Ukraine seems to leave little room for German Chancellor Olaf Scholz to delay a decision in what has become the most important debate among allies on how best to support Ukraine.

“I hope this answer from Germany comes quickly, because the Germans are slowing down, evading, acting in a way that is difficult to understand,” Polish Prime Minister Mateusz Morawiecki said at a news conference. “We can see that they don’t want to help Ukraine defend itself in a broader way.”

A spokesman for the German government said: “We will treat the proceedings with the urgency they deserve.”

Kiev has been advocating for months for Western tanks, which it says it desperately needs to give its forces the firepower and mobility to break through Russian defenses and recapture occupied territory.

Deployed by armies across Europe, German Leopards are widely seen as the best option, available in large numbers and easy to deploy and maintain. But Germany has so far resisted pressure to pledge one of its own leopards, saying its allies had yet to formally request permission to send their leopards.

“The Germans have already received our request for permission to transfer Leopard 2 tanks to Ukraine,” Polish Defense Minister Mariusz Blaszczak wrote on Twitter.

“I also appeal to the German side to join the coalition of countries that support Ukraine with Leopard 2 tanks,” he added.

“This is our common cause, because the security of all of Europe is at stake!”

The German army chief of staff said sending tanks was a political decision. A senior official said the choice ultimately rested with Scholz and his cabinet.

“Ultimately, of course, the decision will be taken at the Chancellery, in consensus by the government,” Foreign Ministry Secretary Tobias Lindner said at a defense conference in Berlin hosted by Handelsblatt.

‘Spring will be decisive’

The front lines in the war have been largely at a standstill for two months, despite heavy casualties on both sides. Russia and Ukraine are widely believed to be planning offensives in the coming months.

Western countries pledged billions of dollars in military aid last week but have yet to respond to Kiev’s request for hundreds of heavy battle tanks, pending a decision from Germany on the fate of its Leopards.

A Ukrainian official said the coming spring and summer will be decisive.

“If the major Russian offensive planned for this time fails, it will mean the downfall of Russia and Putin,” Vadym Skibitsky, deputy chief of Ukraine’s military intelligence, said in an interview with news site Delfi.