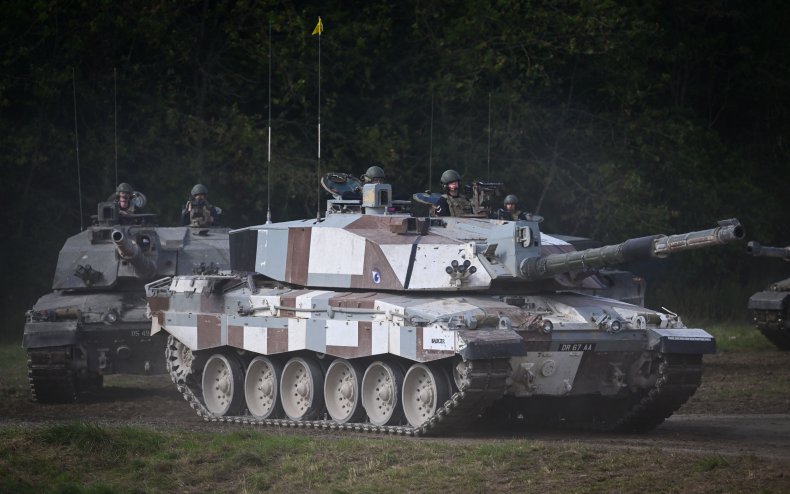 The UK has confirmed it will supply Ukraine with British tanks in a move that places the responsibility on Germany and other countries to provide more military aid to Kiev in its war with Russia.

The British government formally announced on Saturday, in a decision delayed earlier this week, that it would supply Challenger 2 tanks to Kiev, as well as additional artillery systems.

The announcement followed a discussion between British Prime Minister Rishi Sunak and Ukrainian President Volodymyr Zelensky, with the TBEN reporting that around a dozen tanks would be involved in the delivery. Sunak’s office said leaders “agreed on the need to seize this moment with an acceleration of global military and diplomatic support” for Kiev.

Zelensky tweeted that British support “will not only strengthen us on the battlefield, but also send the right signal to other partners.”

On their own, the tanks probably won’t be a game changer, but the UK’s decision to supply the tanks would be significant if other Western nations followed suit. Poland has plans to send 14 of its German-made Leopard tanks to Ukraine as part of a larger international aid coalition.

While Germany is a major supporter of Ukraine’s war effort, Chancellor Olaf Scholz is under international pressure to provide more military equipment. Earlier this month, it joined France in sending armored fighting vehicles to Ukraine.

ALSO READ  European official warns Musk era of 'Wild West' freedom of speech is over: 'There will be sanctions'

Built in the late 1990s, the Challenger 2 is more modern, offers better protection and is more accurate than the Soviet-era tanks currently used by Ukraine.

The US also announced last week that it would supply Ukraine with Bradley infantry fighting vehicles, artillery systems, armored personnel carriers and surface-to-air missiles as part of its latest military aid package.

Glen Grant, a military analyst at the Baltic Security Foundation who has seen the tanks on exercises in the UK, said the Challenger “is frightening because they are big and the ground rumbles. You can feel it on the ground as they approach you come.”

“In operational terms, this will be a great opportunity to form a real combat brigade,” he said News Week.

“Put that in with the (US-supplied) Bradleys and some of the other gear they have and they could really make something that could drive through, go through and scare people,” he said. “I just hope they don’t get them and then spread them because that will waste the main power of them.”

However, Jack Watling, a senior research fellow at the Royal United Services Institute, a British think tank, signed in The protector that the Challenger 2 was 20 tons heavier than the Soviet-designed tanks Ukraine uses and would put a strain on the Ukrainian infrastructure it would need to travel with.

In addition to the training required to use them, the tanks “would need to be provided alongside combat engineering and mobility support vehicles if they were to be deployable at any scale,” Watling added.