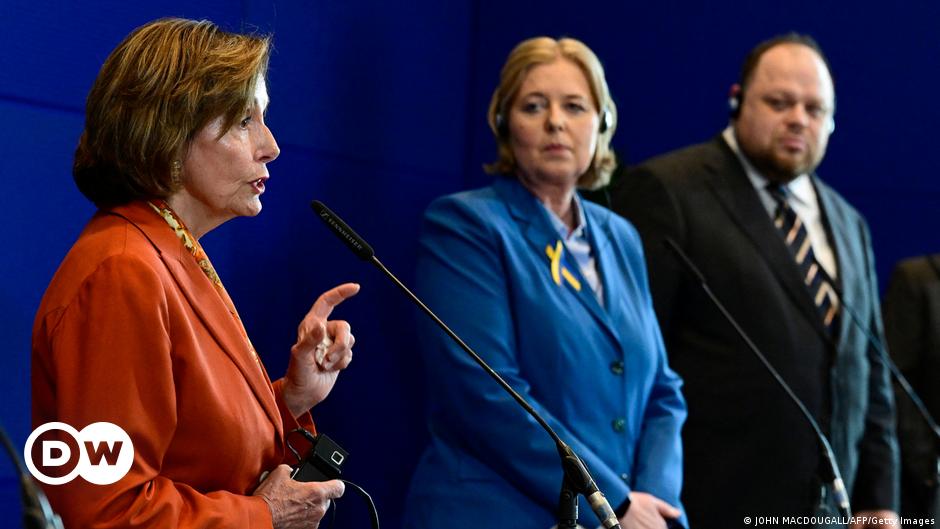 Parliamentary speakers from the G7 countries met in Berlin on Friday, with the Russian invasion of Ukraine at the top of the agenda.

Ruslan Stefanchuk, Speaker of the Ukrainian Parliament, the Verkhovna Rada, made a speech as a special guest. The summit came as Ukraine hopes to turn recent military gains into sustained momentum to end the war and drive Russian troops from its territory.

“The situation on the front lines has now changed, thanks to our army, but also thanks to the weapons we have received,” Stefanchuk said on Friday. “That’s why we need new, modern weapons.”

“The people of Ukraine are not only defending their democracy, but all of us, so it’s a small price to pay,” said Nancy Pelosi, Speaker of the US House of Representatives. “Of course we are concerned about the high energy prices, but these people are risking their lives.”

Washington has been determined in recent weeks that allies will not face aid fatigue at this critical time for Ukraine. As Speaker of the House of Representatives, Pelosi presides over the approval of military aid.

Bärbel Bas, president of the German Bundestag, said that Russian President Vladimir Putin waged a war against all the liberal democracies of the West, destroying his own country in the process. “And this is a fight he won’t win,” she said.

The day was to conclude with a joint statement by Pelosi and German Foreign Minister Annalena Baerbock ahead of an official dinner hosted by German President Frank-Walter Steinmeier.

The Bharat Express News - October 6, 2022 0
England's preparations for the Autumn Internationals have been dealt a blow by the news that hooker Jamie George will be sidelined for 10 weeks...

Arrests made after police seized gun, drugs and money in police...