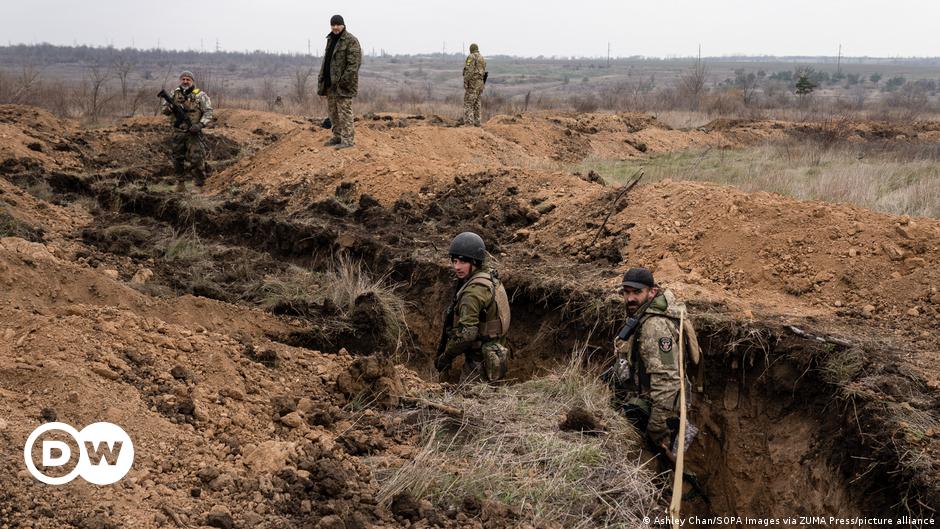 Ukrainian President Volodymyr Zelenskyy has reacted skeptically to Moscow’s announcement that Russian troops would withdraw from the southern Ukrainian city of Kherson.

In a rare move, Russian Defense Minister Sergei Shoigu said in a televised briefing on Wednesday that troops should leave the western bank of the Dnipro River, where Kherson is located.

But Zelenskyy doubted the announcement, saying: “The enemy does not bring us gifts, does not make ‘goodwill gestures’.”

Zelenskyy added in his overnight speech that any gains for Ukraine would only come “at the cost of “lives lost by our heroes”.

“[Russia] wants to make Kherson a ‘city of the dead’. [The Russian] military mines all they can: apartments, sewers. Left bank artillery plans to turn the city into rubble,” Zelensky’s adviser Mykhailo Podolyak said on Thursday.

An update from British defense intelligence on Thursday said Russian forces have been “pressured by Ukrainian attacks on Russia’s supply routes”.

According to the update, the withdrawal was likely to last for days as Russian forces destroyed bridges and “layed mines” to slow down advancing Ukrainian forces.

“This is definitely a rift in strategy. Even all the talk about wanting to save the lives of Russian soldiers… that’s also not really in line with what Russia has done elsewhere,” Connelly said, adding that this led to Ukrainians to believe the announcement is “a trap”.

Here are the other headlines from the war in Ukraine on Thursday, November 10:

NATO chief Jens Stoltenberg said he was waiting to see how Russia’s withdrawal from Kherson plays out, and that, if confirmed, it would be “another victory for Ukraine”.

“We need to see how the situation on the ground develops in the coming days. But what is clear is that Russia is under a lot of pressure,” he told reporters in Rome after meeting new Italian Prime Minister Giorgia Meloni.

He added that NATO would support Ukraine “for as long as necessary”.

“The unprecedented support provided by NATO allies, including Italy, is making a difference on the battlefield every day and remains vital to Ukraine’s progress,” he said.

For her part, Meloni said her government is committed to defending “the territorial integrity, sovereignty and freedom of Ukraine”.

Top US general Mark Milley said more than 100,000 Russian soldiers have been killed or wounded in Ukraine.

“Probably the same on the Ukrainian side,” Milley said in comments in New York.

He also said there was an opportunity for negotiations to end the war, as a military victory for both sides may not be possible.

“There has to be a mutual recognition that military victory probably in the true sense of the word may not be achievable by military means, and so you have to turn to other means,” Milley said.

In a report published on Thursdayclaimed the actions amounted to war crimes and probable crimes against humanity.

According to the human rights group, Russian troops forcibly moved civilians from occupied territories into Russian-controlled territory or into Russia itself.

It also claimed that children had been separated from their families and that people had been subjected to “abusive screening processes – known as ‘filtration’ – which sometimes resulted in arbitrary detention, torture and other ill-treatment.”

“Separating children from their families and forcing people to force hundreds of miles from their homes is further evidence of the grave suffering the Russian invasion has inflicted on Ukrainian citizens,” said Agnes Callamard, Amnesty General Secretary. .

The rights group said it interviewed 88 people, most of them citizens from the Black Sea port of Mariupol, as well as residents from the Kharkov, Lugansk, Kherson and Zaporizhzhya regions.

Moscow has evacuated thousands of civilians in recent weeks, particularly from the Kherson area, in what Kiev has described as a forced deportation.

The highly symbolic move comes despite ASEAN countries being quite reserved in their stance on Russia’s war against Ukraine.

US President Joe Biden will attend the ASEAN summit in person.

Russian President Vladimir Putin will not attend the Cambodia summit, nor will he attend the upcoming G20 meeting in Indonesia. Moscow will instead send Foreign Minister Sergey Lavrov.

Asked to comment on Ukraine’s presence at the meetings, Russian Foreign Ministry spokesman Maria Zakharova said, “This topic has nothing to do with us in general.”