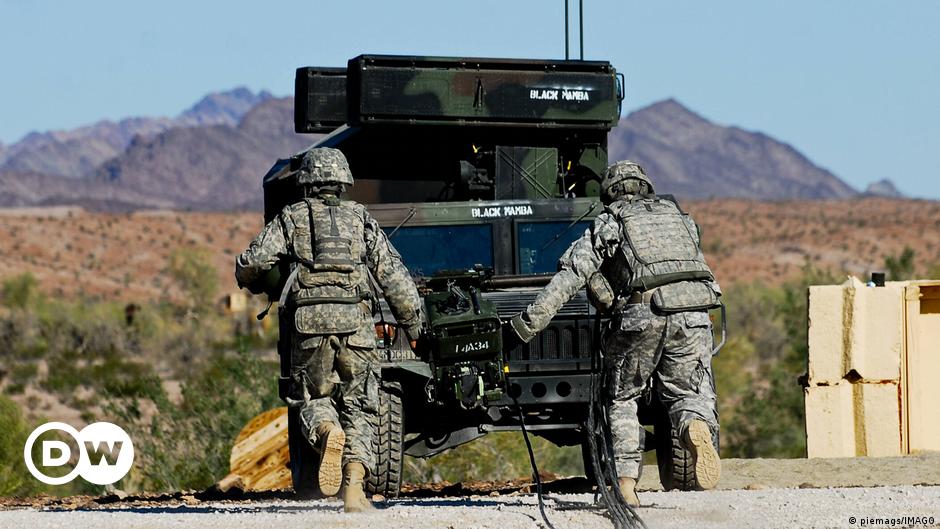 According to Sullivan, the United States has discovered some signs that Russian troops are planning to withdraw from the Ukrainian city of Kherson.

He also said that Russia’s withdrawal from some areas in Ukraine does not mean that the war in Ukraine is over. Sullivan added that Washington did not pressure Ukraine to engage in diplomacy with Russia over the war.

Here are the other headlines from the war in Ukraine on Thursday, November 10:

Ukrainian President Volodymyr Zelenskyy has reacted skeptically to Moscow’s announcement that Russian troops would withdraw from the southern Ukrainian city of Kherson.

In a rare move, Russian Defense Minister Sergei Shoigu said in a televised briefing on Wednesday that troops should leave the western bank of the Dnieper River, where Kherson is located.

“Russian forces are maneuvering into a prepared position on the left bank of the Dnipro River in strict accordance with the approved plan,” Russia’s defense ministry said on Thursday.

The leader of the Russian republic of Chechnya, Ramzan Kadyrov, said he considers the withdrawal of Russian troops to be the right decision.

But Zelenskyy doubted the announcement, saying: “The enemy does not bring us gifts, does not make ‘goodwill gestures’.”

Zelenskyy added in his overnight speech that any gains for Ukraine would only come “at the cost of “lives lost by our heroes”.

“[Russia] wants to make Kherson a ‘city of the dead’. [The Russian] military mines all they can: apartments, sewers. Left bank artillery plans to turn the city into rubble,” Zelensky’s adviser Mykhailo Podolyak said on Thursday.

An update from British defense intelligence on Thursday said Russian forces have been “pressured by Ukrainian attacks on Russia’s supply routes”.

According to the update, the withdrawal was likely to last for days as Russian forces destroyed bridges and “layed mines” to slow down advancing Ukrainian forces.

British Prime Minister Rishi Sunak’s office said it met with Zelenskyy on Thursday and agreed it was right to be cautious about Russia’s withdrawal “until the Ukrainian flag was hoisted over the city”.

“This is definitely a rift in strategy. Even all the talk about wanting to save the lives of Russian soldiers…that’s also not really in line with what Russia has done elsewhere,” Connolly said, adding that this led to Ukrainians to believe the announcement is “a trap”.

Madrid said at the beginning of the month it would send anti-missile and air defense systems, including four HAWK missile launchers and an Aspide surface-to-air missile system.

“We are committed to Ukraine because we understand it is exercising its legitimate right to self-defense,” Robles said.

Her ministry said 64 members of the Ukrainian army will receive training in deactivation, demining and target shooting in the central Spanish city of Toledo starting next week.

Twenty-one other Ukrainian soldiers are being trained to wield 105/14 howitzers in the southern city of Almeria, it added, and a further 19 have learned how to use the Aspide air defense system. The ministry says Spain needs to train about 400 Ukrainian soldiers every two months.

EU does not recognize Russian passports from occupied Ukraine

The European Union said it will not recognize Russian passports issued in regions of Ukraine annexed by Moscow.

The move, which also affects two Kremlin-controlled areas of Georgia, means that Russian travel documents given to residents of those regions cannot be used to obtain visas or enter the Schengen zone.
“This decision is in response to Russia’s unprovoked and unjustified military aggression against Ukraine and Russia’s practice of issuing Russian international passports to residents of the occupied territories,” the European Council said in a statement.

The move has yet to be formally signed by the European Parliament and EU member states.

In September, Russian President Vladimir Putin laid claim to four regions of Ukraine in a unilateral statement that was widely rejected by the international community. Moscow also annexed the Crimean peninsula of Ukraine in 2014.

Putin will not attend G20 summit in Bali

Russian President Vladimir Putin will not travel to Bali next week to attend the G20 summit, but Foreign Minister Sergei Lavrov will be there, officials said.

Putin had long left open his participation in the meeting on November 15 and 16. Indonesian President Joko Widodo had invited him to the summit of 20 major industrialized countries, despite Russia’s invasion of Ukraine and international condemnation.

“The Russian foreign minister will come in person,” said Jodi Mahardi, a spokesman for Indonesia’s Ministry of Investment, which is responsible for coordinating the summit. The Kremlin later confirmed this.

Ukrainian President Volodymyr Zelenskyy and some Western countries had called for Russia to be expelled from the G20. Zelenskyy is likely to attend the summit in Bali via video link, presidential spokesman Serhiy Nykyforov said.

NATO chief Jens Stoltenberg said he was waiting to see how Russia’s withdrawal from Kherson plays out, and that, if confirmed, it would be “another victory for Ukraine”.

“We need to see how the situation on the ground develops in the coming days. But what is clear is that Russia is under a lot of pressure,” he told reporters in Rome after meeting new Italian Prime Minister Giorgia Meloni.

He added that NATO would support Ukraine “for as long as necessary”.

“The unprecedented support provided by NATO allies, including Italy, is making a difference on the battlefield every day and remains vital to Ukraine’s progress,” he said.

For her part, Meloni said her government is committed to defending “the territorial integrity, sovereignty and freedom of Ukraine”.

Top US general Mark Milley said more than 100,000 Russian soldiers have been killed or wounded in Ukraine.

“Probably the same on the Ukrainian side,” Milley said in comments in New York.

He also said there was an opportunity for negotiations to end the war, as a military victory for both sides may not be possible.

“There has to be a mutual recognition that military victory probably in the truest sense of the word may not be achievable by military means, and so you have to turn to other means,” Milley said.

In a report published on Thursdayclaimed the actions amounted to war crimes and probable crimes against humanity.

According to the human rights group, Russian troops forcibly moved civilians from occupied territories into Russian-controlled territory or into Russia itself.

It also claimed that children had been separated from their families and that people had been subjected to “abusive screening processes – known as ‘filtration’ – which sometimes resulted in arbitrary detention, torture and other ill-treatment.”

“Separating children from their families and forcing people to force hundreds of miles from their homes is further evidence of the grave suffering the Russian invasion has inflicted on Ukrainian citizens,” said Agnes Callamard, Amnesty General Secretary. .

The rights group said it interviewed 88 people, most of them citizens from the Black Sea port of Mariupol, as well as residents from the Kharkov, Lugansk, Kherson and Zaporizhzhya regions.

Moscow has evacuated thousands of civilians in recent weeks, particularly from the Kherson area, in what Kiev has described as a forced deportation.

The highly symbolic move comes despite ASEAN countries being quite reserved in their stance on Russia’s war against Ukraine.

US President Joe Biden will attend the ASEAN summit in person.

Russian President Vladimir Putin will not attend the Cambodia summit, nor will he attend the upcoming G20 meeting in Indonesia. Moscow will instead send Foreign Minister Sergey Lavrov.

Asked to comment on Ukraine’s presence at the meetings, Russian Foreign Ministry spokesman Maria Zakharova said, “This topic has nothing to do with us in general.”