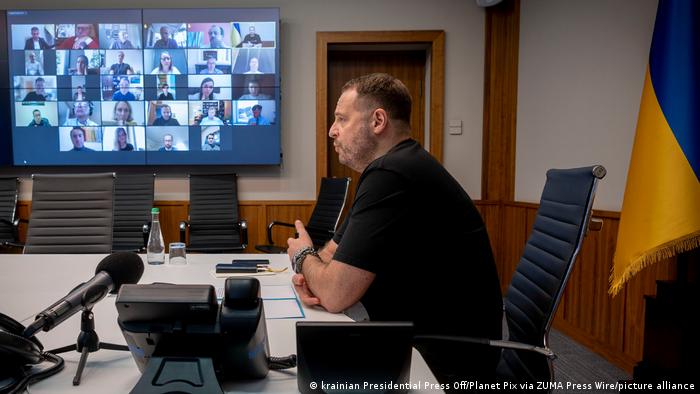 US National Security Council press secretary John Kirby said he had seen a shift in momentum after Ukrainian forces recaptured large areas in the northeast around the city of Kharkiv in recent days.

Others are more skeptical. At best, Eberhard Zorn, the Bundeswehr’s inspector general, sees “counter-attacks that could be used to reclaim towns or individual sections of the front, but not to push back Russia on a broad front,” as he told Saturday. to the German news magazine Focus.

It is probably also this sense of relative strength from which the Ukrainian leadership has now presented a security concept for the post-war period. It was jointly presented in Kiev by Andrii Yermak, the head of Ukraine’s presidential office, and Anders Fogh Rasmussen, the former Secretary General of NATO.

The fact that Rasmussen has worked on it already shows where Ukraine’s journey is headed: in the long-term to NATO membership. But first, the Ukrainian army must be equipped and trained for the future so that it can repel further Russian attacks. A group of countries, the newspaper says, must guarantee the security of Ukraine. The following are mentioned as possible guarantors: the United States, the United Kingdom, Germany, Canada, Poland, Italy, France, Australia, Turkey and the countries of Northern Europe and the Baltic States.

Roderich Kiesewetter, spokesman for the security policy of the German Christian Democratic Union (CDU), called the concept “sensible and realistic once Ukraine has restored its territorial integrity”. NATO entry should also “remain a goal for Ukraine,” Kiesewetter told TBEN. Among the guarantee states, in his opinion, should be nuclear powers “so that they also keep the nuclear umbrella over Ukraine. Otherwise, there would be a danger that Russia would continue to act with nuclear threats or blackmail.”

Indeed, for political scientist Johannes Varwick of the University of Halle, the concept is “a sensible consideration for the ‘time after’.”

“But the difficulty of security guarantees lies in the fact that, on the one hand, they must be credible to be useful to Ukraine, and on the other, they must remain under the binding force of the mutual assistance clause.” of Article 5 of the NATO treaty to be acceptable to Russia,” Varwick told TBEN.

Ukraine has become less modest about its future security over the course of the war. While Kiev had hinted at the start of the war that it could remain permanently neutral, joining NATO is now considered essential. In late August, Ukraine’s Deputy Prime Minister for European Integration Olha Stefanishyna said that only direct membership is now an option for her country.

This insistence was also likely in response to the G7 meeting in Germany at the end of June. In their final statement, the G7 states then expressed their willingness to “agree on long-term security commitments to assist Ukraine in its self-defense”. When TBEN asked Chancellor Olaf Scholz if he could be more specific about these security promises, he replied in a widely shared video: “Yes, I can.” And after a grin and a short pause, he just added, “That’s it.”

Ukraine has already painfully learned with the so-called 1994 Budapest Memorandum how little international security promises, even if formulated, can be worth. In exchange for handing over their Soviet-era nuclear weapons, the three former republics of Kazakhstan, Belarus and Ukraine have received security guarantees from the US, Britain and Russia. They were assured of sovereignty and inviolability of borders. Although the guarantors, the US and the UK, are today at the forefront of international arms aid to Ukraine, they have not intervened directly militarily.

Today, more than ever, Ukraine is pushing to join the Western Defense Alliance. But political scientist Varwick, unlike CDU politician Kiesewetter, believes this is a mistake, because Russia would never accept it: “We need to get the NATO issue off the agenda. The 2008 NATO accession pledge was already a mistake, and even today this discussion creates more problems than it solves.”

Medvedev: Guarantees would be ‘prelude to World War III’

There have been conflicting statements in recent days as to whether Russia is now ready for new negotiations after the latest Ukrainian offensive. Russian representatives had asked whether negotiations were possible, Stefanishyna told broadcaster France24. But there is no confirmation of this from Moscow.

Instead, Moscow reacted sharply to the concept of international security guarantees. This would be the “prelude to World War III,” said former Russian President Dmitry Medvedev. He said they would be getting close to the mutual assistance obligation under Article 5 of the NATO treaty. If Western countries try to weaken Russia in this way, “the earth would burn and the concrete would melt” in their own country, Medvedev threatened.

Kremlin spokesman Dmitry Peskov even justified the war again by Ukraine’s desire for NATO membership. Therefore, “the greatest danger to our country also remains, and so the reason for the need for the special military operation remains relevant, it becomes even more relevant,” Peskov told Interfax news agency. 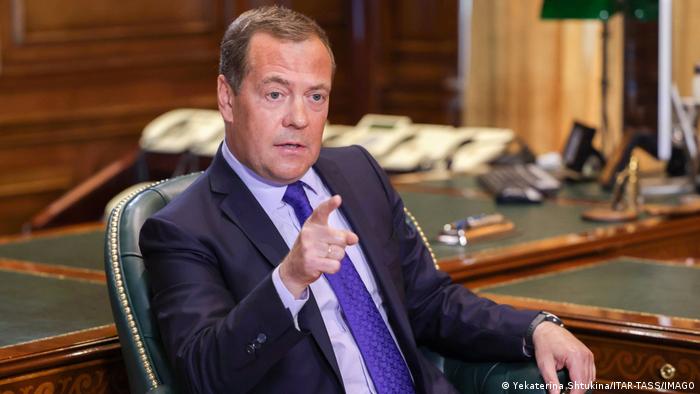 Chancellor Scholz, who spoke to Russian President Vladimir Putin for the first time on the phone after a three-and-a-half-month hiatus, also sees no willingness on the part of Russia to negotiate: it was a mistake to start this war,” Scholz said Wednesday. UN Secretary-General Antonio Guterres also expressed disappointment after a phone call with Putin. “It would be naive to think we are close to the possibility of a peace deal,” he said.

So thoughts of a post-war order are likely to remain pure theory for now. Varwick also believes that security guarantees only make sense if they are part of a political solution that is “backed by conviction by both sides”. But that’s not the case at the moment. Even in the latest Ukrainian offensive, he sees “no real turning point in the war yet. Russia still has the resources and the will to escalate and has not exhausted its options for escalation.”