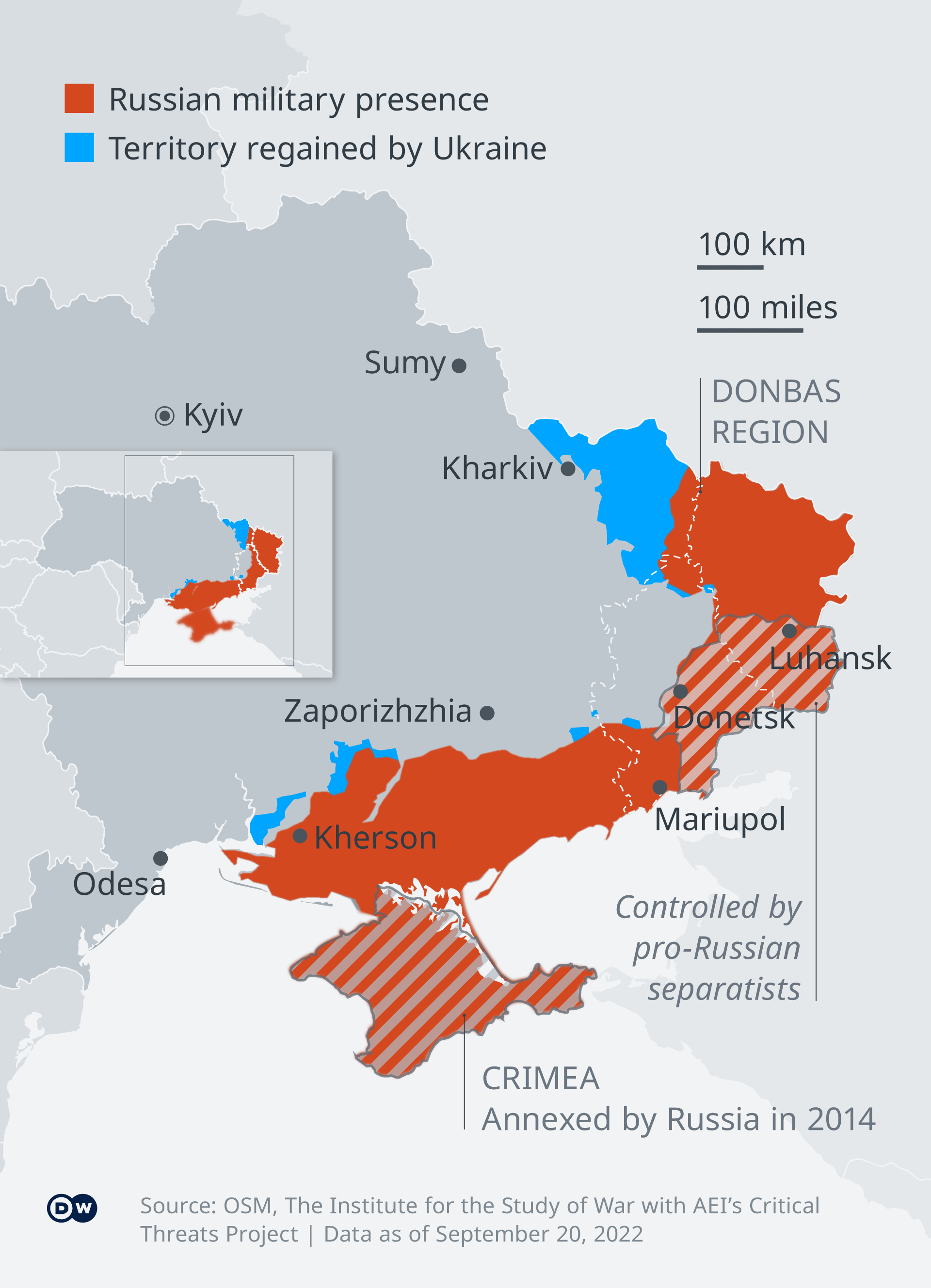 Next Thursday is the time for the confrontation in the German federal parliament, the Bundestag: lawmakers will debate German aid to Ukraine. And there is evidence that a majority is in favor of providing the country with modern tanks – something that Chancellor Olaf Scholz and his Social Democrats (SPD) seem reluctant to do.

Germany’s largest opposition party, the center-right Christian Democrats (CDU), has filed a motion for the delivery of Western-designed main battle tanks and infantry fighting vehicles from industrial supplies to Ukraine.

With the title “Defending Peace and Freedom in Europe – Now Resolutely Support Ukraine with Heavy Weapons”, the vote could reveal cracks in the governing coalition, as many Greens and neoliberal Free Democrats (FDP) deputies are. . also in favor of increased military assistance.

Impact of developments on the battlefield

In a surprise announcement in mid-September, the German Defense Ministry said it would deliver 50 armored Dingo transport vehicles to Ukraine. These would protect Ukrainian soldiers on the front line against Russian fire.

Ukraine has been calling for months to use Western tanks in its fight against the Russian attackers. After Kiev’s most recent military successes in the northeast of the country, the war is entering a new phase.

“Ukraine does not currently have the equipment to successfully counterattack, especially in the vast, vast grassland area. That is why Ukraine is seeking so much help with main battle tanks and armored personnel carriers,” Nico Lange, analyst at the Munich Security Conference and expert on Eastern Europe TBEN told.

ALSO READ  Ukraine's Zelenskyy visits city recently recaptured from Russia, says his troops are "on their way to the end"

Pressure on Germany to supply more heavy weapons to Ukraine has steadily increased.

But in mid-September, Inspector General of the Bundeswehr Eberhard Zorn, Germany’s highest-ranking soldier, downplayed Ukraine’s military success in the northeast of the country in an interview with the weekly newspaper. Focus news magazine. “I’m careful about using such terms,” ​​he said, referring to the Ukrainian military’s counter-offensive that has been praised by the US and UK. In the same interview, Zorn warned of Russian attacks on the Baltic states or Finland.

Ben Hodges, a former commander of US forces in Europe living in Germany, described Zorn’s statements as a “stunningly poor analysis of Russia’s capabilities”. He said only Finland could crush the Russian forces in their current state. And Lithuania and Poland, which share borders with the Russian exclave of Kaliningrad on the Baltic Sea coast, could “suffocate” them “within a week.” Most Western analysts agree with the US general.

Within the German government, the reluctant Social Democrats are facing increasing pressure from their coalition partners – the Greens and Free Democrats (FDP). In an interview with the Daily Frankfurter Allgemeine Zeitung newspaper,

Foreign Minister Annalena Baerbock of the Greens said: “At this decisive phase Ukraine is now in, I do not see this as a decision that should be postponed for a long time.” She added that in any case, the delivery of “modern battle tanks” such as the Leopard 2 can only be decided jointly “in a coalition and internationally”.

Baerbock has consistently spoken out in favor of solidarity with Ukraine.

This sounds a lot like a proposal from the European Council on Foreign Relations (ECFR), a Berlin-based think tank, for a “Leopard 2 plan” currently circulating in the German capital.

It recommends that European countries stocking Leopard 2 form a group to provide Ukraine with 90 battle-ready tanks. “After supporting Ukraine’s urban defensive struggle and bolstering its long-range strike capability, they must equip its armed forces for maneuver warfare. Heavy armor will be crucial in this next phase of the war,” analysts Gustav Gressel, Rafael Loss and Jana Puglierin recently wrote in a report.

They suggested that the German government create a “consortium of European Leopard 2 users” for this purpose, explaining that 12 European armies and Turkey had more than 2,000 different Leopard 2 tanks between them.

For Nico Lange of the Munich Security Conference, “an association of several European countries that have Leopard 2 battle tanks” could be a way to support Ukraine “on an equal footing” with the US. So far, Washington has delivered by far the most arms to Ukraine. 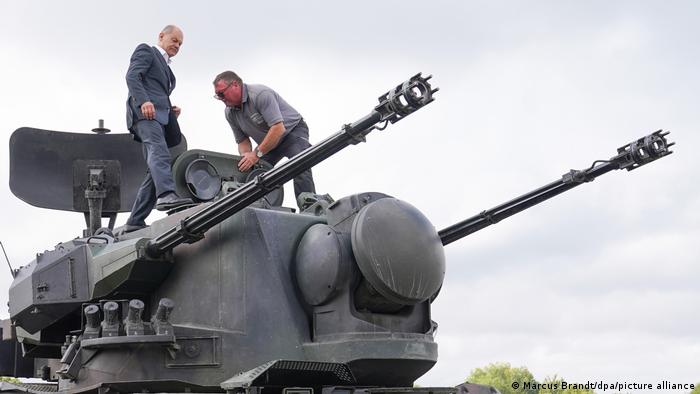 Berlin has been reluctant to provide exact figures on deliveries of state-of-the-art weapon systems. In addition to 50 Dingo armored personnel carriers, Ukraine is said to have received an unspecified number of Cobra artillery radar systems and Iris-T air defense systems.

The German Defense Ministry was much more precise when it came to the delivery of 20 anti-aircraft “Gepard” tanks, for which Berlin received recognition from the US and Ukraine.

The Ukrainian soldiers who will operate the tanks received training in Germany this summer. According to the ministry, work is currently underway to deliver another 10 Gepard tanks.

Germany is currently working on a military stock list that includes more than two dozen items. A majority will come directly from German arms producers, not from Bundeswehr stocks. These include armored recovery vehicles, bridge-building tanks, as well as hundreds of trucks and trailers.

According to the federal government, between January 1 and September 19 of this year, Germany approved arms exports to Ukraine worth more than EUR 733 million (approximately USD 723 million).