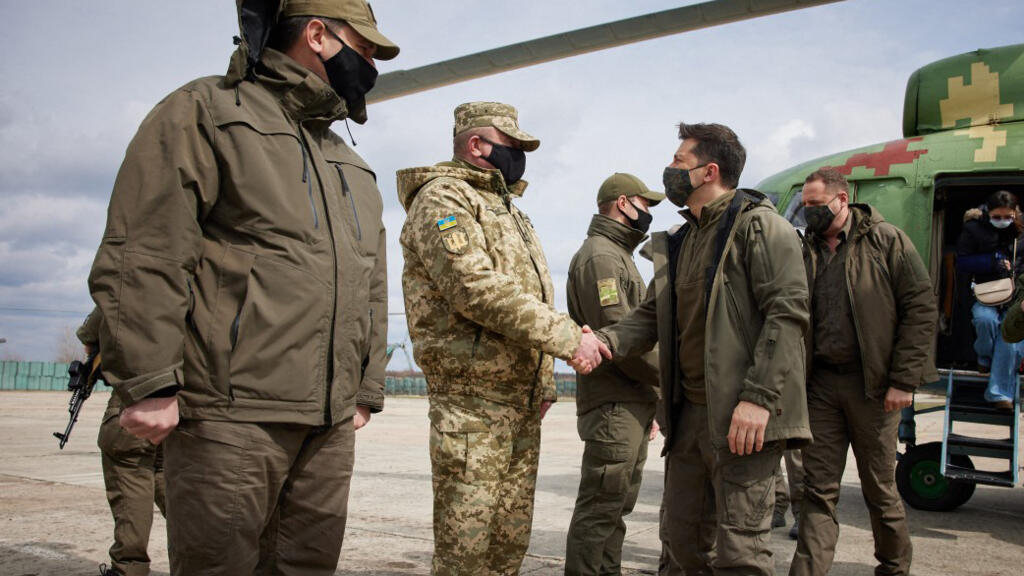 Zelensky’s visit to positions where a ceasefire “has been systematically violated in recent days” was aimed at “maintaining the fighting spirit,” the presidency said in a statement.

Another soldier was killed early Thursday after separatists opened fire on Ukrainian positions with mortars and artillery, the Ukrainian army said, bringing the number of its soldiers killed since the start of the war to 25. ‘year.

Fears of a major escalation of the conflict in eastern Ukraine, where government forces are fighting separatists in the predominantly Russian-speaking Donbass region, have become increasingly worrying since 2014.

Ukraine last week accused Russia of massing thousands of troops on its northern and eastern borders as well as on the Crimean peninsula annexed by Moscow.

The Kremlin did not deny the troop movements but insisted that Moscow “was not threatening anyone”.

Kiev’s Western allies rushed to its defense with a series of statements warning Russia against further action and demanding an explanation for its build-up.

Putin and Merkel express their “ concern ”

ALSO READ  On an island in the north of Scotland, tidal power supplies juice to electric vehicles

The Kremlin’s reading of the appeal also indicated that Putin “has drawn attention to Kiev’s provocative actions, which have recently deliberately exacerbated the situation on the front line.”

Earlier this week, Zelensky urged NATO to speed up his country’s application to join the alliance, saying it was the only way to end the conflict.

Alliance members responded by calling on Kiev to continue military and defense reforms.

It’s unclear what sparked the latest escalation in tensions and clashes, although some observers say Moscow may be testing US President Joe Biden’s commitment to defending Ukraine.

In his first call with Zelensky earlier this month, Biden affirmed Washington’s “unwavering support” for Kiev in the conflict, which has claimed more than 13,000 lives since 2014.

The peace talks negotiated by France and Germany since 2015 have failed to end the fighting.

Zelensky, a television comedian and political outsider, came to power in 2019 promising to resolve the conflict.

Let’s Talk Europe – ‘There is no vaccine war’: EU Ambassador to UK